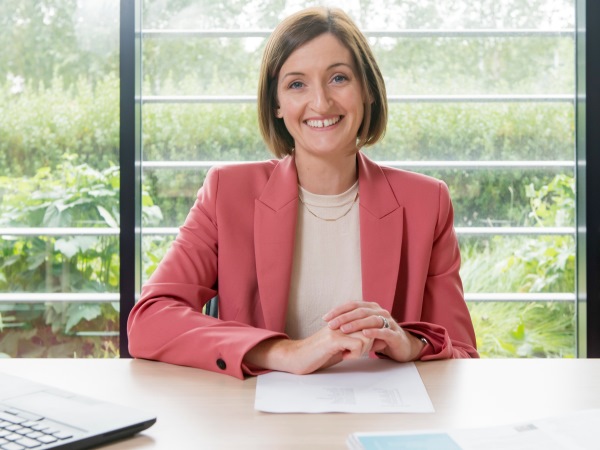 From September 2021, Dr Niamh Howlin will take over the role of Dean and Head of School in UCD Sutherland School of Law, succeeding Professor Imelda Maher who has been in the role since 2017.  Dr Howlin graduated with a BCL from UCD in 2003 and completed her doctoral studies in UCD in 2007, supervised by Professor Nial Osborough.  She is an Associate Professor and has worked in the School since 2013, having joined UCD from Queen's University Belfast where she taught for 5 years.

In her time in UCD, Dr Howlin has served in a number of different roles in the Law School, including as Associate Dean and Head of Teaching and Learning. In 2017 she received a College Teaching Excellence Award which are awarded to individual members of teaching staff for sustained commitment to teaching excellence and student learning. In 2018 she received a UCD Research Impact Case Study Award for her work on historical miscarriages of justice.  In one such case, her work was acknowledged by President Michael D. Higgins when he posthumously pardoned a man 136 years after he had been hanged for murder (https://www.ucd.ie/research/impact/researchimpact/case-studies/pdf/CASE_STUDY_Niamh_Howlin.pdf).

Dr Howlin teaches a number of subjects, including Property Law, Legal Skills and Jury Trials. She has published several books, articles and reports on aspects of legal history, court procedure and juries. Her most recent books are Law and Religion in Ireland 1700-1970 (with Dr Kevin Costello); Juries in Ireland: Laypersons and Law in the Long Nineteenth Century;  and Lyall on Land Law (with Dr Noel McGrath).  In 2020 she co-authored Judges and Juries in Ireland: An Empirical Study (With Dr Mark Coen, Dr Colette Barry and John Lynch).  She is currently working on a history of the Irish Bar.  Further details of Niamh's research can be viewed at: https://people.ucd.ie/niamh.howlin.