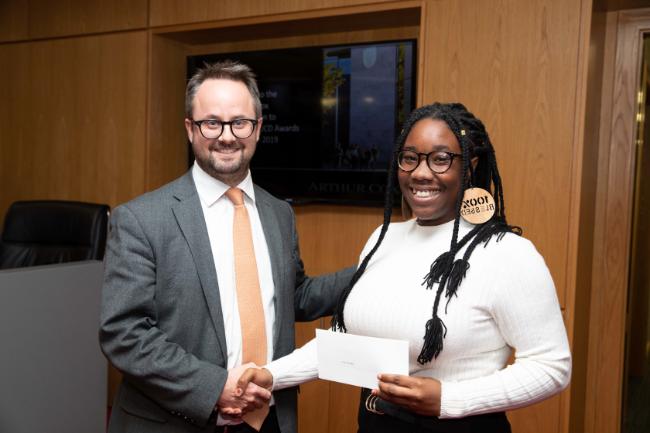 Sutherland School of Law was delighted to partner with Arthur Cox recently to honour students who have made a significant contribution to university life, over and above any academic achievement. The ‘Contribution to Student Life Awards’ are open to BCL and Business and Law students when they are in third year, with a prize being awarded for each programme. We congratulate Grace Oladipo and Hannah Garvey, both now in final year, who were awarded, the 2018/2019 BCL and Business and Law prizes, respectively.

The awards were judged by Rob Cain, partner in Arthur Cox, Professor Jason Last, UCD Dean of Students and Associate Dean of Law, Paul Ward.  Rob Cain who announced the winners, commended the wonderful contribution made by all finalists which also included Andrea Whelton, Laura Hogan, Manal Mukhtar, Caoimhe Gethings and Kathleen Connolly.  He commented that all finalists demonstrated outstanding achievements and a strong commitment to making a contribution to the wider community.

Grace Oladipo’s achievements have included her work as an Access Leader, an International Students’ Campaign Co-ordinator and a Students’ Union Class Representative. Grace was responsible for setting up the UCD Gospel Choir which has performed at many events in UCD since its foundation.  Grace has also set up a non-profit organisation focussed on providing long-term assistance by supplying care packs to the homeless.

Hannah Garvey’s contribution to university life whilst in UCD has been outstanding also. She has been a peer mentor, an active member of three student societies, has represented UCD at a Solicitors Case writing Competition and a Student Managed Fund Competition. She is heavily involved with the UCD hockey team, has volunteered overseas and worked as a sports coach in a university in Canada. She has been awarded a UDC Advantage Award for engagement in sports, academia and volunteering within the university.

The awards were developed by Arthur Cox to encourage students to avail of the opportunities that university offers them. The criteria for awarding are described as those students who can demonstrate that they are ‘catalysts for change, who strive to improve their community, to maximise their own potential, and to contribute to all aspects of university life in a positive and meaningful way’. Sutherland School of Law congratulates both worthy winners on their significant achievements. 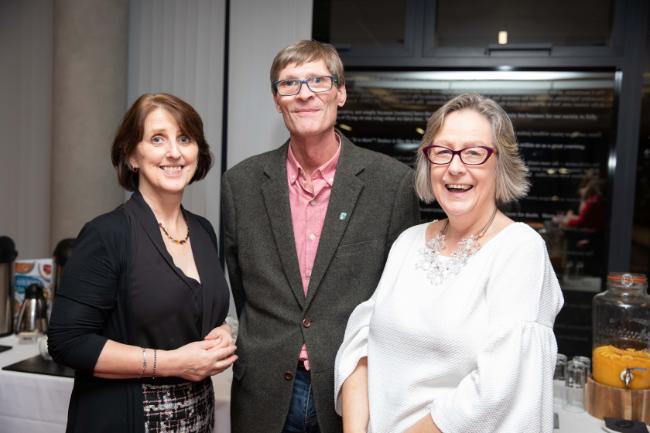 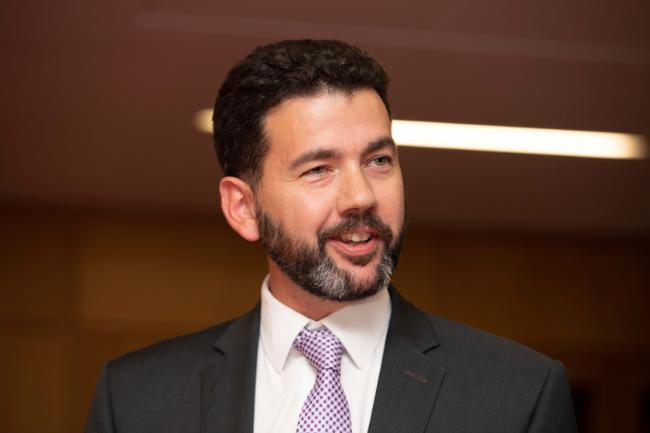 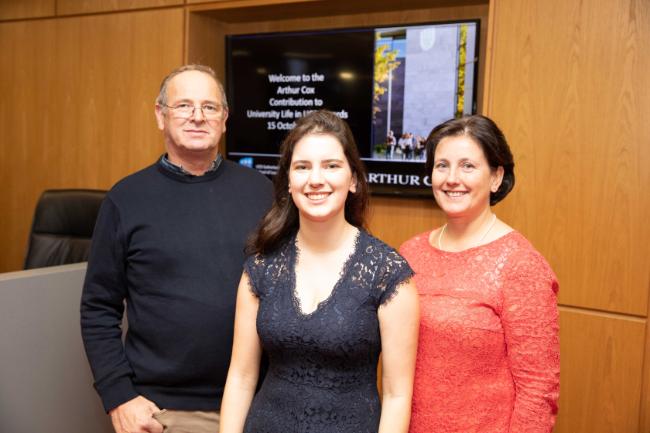 Laura Hogan, former Auditor of LawSoc was one of the finalists 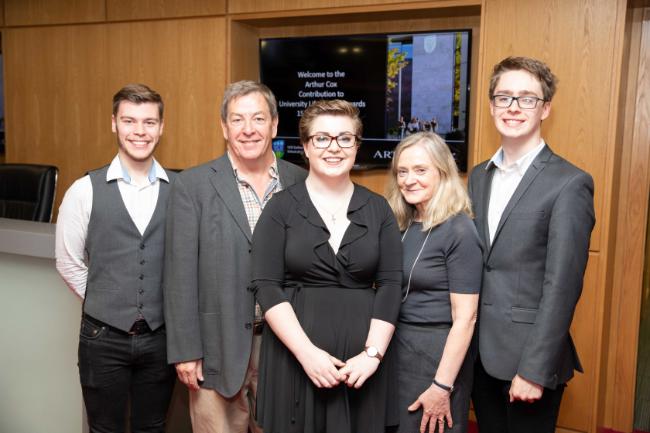 Finalist Caoimhe Gethings with family and friends at the Awards 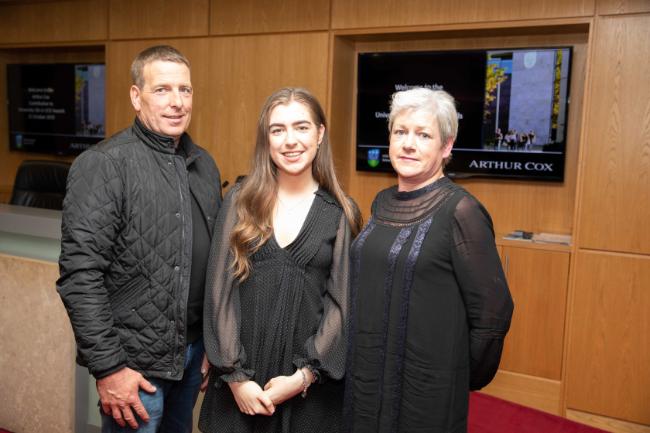 Andrea Whelton, pictured with her parents, was also a finalist at the Awards