On Friday 29th March, 2019 the UCD Sutherland School of Law hosted a memorial event for Peter Sutherland. Peter was one of UCD's most distinguished alumni on both a national and international stage. Together with Peter's family, friends, former classmates and colleagues, UCD School of Law gathered to pay tribute to this accomplished man. Lauded as a humanitarian and champion of migrants, Peter built a global reputation over a lifetime of achievements in law, business and international affairs. 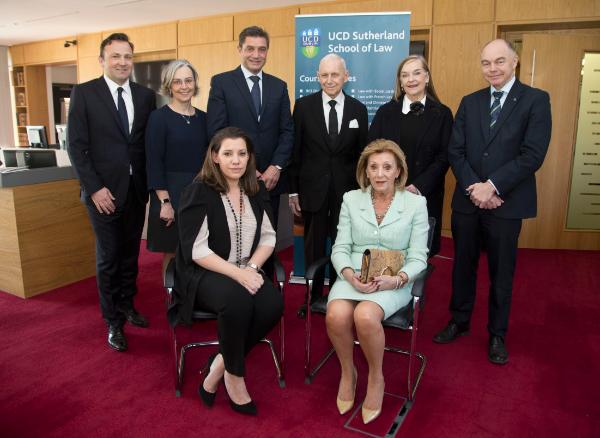 Ambassador William L. Swing – a former Special Representative of the UN Secretary-General who served two terms as Director General of the International Organization for Migration - was the keynote speaker on the day. Mr. Swing highlighted Peters contribution to migration and his creation of the Global Forum on Migration and Development. (See below a video recording of the Ambassador's speech).

Mr. Swing stated - “The significance of which is that it was the first time ever that the governments of the world came together to look at solutions on how better to manage migration responsibly and humanely. This had never happened before. Peter made this happen.”

“The Global Forum was the precursor to everything that has followed since in the field of migration. [Peter] helped to foster an environment where the member states of the UN could come together in a declaration that called for migration to be included in the post 2015 agenda… in contrast to the stark failure of the Millennium development goals from 2000.”

Mr. Swing also mentioned how Peter was passionate in the fight against fake news - specifically in relation to migrants and the threats they pose to the countries they find themselves in.

“He didn’t make himself popular with this outspoken condemnation of anti-migrant sentiment, but Peter was never concerned about being popular but rather by doing the right thing,” he said.

“The Peter Sutherland I knew and admired was a committed and engaged humanitarian… and you don’t always think of CEOs and people in the business world as being humanitarians… [but] people listened to Peter because he was a great communicator, a masterful communicator.” 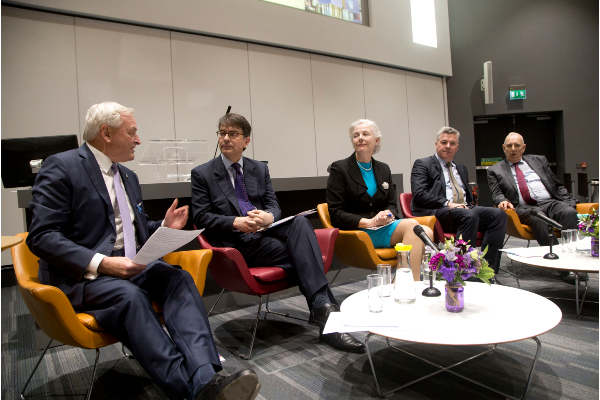 The conclusion of the panel saw Professor Imelda Maher present the family with Peter's student record card from his time as a student in UCD.  It was clear from the stories and anecdotes told on the day that Peter left a lasting impression with everyone he met. His lasting legacy, the superb Sutherland School of Law building is indeed a fitting tribute to the highly distinguished UCD law alumnus, Dr Peter Sutherland.