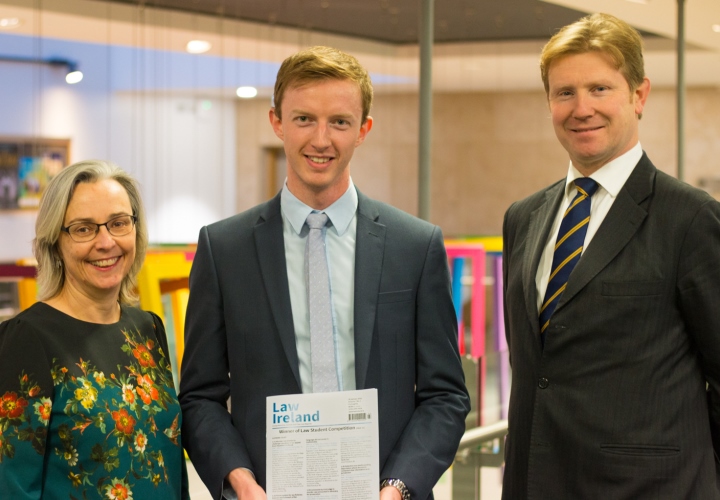 The UCD Sutherland School of Law congratulates Robert Lee, fourth year Law with Economics student, on winning the inaugural Law Ireland student competition.  It is a particularly notable win because of the interesting format of the competition whereby law  students are challenged to find a judgment of the superior courts that they disagreed with, and to write their own 'dissent'. Robert Lee, a UCD Ad Astra student, chose to write about the well-known 2006 decision of A v. Governor of Arbour Hill, where the Supreme Court decided not to release a man convicted of a sexual offence, even though the statute under which he was convicted had been deemed unconstitutional.

In announcement of the winner, one member of the judging panel commented: “I liked the way the author had a go at the populist nature of the majority decision but maintained a veneer of polite collegiality in doing so.”

Robert Lee’s winning entry is published in the current edition of Law Ireland."