UCD Sutherland School of Law was delighted to host a major event for the Irish Hub of the European Law Institute (ELI).  A distinguished panel of speakers addressed the subject of ‘New Directions for the Irish Legal System after Brexit?'.  This included highly engaging contributions from the Former Lord Chief Justice of England and Wales, Lord Justice John Thomas (photographed above), and Mr Justice William McKechnie of the Supreme Court of Ireland.  The panel was chaired by Mr Justice Paul Gilligan who is a Member of the Council of the ELI and he was joined by Professor Denis Phillipe of the University of Louvain who was one of the institute's founding members. The event attracted an audience of over one hundred and fifty guests which was made up of members of the judiciary, the law library, law society, law firms and legal academics

Professor Imelda Maher, Dean of the School of Law who is the Sutherland Full Professor of European Law, welcomed the distinguished panel and guests and acknowledged that the School of Law was honoured to host this important event for the European Law Institute.   Following the excellent contributions from the panel on the subject, a lively questions and answers session followed with many members of the audience keen to discuss this highly topical subject matter.   The evening concluded with a drinks reception hosted by Sutherland School of Law.

The European Law Institute was founded in June 2011 as an entirely independent organisation with the aim of improving the quality of European law.  The ELI seeks to initiate, conduct and facilitate research, to make recommendations, and to provide practical guidance in the field of European legal development.   Those seeking to become members of the Irish Hub of the ELI can find out more on the website www.europeanlawinstitute.eu or by emailing secretariat@europeanlawinstitute.eu 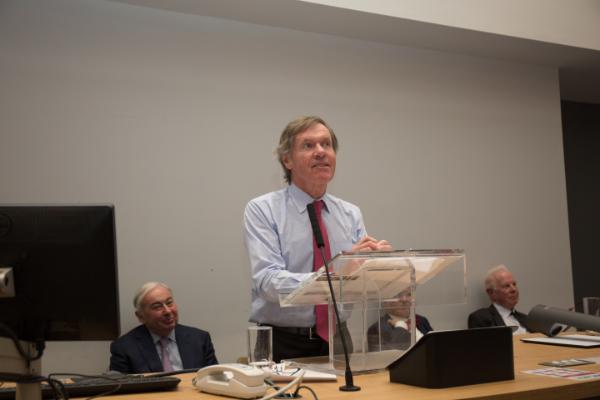 Mr Justice David Barniville in conversation at the reception 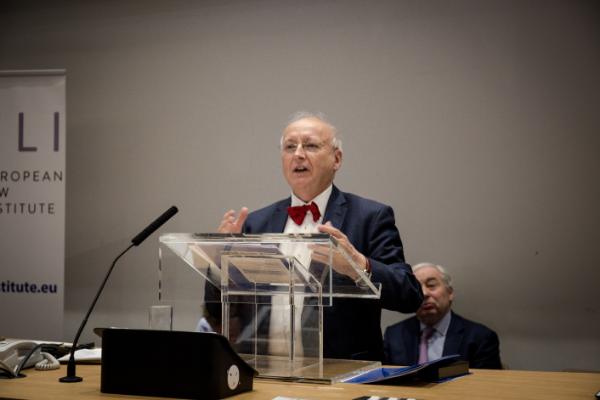 Professor Denis Philippe, one of the founder members of the ELI 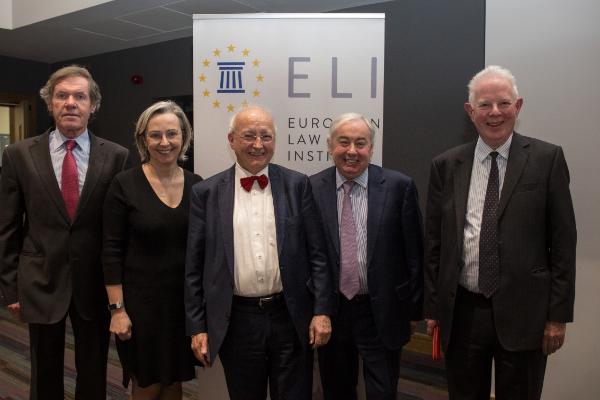