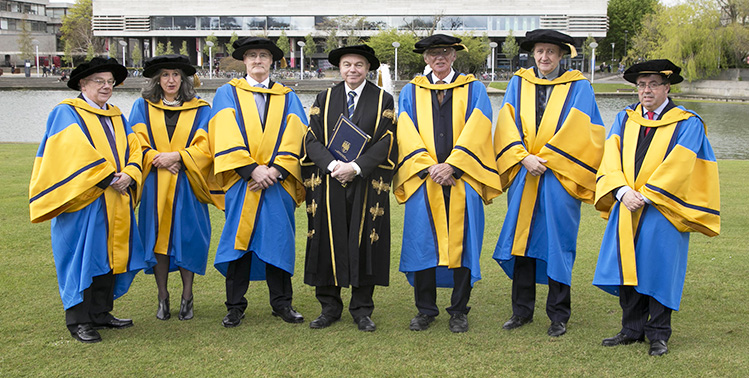 University College Dublin has awarded honorary degrees to six candidates for work that has improved public understanding of the formation and development of the Irish state.

These include the Ulster Convenant, foundation of the Irish Volunteers, Home Rule, 1913 Lockout, 1916 Rising and World War I anniversaries.

Their contributions and leadership brought first-hand testimony from 1916 Rising figures to light, invigorated the study of Irish and European history and provided a framework for analysing the formation of the Irish state and its laws.

Catriona Crowe, Head of Special Projects at the National Archives of Ireland was awarded an Honorary Degree of Doctor of Literature from University College Dublin. 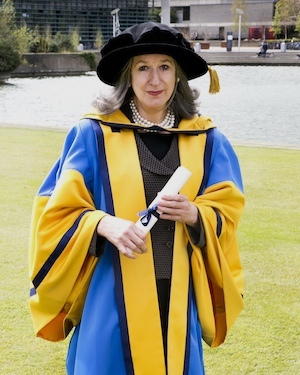 Crowe led efforts to digitise and release archives related to the 1916 Rising. She is also Manager of the Irish Census Online Project.

The release of 1916 Rising material “has amounted to an invitation to complicate the narrative of modern Irish history,” said Prof Diarmaid Ferriter, UCD School of History, in his citation.

“That we can and must complicate the narrative is due in no small measure to her efforts to champion the release of archival material, to do the work to make the releases possible and to powerfully communicate the content of such material and interpret it in a lively, scholarly and provocative way.”

“Catriona is a champion of public history in all its manifold forms.”

Michael Mann, Professor of Sociology at University of California, Los Angeles was awarded an Honorary Degree of Doctor of Literature from University College Dublin. 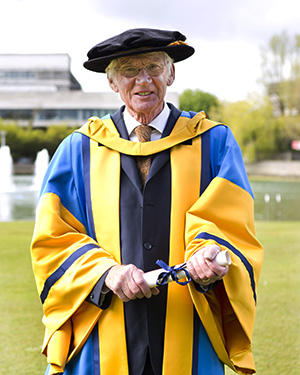 The work of Prof Mann has explored power, state formation, nationalism, genocide, fascism and ethnic cleansing. He is also Honorary Professor and Director of Research at University of Cambridge.

“His magisterial and multivolume series The Sources of Social Power (four volumes published between 1986 and 2013) has made the most profound impact on scholars all over the world,” said Dr Steven Loyal, UCD School of Sociology, in his citation.

“These four books offer a novel and groundbreaking analysis of social power over the past ten thousand years and as such demonstrate a unique analytical skill and achievement that no other contemporary sociologist can match.” 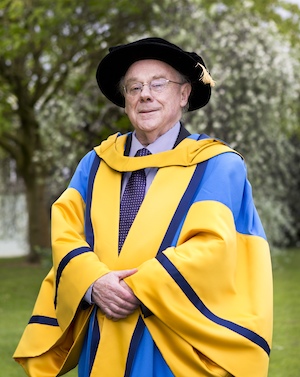 Lee is Glucksman Chair of Irish History, Professor of Irish Studies and Director of Glucksman Ireland House at New York University. He was elected to Seanad Éireann in 1993 and inducted into the Royal Irish Academy in 1985.

“If you are looking for a capsule Joe Lee read his 2009 Dictionary of Irish Biography entry on Padraig Pearse,” said John McCafferty, UCD School of History, in his citation.

“Here chronology is a loose binding for tight analysis of character and ideas. Here is interpretation instead of plodding reconstruction.”

“The result is electric. Lee excites sympathy and revulsion at once, so that the more we recoil, the more we warm to Pearse.”

“So here we are today rightly honouring a wise word player who has compelled us all to think more clearly, more deeply and more accurately about the whole history of Ireland, of its neighbour and of its European fortunes.”

The Hon. Mr. Justice Gerard Hogan was awarded an Honorary Degree of Doctor of Laws from University College Dublin. 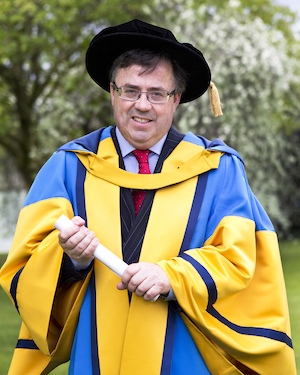 The Hon. Mr. Justice Hogan is a Court of Appeal judge and former High Court judge. He has co-authored The Irish Constitution and Administrative Law, both required reading for law students.

“With both these texts, he has defined the fields of constitutional law and administrative law in Ireland, proving himself doctrinally rigorous in analysing the complexities of Irish law in the context of the common law and its evolution in other jurisdictions,” said Prof Imelda Maher, UCD School of Law, in her citation.

“He has helped give shape and form to the constitutional imagination of an independent Ireland the idea of which was aspired to outside the GPO on that fateful day in April 1916 and for that, we honour him today.”

Victor Laing, former Commandant and Officer Commanding of Military Archives was awarded an Honorary Degree of Doctor of Laws from University College Dublin. 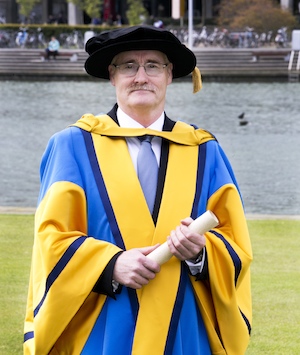 Laing joined the Irish Defence Forces in 1974 and received his commission in 1976. He completed two tours to the Lebanon with the United Nations Interim Force in Lebanon from 1980-81 and 1985-86. He became second-in-command of Military Archives in 1986. In 1988, he completed a Higher Diploma in Archival Studies at UCD. He was appointed Officer Commanding Military Archives in 1999.

“Beyond preservation and acquisition, it is safe to say that Victor Laing has been a true pioneer in the field of Irish archival access,” said Dr Conor Mulvagh, UCD School of History, in his citation.

“As Officer Commanding Irish Military Archives, Victor presided over one of the most remarkable and extensive archival digitisation projects in the history of the state.”

Laing was in charge of preparing the Bureau of Military History for release. It had been in possession of the Department of the Taoiseach for forty-five years, not to be opened until the final contributor had died.

The archive held “1,773 witness statements, associated documents and recordings collected by the State between 1947 and 1957.” It was made freely available online in 2003.

“I would argue, and I believe it is not an overstatement to say, that this achievement remains one of the most incredible feats of vision, perseverance, and commitment in Irish archival history.” 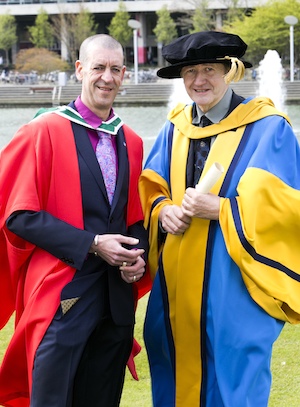 “Professor Foster’s published work is remarkable for its depth and range and for its sustained quality, concentrating on late nineteenth and twentieth century Ireland,” said Prof Tadgh Ó hÁnnracháin, UCD School of History, in his citation.

“In Yeats it can be suggested that Professor Foster found the ideal subject and, as no less a critic than Seamus Deane has acknowledged, Yeats found the ideal biographer. For a historian to do justice to such a colossal literary figure was a formidable challenge.”

“As Bernard O’Donoghue has noted Foster’s methodology rises triumphantly to this challenge, placing the poems in relief against historical and personal documentation, both in their chronological place but also transcending it, and thus offering an illustration of the mysterious process by which major poems emerge from scattered experience.”