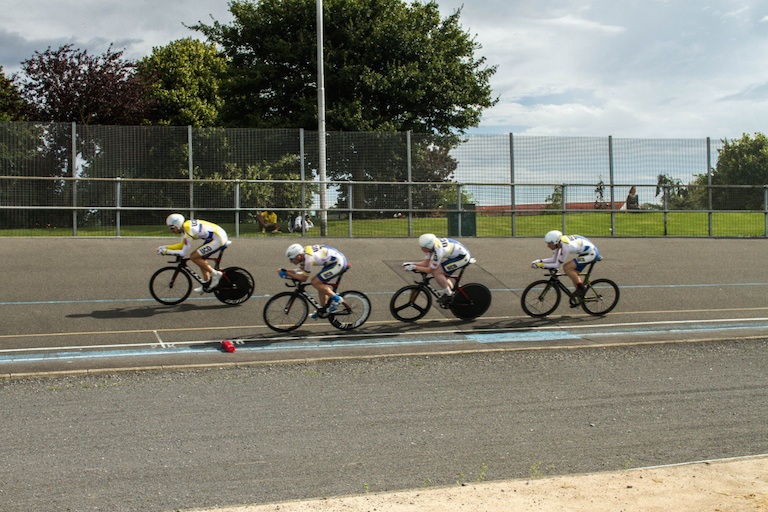 The team of Ian Richardson, Eoin Morton, Con Collis and Terry O’Malley improved on the previous national record by almost three seconds. They averaged a speed of 55 km (34 miles) per hour in the race.

Team pursuit cycling takes place over 4000m with teams of four riding in single file formation to maximise speed by reducing drag. The lead cyclist rotates during the race by leaving the front and dropping back to the rear of the group.

Super result for @breakaway_ian our first major stage race win. Must be the @FujiBikes SL. Great work by the team https://t.co/B2mcvHypsY