New research has found no evidence that breastfeeding boosts children’s intelligence or other cognitive abilities.

The findings, published in the journal Pediatrics, run contrary to previous studies on breastfeeding that found that it does boost intelligence.

The researchers from University College Dublin (UCD), led by Dr Lisa-Christine Girard, analysed the effects of breastfeeding on children’s cognitive abilities, such as problem-solving and vocabulary, at ages three and five. They also looked at the effects of hyperactivity in children who breastfed. 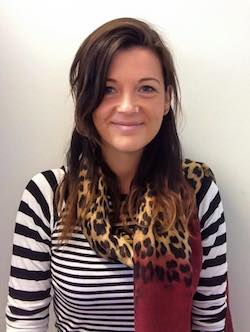 The study involved 7,478 children at ages three and five who participated in the Growing Up in Ireland longitudinal study of children. The paper was published in the journal Pediatrics.

It was led by Dr Lisa-Christine Girard, UCD School of Public Health, Physiotherapy and Sports Science and the UCD Geary Institute.

The investigators used a type of statistical analysis called “propensity score matching” (PSM) that accounted for certain factors that would make certain mothers more likely to breastfeed, such as socioeconomic status and level of education.

The researchers ensured the analysis separated the factors that influence children’s development and intelligence from breastfeeding itself.

Previous studies, for example, have shown that children from families of lower socioeconomic status are less likely to be breastfed.

By employing the PSM method, the researchers examined two groups of children, from similar family backgrounds, that were equally likely to be breastfed.

After accounting for the socioeconomic factors, the scientists found that there was no statistically significant evidence that children at ages three and five who were breastfed as babies had gained more cognitive abilities than children who were bottle-fed.

It is widely accepted that breastfeeding has many health benefits for babies, such as protecting them from infection-related deaths and sudden infant death syndrome.

The analysis found that only three-year-olds who had breastfed for six months or more scored higher on tests of problem-solving and lower on tests for hyperactivity.

But after accounting for the other factors, the researchers found that the benefits for problem-solving between the two groups were not statistically significant.

They found children who were breastfed for six months or more had fewer problems with hyperactivity at the age of three.

However, this positive outcome for three-year-olds disappeared by the time they had reached the age of five. No evidence was found that breastfeeding improved or affected vocabulary at either age three or five.

The analysis also concluded that there were no statistically significant cognitive benefits at all for children who breastfed at the age of five.

Ireland has one of the lowest rates of breastfeeding in the world. The Growing Up In Ireland study found that only 56 per cent of Irish mothers breastfed, compared to rates of around 90 per cent elsewhere in Europe.

The paper is entitled Breastfeeding, Cognitive and Noncognitive Development in Early Childhood: A Population Study.