Applying an electric field to water in a naturally occurring protein substantially boosts the flow of the liquid and opens up the possibility of delivering more efficient water treatment technology, according to a study co-authored by UCD academics.

The research found that applying circularly polarised electric fields to water in human membrane-protein channels, known as aquaporin 4, resulted in “electro-pumping” that doubles the flow of water through the biological channels.

Aquaporins (AQP) are proteins that channel water in all known life forms and are crucial to the regulation of water in organs and cells. 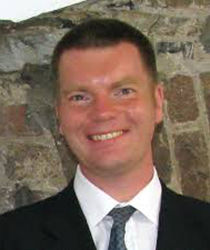 The investigators used a molecular dynamics simulation to study what effect the application of the external force of an electric field would have on the permeability – or flow of water – through an aquaporin.

Circularly polarised (CP) electric fields rotate in a propeller-like manner. The investigators found that when applied to water molecules’ the rotational or propeller-like momentum of the CP field thrusts water into linear or forward momentum.

The application of the electric CP fields resulted in what they described as “electro-pumping”, which doubled the flow of water through the aquaporin.

The analyses also found that salt molecules in salt water are too large to exit the aquaporins, and, as a result, the process also provides a method of desalinating water.

“What is novel [in this study] is our ability to control and manipulate the amount and the speed and rate at which water is permeating through the membrane,” said Professor Niall English.

“We can double the rate of permeability of the water through aquaporins using CP fields.”

The authors concluded that the “electro-pumping” raises the “breakthrough possibility of rotating-field enhancement and control over water permeability in aquaporins, or other biochannels as a potentially viable and competitive water treatment technology”.