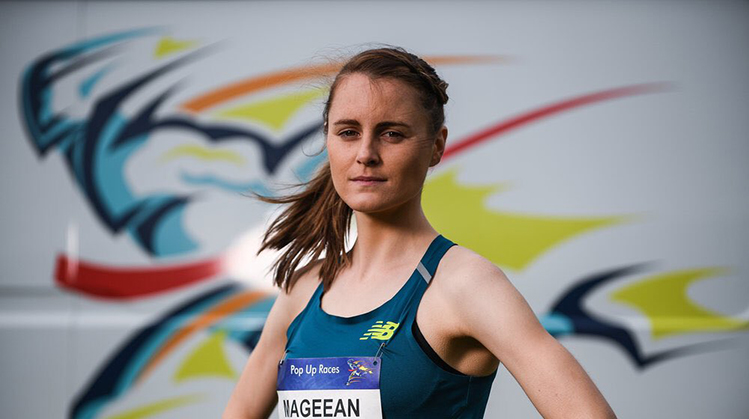 Track & field star Ciara Mageean has comfortably qualified for the 1500m final at the European Championships.

Placing second in her heat, the UCD Ad Astra athlete clocked in at 4.09.35 behind Great Britain's Laura Muir – who finished with a time of 4.09.12.

A podium finish at the championships is now on the cards for the 26-year-old from County Down.

A cool 4:09.35 from @ciaramageean is good enough for second behind Laura Muir and a place in the 1500 metres final at #Berlin2018 #EuropeanChampionships2018 #RTEsport pic.twitter.com/zMEcNbMgU0

The former student of the School of Physiotherapy is likely Ireland’s best chance for a medal at the six-day long competition in Berlin, having previous won bronze at the competition in Amsterdam in 2016.

The Portaferry women is one of only three Irish female athletes, alongside Sonia O'Sullivan and Derval O'Rourke, to have won a European Championship medal, and is confident she can repeat the feat.

“I don’t come into a championship unless I believe I’m going to go and give 100% and hopefully that will reap the rewards that I want,” Mageean told RTÉ Sport after her heat.

“It’s going to be a tough race out there so hopefully give a good account of myself.”

Mageean runs in the final at 8pm on Sunday.

Quality morning performance by @ciaramageean and into the 1500 final pic.twitter.com/P8EWL63qJG

Elsewhere Mark English, from the School of Medicine, was eliminated in 800m heats despite a season’s best time of 1.48.98.