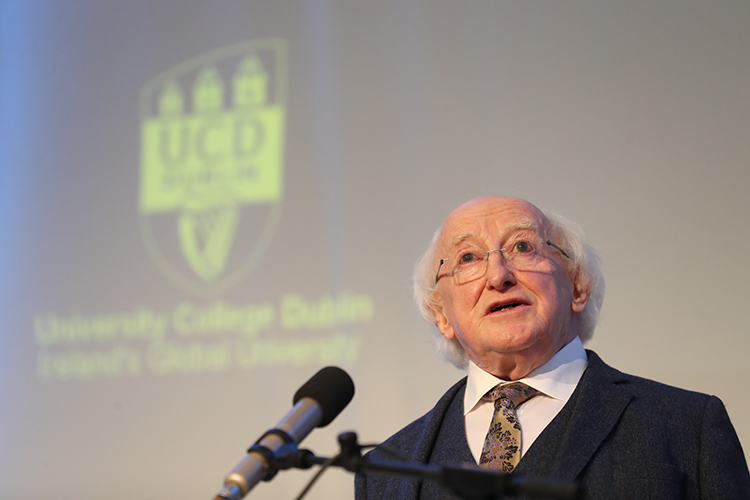 In his inaugural lecture of the Hyde Lecture 2018 series, President Higgins said his predecessor, who was the first Professor of Modern Irish in University College Dublin in 1909, had been a pioneer of the Irish language.

“It was to the people he looked for the regeneration of Irish culture, a culture sustained by an ancient inheritance, but also alive to new forms and innovations, and to all the possibilities and potentials of the future,” he said.

President Higgins described Hyde as having a “linguistic richness” which native Irish speakers at the time “did not fully understand”.

“One of his students, Gerard Murphy, later the Professor of History of Celtic Literature at UCD, records that Hyde frequently chided those who would correct his students over some grammatical error, ‘we must not be purists’.”

Future lectures in the Hyde series will focus on other Irish leaders with strong links to Irish culture, literature and language.

The series is a collaboration between the UCD and the National University of Ireland.

Professor Regina Uí Chollatáin, from the UCD School of Irish, Celtic Studies and Folklore, said Hyde, who served as Irish President from 1938 to 1945, was the inspiration for the series because of his prominent role in reviving the Irish language. 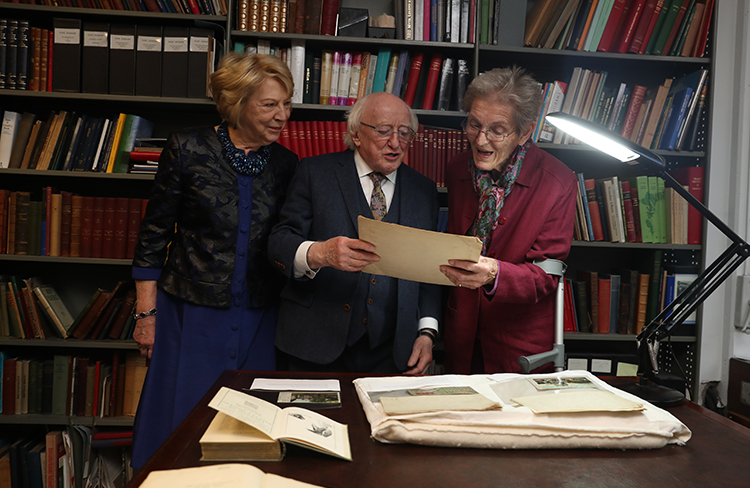 “Were it not for Hyde it is almost certain that Irish language and culture would be part of a 'classical' heritage as opposed to a living heritage,” she said.

This year marks the 80th anniversary of Hyde’s presidency, and is also Bliain na Gaeilge, a celebration of the revival of the Irish language over the last 125 years.

As a leading figure in the Revival, Hyde was a foundering member of Conradh na Gaeilge (The Gaelic League) and became its first president in 1893.

In his academic life, he became the first professor of Modern Irish in UCD in 1909 and held the chair until his retirement in 1932.

He ended his distinguished career by being elected first President of Ireland in 1938 and remained in office until his term was finished in 1945.

“It made absolute sense to highlight the role of this prominent figure in UCD in the context of present commemoration events and research and his very important role in the formation of Irish society,” said Professor Uí Chollatáin.