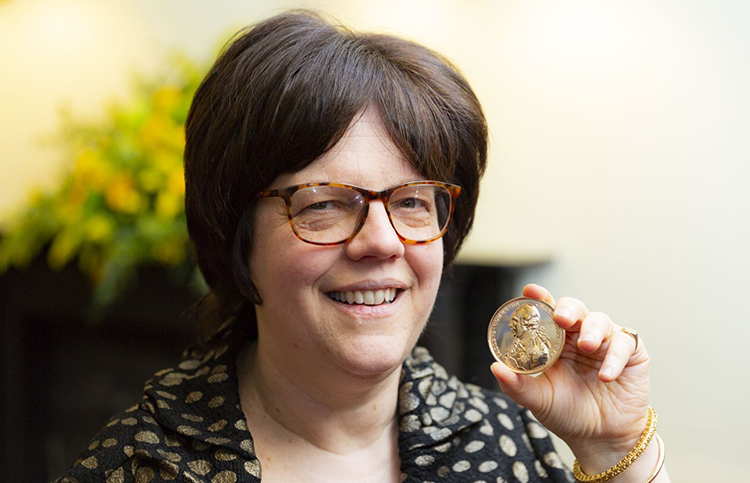 UCD Professor Kathleen James-Chakraborty has been presented with the Royal Irish Academy Gold Medal, becoming the first woman to receive the award.

The architectural historian, from the UCD School of Art History and Cultural Policy, was awarded the prestigious prize by Minister for Education and Skills Joe McHugh, TD, at a special ceremony at the RIA.

The Academy’s Gold Medals are considered the highest scholarly accolade in Ireland, with only two awarded each year.

Professor James-Chakraborty received her Gold Medal for her work in the humanities, and is the seventh UCD academic to receive the honour since its inception in 2005.

Astrophysicist Professor Stephen J. Smartt, of Queen's University Belfast, received a medal for his contributions to the mathematical sciences.

Minister for Education and Skills, Joe McHugh TD said: “[These] awards demonstrate the commitment of the academics to the highest standards of scholarship.

“They have been judged by their peers to have made outstanding contributions in their respective fields and their work is an inspiration to our future generations of researchers.”

Kathleen James-Chakraborty said “I am deeply grateful to the Academy and to @HEA_Irl. I am particularly honoured to be the first women to receive this medal and further the legacy of #FrancoiseHenry and #AnneCrookshank who established art history as a discipline in Ireland."

Professor Peter Kennedy, President of the Royal Irish Academy added: “Through her insight, [Professor James-Chakraborty]’s reach has advanced the boundaries of her discipline.

“She has hugely advanced our understanding of modern architecture through her scholarship, her public engagement, and through her role as prominent public intellectual.”

Paul O’Toole, CEO of the Higher Education Authority said: “We need trailblazers in research to explore, to challenge and to explain – the gold medal winners are experts in doing this.”

Prior to coming to UCD in 2007, she was a professor in architecture at the University of California, Berkeley.

A past chair of the Irish Architecture Foundation, she is a current member of the board of the Society of Architectural Historians, and of the Building of Ireland Charitable Trust, the Chester Beatty Library and the National Museum of Ireland, where she chairs one of the two standing committees of the board.

To date the UCD academic has authored four monographs, more than 70 book chapters, journal articles and contributions to exhibition catalogues, and she has co-edited six collections of essays and special journal issues. 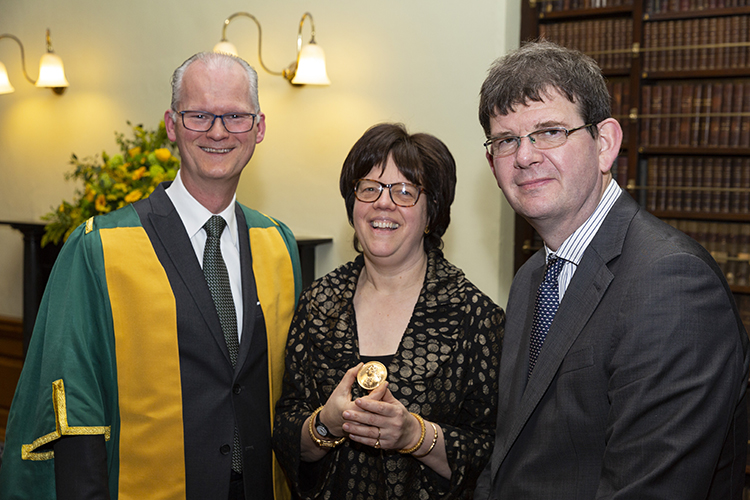 The RIA’s Gold Medals, sponsored by the Higher Education Authority, were established in 2005 to acclaim Ireland’s foremost thinkers and acknowledge the global impact of their work.

Recipients are judged by their peers to have made outstanding contributions in the fields of the humanities, social sciences, physical and mathematical sciences, life sciences, engineering sciences and the environment and geosciences.

The Royal Irish Academy (RIA) is an all-Ireland, independent, academic body that promotes study and excellence in the sciences, humanities and social sciences.

It is the principal learned society in Ireland and has approximately 500 members who are elected in recognition of their academic achievements.