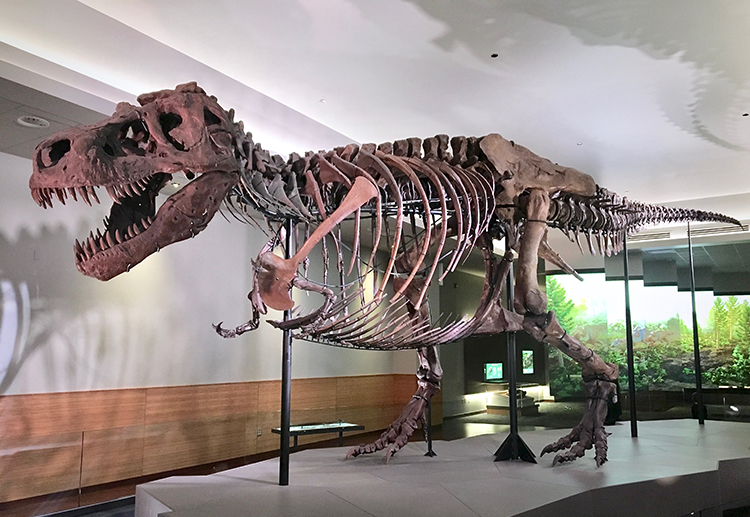 Tyrannosaurus rex and its siblings likely had the keenest sense of smell among dinosaurs, a new study suggests.

Using previously collected data from dozens of living and extinct birds as a guide, as well as other animals on the archosaur branch including crocodiles and alligators, researchers at University College Dublin reconstructed how powerful the sense of smell of some avian dinos might have been.

Their analysis showed that Tyrannosaurs, particularly the famous member of the lineage T-Rex, likely have had the most impressive sense of smell.

Publishing their findings in ‘Proceedings of the Royal Society B’, Dr John Finarelli and Graham Hughes, from the UCD School of Biology and Environmental Science, used the olfactory bulb ratio in modern birds to predict the strength of smell in certain dinosaurs.

In most modern animals, the size of the brain’s olfactory bulb (OB) - which processes smell - correlates with how well they identify odours.

This OB ratio can act as a guide to explain the ecological niche an animal has evolved to occupy.

A bird that hunts at night by scent, for example, will have adapted to its environment very differently to another that looks for its next meal on the high seas.

Looking at the correlation between the body of living animals and their sensory abilities, it is hoped that such an approach could help further studies better understand the behaviours of long-extinct species.

As the brains of dinosaurs do not fossilize, endocasts (brain imprints found on the inside of a skull) were used in the study to estimate the size of the olfactory bulb in several dinosaurs.

When the researchers projected the OB ratio of living creatures back to dinosaurs, they found evidence that many likely had very well developed senses of smell.

T-Rex, for example, was likely able to rely on its nose to track prey over long distances, like modern wolves do, or to find carrion, like turkey vultures, the study notes. 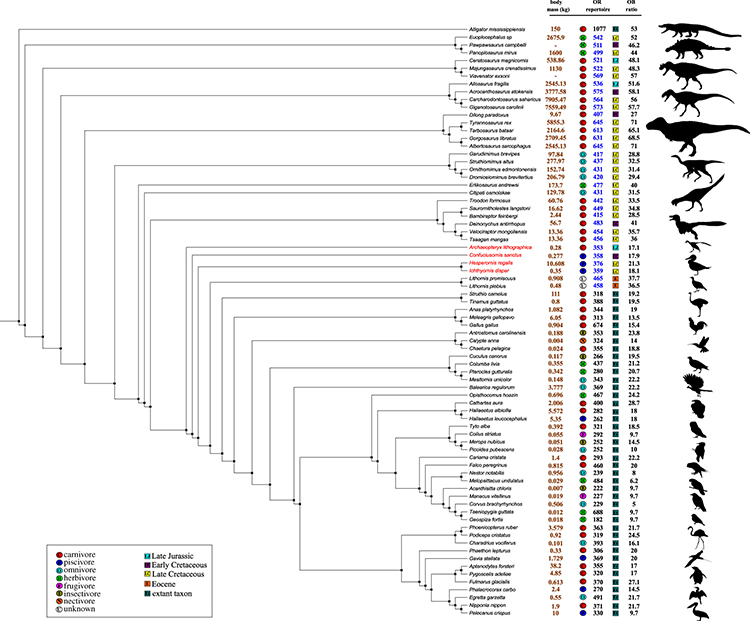 Previous research published in 2008 also points to tyrannosaurs being among the keenest sniffing dinosaurs.

Researchers from the University of Calgary performed CT scans and measured fossilised skulls of meat-eating dinosaurs to compare the size of their olfactory bulbs.

Their findings showed that T-Rex and its siblings devoted large portions of their brains to processing smell.

“It’s trying to look at how sensory evolution is really a major player [in] whether or not you become an apex predator.”

While their findings might add further fire to the argument over whether T-Rex was primarily a predator or scavenger, the authors are keen to point out that a good sense of smell has other uses than just finding your next meal.

Many animals use scent to communicate with other members of their species, as well as define territory and find a mate.