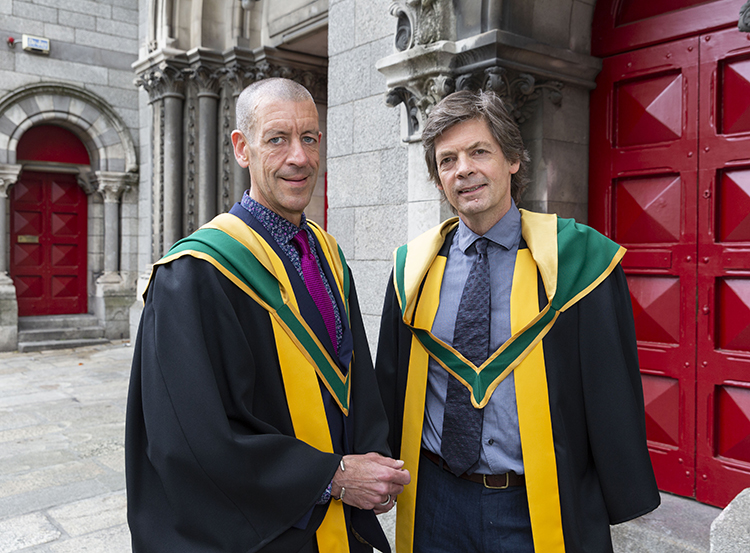 Professors Diarmaid Ferriter and Rowland Stout have been elected to the Royal Irish Academy, the highest academic honour in Ireland.

The two University College Dublin academics were each invited to sign the Academy's members book in recognition of their world-class contribution to the humanities.

The pair were elected to the Academy alongside 25 other newly admitted members at a special ceremony held at RIA on Friday, 24 May. 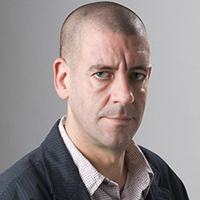 A full professor of Modern Irish History, Diarmaid Ferriter is one of Ireland’s best known historians and broadcasters.

Widely recognised for his work, the academic from the UCD School of History has focused his main area of research at the social, political and cultural history of twentieth century Ireland.

Professor Rowland Stout, from the UCD School of Philosophy, is the Director of the UCD Centre for Ethics in Public Life, which he established in 2017.

His work has established him as one of the prominent contemporary philosophers of action and mind, and includes on emotions, as well as ethics, rationality, and causal processes. 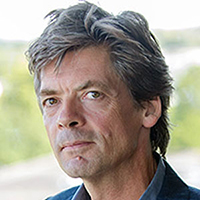 “These individuals have made exceptional contributions in their fields of endeavour. We are delighted to recognise their achievements,” he added.

There are now 606 members, of whom 87 are Honorary or overseas members, and past members to the Academy include Nobel laureates WB Yeats and Seamus Heaney.

Here are our 2019 new Members on the steps of the Royal Irish Academy. Congratulations to you all pic.twitter.com/Jqt3I1OXmZ

In February UCD Professor and RIA member Kathleen James-Chakraborty was presented with the society’s Gold Medal, becoming the first woman to receive the award.

The architectural historian, from the UCD School of Art History and Cultural Policy, is the seventh UCD academic to receive the honour since its inception in 2005.

The Academy’s Gold Medals are considered the highest scholarly accolade in Ireland, with only two awarded each year.

The Royal Irish Academy (RIA) is an all-Ireland, independent, academic body that promotes study and excellence in the sciences, humanities and social sciences.