It might have taken a considerable time before criminology took root in Ireland but the field has long since “peeled off the label” of the nation’s absentee discipline.

Speaking at a special conference in Mountjoy Prison to mark the 20th anniversary of the UCD Institute of Criminology and Criminal Justice, Ireland’s first research centre dedicated to the study of crime and criminal behaviour, Professor Ian O’Donnell, former director of the Institute, said the "buoyant nature" of criminology in Ireland today was proof that earlier attempts to found an ‘Irish Society of Criminology’ in the 1970s had had merit. 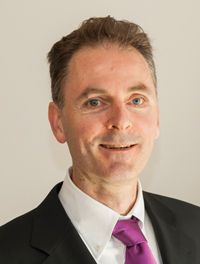 “The establishment of the Institute in UCD in 2000 was not the first attempt to create a centre for the scientific study of crime and its effects,” he said.

“A conference was held in UCD in 1971 to ascertain whether there might be an appetite… [to] support  some modest research activity in the field.

“The conference organiser submitted a rather innocuous paper to Dick Crowe (then the Superintending Officer for Prisons in the Department of Justice) expressing hope that it might stimulate some north-south cooperation, and that the Department might be encouraged by developments in the field.

“Mr Crowe described the conference organiser as a ‘bit of a nuisance’ who had ‘read a pitifully misinformed paper to the Irish Criminological Society at which the Six County people were aghast, the Committee of the Society embarrassed, and he was unconcerned enough about it all to ask me to correct it for publication.’”

This early dismissal for an Irish centre focused on criminology meant that it took almost 30 years later before the idea was developed further.

It was not until Irish-American entrepreneur Chuck Feeney provided the necessary funding that an Irish Institute of Criminology took shape.

“The low profile that he cultivated, and the nature of the funding mechanism that he put in place (which was covert in the early years), meant that the extent of his contribution was not always recognised; it should not be underestimated, or forgotten.

“He transformed the research landscape in the university sector and his impact was enormous across the community and voluntary sectors. His foresight and generosity made a difference.”

The UCD Institute of Criminology & Criminal Justice is running a exciting programme of events during 2020 to mark its 20th anniversary. Please email criminology@ucd.ie for further details and bookings. Hope to see you there!! pic.twitter.com/V9MIvHIGff

When the UCD Criminology Institute was established, following the efforts of Professor Paul O’Connor, then Dean of the UCD School of Law, its early work in the 2000s had significant impact on the approach to tackling crime in Ireland.

Among its works was the first major empirical study of recidivism, which found that half of all released prisoners were back behind bars within two years.

The conference to mark the 20th anniversary of the UCD Institute of Criminology and Criminal Justice saw a number of guest speakers address the need for law and policy to be based on research and not knee-jerk reactions.

The conference was the first in a series of year-long events to celebrate the centre’s two decades of work.