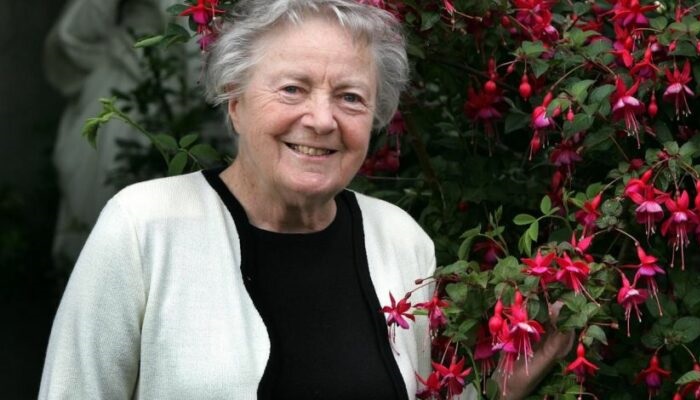 It is with great sadness that the UCD community mourns the passing of the renowned scholar and lecturer, Dr Margaret MacCurtain (Sr. Benvenuta).

Awarded her doctorate in history in 1963, she started her career as a Lecturer in History at UCD in 1964 where she taught for 30 years.

Margaret’s contributions to academic scholarship and to Irish life were multifaceted. She was a pioneering figure in promoting women’s history and the history of education, and remained a steadfast historian of early modern Ireland.

Her early publications, including Tudor and Stuart Ireland (1972), The Birth of Modern Ireland (1969) with Mark Tierney, and Women in Irish Society: the Historical Dimension (1978), a collection of essays she co-edited with Donnchadh Ó Corráin, inspired generations of historians of early modern Ireland, and of women’s history. She published her final monograph, Ambassador Extraordinaire: Daniel O'Daly, 1595-1662, in 2017.

In 1997, Women in Irish History: Essays in Honour of Margaret MacCurtain was published. In acknowledgment of her contribution to the field, Margaret's great friend and fellow historian Professor Maureen Murphy funds the Margaret MacCurtain Scholarship in Women’s History, awarded at UCD School of History each academic year.

Throughout her life, Margaret sought to advance social justice; she campaigned against corporal punishment in schools, domestic violence, and apartheid in South Africa, and advocated for children with special educational needs and the right to remarry after a civil divorce or annulment (she was patron of that campaign).

Dr Margaret MacCurtain leaves behind a remarkable legacy for generations of UCD students and staff, and for her friends and colleagues from across the world.

She will be remembered in many ways; as a warm, inspiring, and generous teacher and mentor; a woman with a razor-sharp mind and mischievous sense of humour; an advocate for social justice; an educational and social reformer; a deeply-spiritual person; a feminist; and an outstanding scholar, colleague and friend.