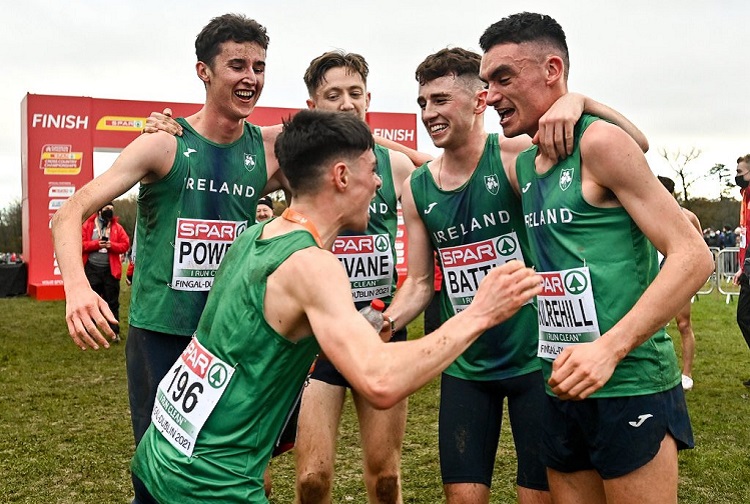 In the Men's 8,000m Under-23, the Cork native duelled with Great Britain's Charlie Hicks for the top spot – closing the line in a time of 24:29, finishing four seconds behind his race rival.

Holding off a late surge from Luxembourg to hold onto silver, the display by McElhinney, an UCD Ad Astra fellow, ensured team gold for Ireland.

Nothing better than home success in a major championships! #FingalDublin2021

His performance alongside a 6th place finish for Keelan Kilrehil; with Michael Power in 13th; Donal Devane 40th; Jamie Battle 44th; and Thomas Devaney 67th, saw Ireland edged out Great Britain and France to win the gold medal with 21 points to their 24 and 36 respectively.

“I'm absolutely over the moon. I'm happy with second, I'm more than content but the fact that the team pulled it out of the bag, I'm buzzing,” said McElhinney.

“We knew we were within a medal shot but that was just scandalous... To win team gold on home soil, you couldn’t write it. The last few years I’ve had horrible results at cross country and I wondered if I was going to keep doing it, but I’ve put in the best training block I’ve ever done and it’s all come together.”

GOLD for Ireland in the Men's U23 8000m with Darragh McElhinney leading them home with an amazing second place finish!

Darragh McElhinney was delighted after his individual silver helped Ireland to the U23 team gold medal at the SPAR European Cross Country Championships in Dublin | Report: https://t.co/X3NWvTv1aH pic.twitter.com/gUnvTMyxWC

The gold was Ireland's second team medal of the day following the U20 team taking silver in their event.

“The medals were within touching distance so that’s hard,” she told RTÉ Sport. “Fifth is still really good, the girls had a really good run and it’s amazing to be here.”

The law student was one of four current UCD students who competed at the 2020 Olympics in Tokyo, alongside a record number of UCD Ad Astra alumni.