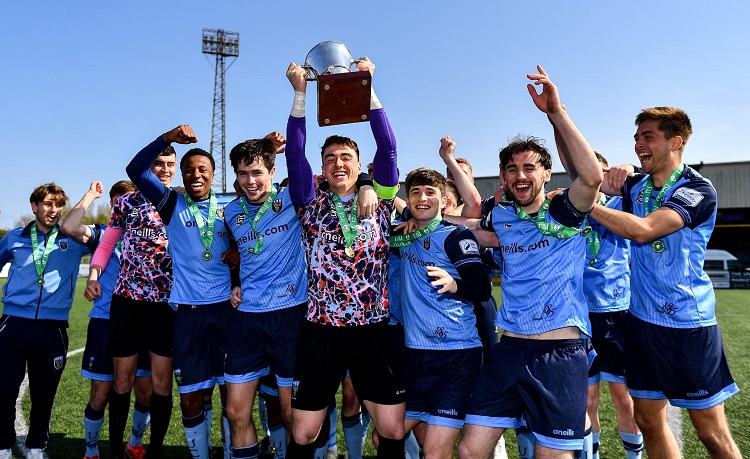 UCD has won the Irish Universities Collingwood Cup for the 48th time after a 2-1 win over Queen's University.

Featuring university teams from the Republic of Ireland and Northern Ireland, the Collingwood Cup is the oldest surviving all Ireland association football competition.

From the midfield, former Sligo Rovers academy player Rossa McAllister set the pace for UCD, scoring the side's opening goal from 20 yards out in the first minute of the game.

This lead was extended before the break by Andreas Djurhuus, who headed in UCD's second goal off a corner kick from Adam Lennon.

Queen's Lorcan McIlroy pulled a goal back midway through the second half following a second yellow card that brought UCD down to ten players.

A brilliant match and commiserations to Queens who gave a great battle pic.twitter.com/u9Kol0vu1t

Despite the disadvantage in number UCD managed to maintain their single goal lead at Oriel Park and secure not only the win, but their 48th Collingwood Cup – and in doing so, remain cup's most successful team having been its inaugural winners in 1914