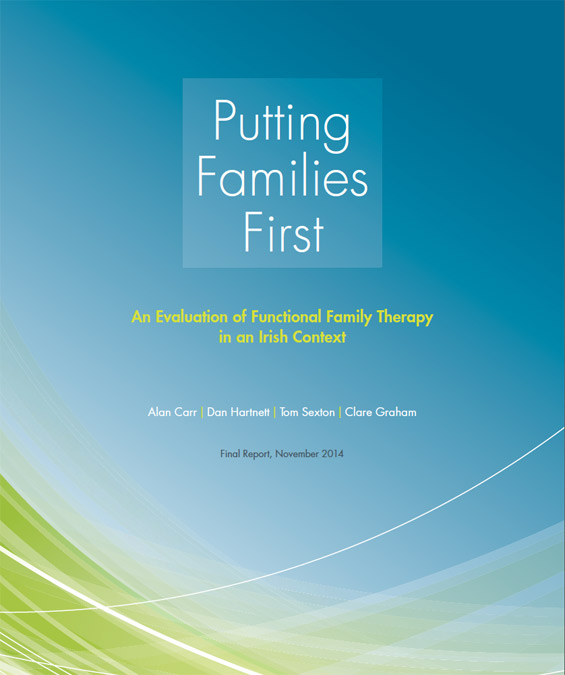 Speaking at the launch, John Lonergan said ‘Professor Carr’s report highlights the value treating young people at risk for juvenile delinquency within a family context. It shows that this approach to working with young people can be highly effective. I am certain that in the long term it reduces costs  - human costs in terms of suffering, and economic costs in terms of keeping young people out of detention centres and later keeping them out of prison. The team at Archways Families First have done a remarkable job.’

Professor Carr’s  report recommends the national roll out of a Functional Family Therapy service, and the evaluation of the effectiveness and cost-effectiveness of this service within the context of a multi-site randomized controlled trial.