Moving Ahead: Factors contributing to transfer of people with intellectual disability from congregated to community-based living options. 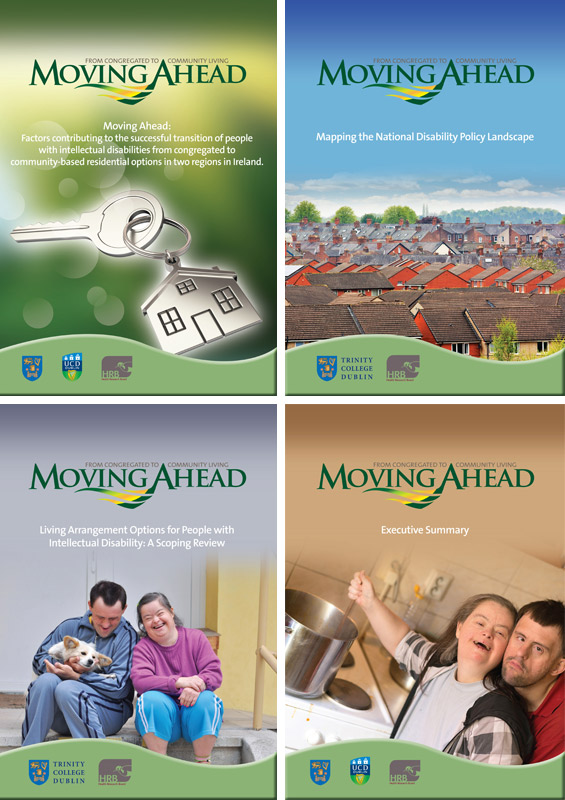 Moving Ahead was funded by a Health Services Grant awarded by the Health Research Board, was led by Dr Christine Linehan, School of Psychology UCD and a team of researchers including Siobhain O’Doherty and Dr Mimi-Tatlow Golden at Trinity College Dublin, Sarah Craig at the Health Research Board, Prof Mike Kerr at Cardiff University, Christy Lynch CEO KARE, Prof Roy McConkey at the University of Ulster and Prof Anthony Staines at Dublin City University.

To answer this research question, two regions were identified in Ireland which differed markedly in the numbers of people moving to community living. Key stakeholders were consulted in each region including adults with intellectual disability, family members, disability support staff, managers within disability agencies and HSE commissioners.  Moving Ahead also spoke to a number of national stakeholders involved in advocacy, standards and disability policy to garner their views on what some of the key barriers and facilitators are to the delivery of community-based services for people with intellectual disability.

The findings reveal that while the profile of people with intellectual disability supported in each region are very similar, the views of stakeholders within the two regions differ, most notably those in decision-making positions.  The four reports include a review of evidence-based research, a review of recent policy, a main report on the research findings and an executive summary.

PDF files of each report