HealthyAir: addressing the impacts of air pollution in Vietnam

Like many cities, Ho Chi Minh is suffering from the effects of air pollution and climate change. To help address this, the HealthyAir project team installed a network of six stations to monitor air pollution across the city, analysing pollution patterns and identifying major sources of pollution. The team included researchers and practitioners from CeADAR (Ireland’s Centre for Applied AI at UCD) and Vietnam National University.

Based on data from these monitoring stations, the team created a HealthyAir app, which uses machine learning to predict air pollution in different parts of the city. It gives warnings and advice when pollution is about to become high, so that residents can make informed decisions about exposure to harmful air pollutants.

The team shared their findings through media appearances, workshops and meetings, raising awareness of the issue among the public and policymakers. They also developed a policy recommendation for the city’s environment department, suggesting steps to tackle pollution. Together, the team’s efforts are working toward regulatory change (helping, for example, to better manage emissions from transport and industry). 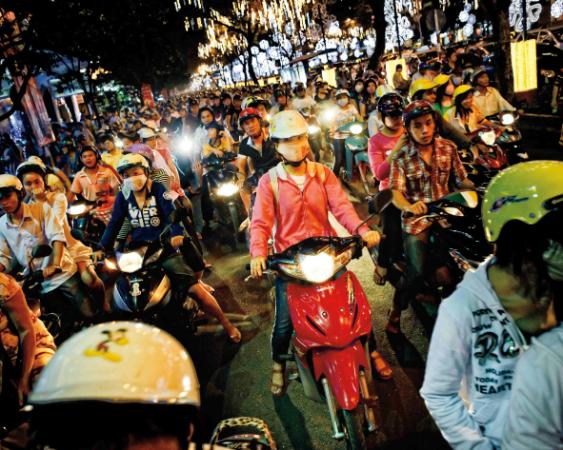 Ho Chi Minh City, the economic centre of Vietnam with a population of 9 million people, is suffering from air pollution and climate change. According to the WHO, more than 60,000 deaths in Vietnam every year are linked to air pollution. Surprisingly, before this project, the city has only one station to monitor air quality, installed at the US consulate, which was insufficient to represent air pollution levels across the city.

Between June 2020 and October 2022, the HealthyAir project team installed a network of six air-quality stations across the city, to monitor a range of air pollutants, including fine particles, nitrogen dioxide, ozone, carbon monoxide and sulphur dioxide. They used the data recorded by the network to analyse air-pollution patterns in Ho Chi Minh, geographically and over time, and to develop models using machine learning to predict future air quality, considering both weather and air pollution data.

Using these models, the team created a free HealthyAir mobile app to give residents of Ho Chi Minh City real-time information about air quality, as well as a 24-hour forecast and a warning system when pollution is high. The app was designed by a multidisciplinary team including data scientists, air-pollution experts, and medical and environmental professionals.

The team also carried out a comprehensive inventory of air-pollution and greenhous gas emissions in the city, identifying road traffic and industry as the most significant contributors. Their results were used to simulate the impact on public health – in terms of the number of deaths related to air pollution – as well as to prepare an air-pollution policy recommendation.

The free HealthyAir mobile app raises awareness about air pollution, enabling residents to take precautions when pollution is at a dangerous level. It gives warnings and advice when air pollution is high (a horizontal red line is used to warn the user when the air pollution is higher than the dangerous threshold). Considering more than 75% of adults in Ho Chi Minh use smartphones, the app represents an effective way to deliver health recommendations to a wide audience. A strategy to promote the app to reach a large number of citizens is ongoing.

The team’s comprehensive inventory of air pollution and greenhouse gas emissions is helping local authorities and policymakers to set targets and develop new environmental strategies to protect health and alleviate the impacts of pollution and climate change. 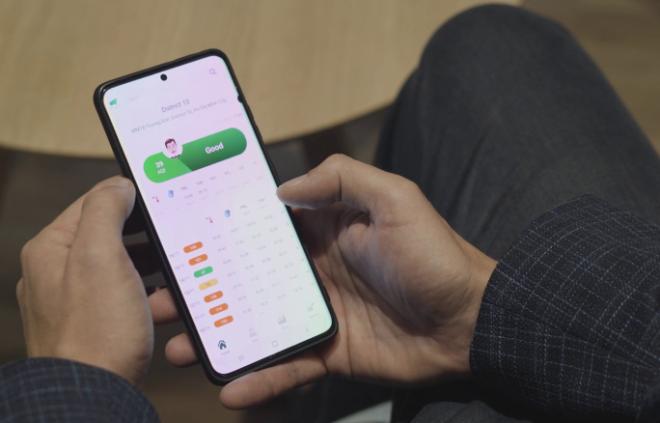 The policy recommendation developed by the HealthyAir team suggests concrete steps that policymakers can take to address air pollution, such as ways of making transport more sustainable, especially the use of motorbikes. The recommendation will be submitted to the Ho Chi Minh’s environment department. If implemented, it will help reduce pollution across the city.

The findings of the HealthyAir project have been disseminated to a wide range of stakeholders: scientists, government officials, policymakers, journalists, and the public. The HealthyAir team held workshops in Ho Chi Minh with more than 250 participants, including representatives from academia, industry and government. Another workshop, in Dublin, included a wide range of speakers, such as the Deputy Head of Mission of the Embassy of Ireland in Vietnam.

Before February 2021, only one station was available to monitor air pollution in the city. The HealthyAir team have now established an air-quality network of six stations capable of monitoring multiple air pollutants, as well as temperature and humidity. The real-time air-quality data collected from different regions will be released to enable other academics to develop meaningful research to understand and address air pollution problems in Vietnam. The team has published various journal articles on the machine learning techniques used for air-pollution prediction using multiple pollutants (see Links and References below).