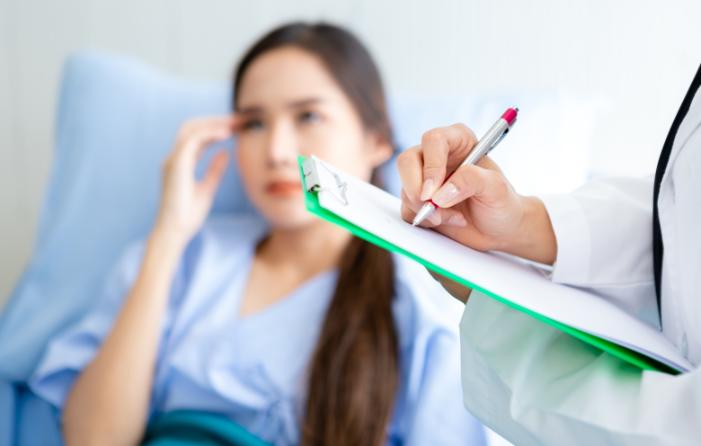 Prof. Donal Brennan is a Clinician Scientist and an Investigator at Systems Biology Ireland and Precision Oncology Ireland. He is a professor of Gynaecological Oncology and works as Consultant Gynaecological Oncologist at the Mater Misericordiae University Hospital in Dublin. In honour of International Women's Day, we have asked Prof. Brennan to share some of his expertise in the field of women's health, with a particular focus on gynaecological health.

SBI: We hear the constant mantra that prevention is key when it comes to cancer. What are some simple steps women can take to protect themselves against gynaecological cancers (if any) and what kinds of questions should women be asking their GPs and gynaecologists during routine exams?

DB: Don’t smoke, eat a healthy balanced diet, get regular exercise seem like basic things but are really important simple things. Women should attend for regular cervical screenings, even if they have been vaccinated against HPV. If you have any gynaecological symptoms - particularly abnormal bleeding between your periods or after sex you need to be reviewed and examined by a doctor.

SBI: Following on from that, how common are genetic predispositions for women in Ireland when it comes to gynaecological cancers, and what are some of the preventative measures people can take?

DB: The two most common genetic predisposition syndromes in Ireland are Lynch Syndrome and BRCA - which combined affect 1:400 people. BRCA mutations increase a woman’s life time risk of ovarian cancer from 1 in 70, which is the background risk, to 4 in 10 for BRCA1 mutations, and 1 in 10 for BRCA2 mutations. BRCA mutations also increase the risk of breast, pancreatic and other cancers types. Lynch Syndrome is associated with colorectal cancer in men and women, but is also associated with increased risk of endometrial (lifetime risk 50-60 percent) and ovarian (lifetime risk of 10 percent) cancer.

Screening for ovarian cancer using blood tests and ultrasound scans is not effective, even in high risk populations, therefore current recommendations for women with pathogenic BRCA mutations are to consider risk reducing surgery when their family is complete. This involves removal of the ovaries and fallopian tubes which reduces the risk of ovarian/fallopian tube cancer by 95 percent. This does however induce a surgical menopause, which can be difficult to manage. Women with Lynch Syndrome usually require regular surveillance for endometrial cancer - often an annual endometrial biopsy and ultrasound scan. They may also consider arise reducing hysterectomy and removal of the ovaries when their family is complete -- this can now be more individualised based on the specific mutation. There are some interesting data emerging that daily aspirin may reduce the risk of colon cancer in people with Lynch Syndrome, however this has not been tested in endometrial cancer.

SBI: You've done some fascinating research into the part obesity plays in gynaecological cancer diagnosis/survival rates. What trends are you witnessing in this area at the moment? Are there any emerging discoveries that may give greater hope to patients?

DB: We believe that obesity will soon be the greatest carcinogen in the western world. We have previously shown that weight loss reduces endometrial cancer risk, however our work is focused on whether weight loss can be used to improve therapies. With our collaborator, Prof Lydia Lynch, we have shown that weight loss reinvigorates the local immune response against endometrial cancer - which is exciting as this may open a new therapeutic window. It also may have the added long-term benefit in reducing the risk of heart attacks and strokes, which are much more common in women with obesity.

SBI: The use of HRT therapy in menopausal women has long been controversial based on the associated risks for developing cancer, heart disease or even HRT addiction. Has HRT changed much in the last 10 years, and what does the current research show about actual risk factors measured against the benefits, including quality of life? Are any of the perceived risks actually myths?

DB: HRT is an area that is full of myths. Until recently, menopause was almost a taboo subject that was not really discussed in society. The most important aspect of HRT is that it should be prescribed for women with menopause symptoms. These are mainly hot flushes, night sweats and insomnia. Women who have vaginal dryness and irritation often need local as well as systemic treatment. In my opinion, there are very few cases where a woman cannot have HRT, the most common being a hormone responsive breast cancer. We recently published some guidance regarding the use of HRT after a cancer diagnosis in Ireland, which can be found here.

In the non-cancer population, the major worry voiced by women is the risk of breast cancer - but this is very low and is equivalent to the risk associated with consuming four units of alcohol per day, and much lower to the breast cancer risk associated with obesity. I would advise women to get their information from reputable sources such as the British Menopause Society so that they can make an informed, individualised decision regarding the use of HRT, which without doubt improves quality of life in most, but not all, women with moderate to severe menopause symptoms.

SBI: As a medical professional whose work is dedicated entirely to women's health, what inspires you about the women you meet in the clinic?

DB: It’s an amazing privilege to care for women, either through a difficult pregnancy or on a cancer journey. There are so many inspiring stories that come to mind, however I am always amazed by the courage and resilience women show. One of the most rewarding things I have done professionally has been the development of patient advocacy and support groups such Placenta Accreta Ireland or the Irish Society of Gynaecological Oncology PPI group. Seeing women develop as advocates and working with them to improve services has been the most amazing experience - I regularly say that patients are our greatest asset and by listening to their lived experience and working in partnership with them we can achieve great things.

SBI: Similarly, as a clinician working in gynaecology, do you feel that women's voices are being listened to when it comes to birth preferences and reproductive health? Why or why not?

DB: Women’s health remains under resourced in Ireland. This is clearly evident from the infrastructure available in some of our Maternity Hospitals, which are among the busiest in Europe and definitely the oldest. While we have made advances in the last number of years, particularly with respect to access to contraception and termination of pregnancy,  there are huge issues around the language used with respect to women's health. Careless use of inappropriate imagery, particularly around fertility and sexuality, can have a devastating impact on public confidence. HPV vaccination programs have been severely hampered in many countries as a result of false propaganda from anti-vax groups, often propagated through social media, focused on the potential impact of vaccination on fertility and the promotion of promiscuity.

At present, practitioners and patients are simply not speaking the same language and the development of a shared vocabulary is an urgent necessity. Ultimately this shared vocabulary, which would of course have local cultural and social nuance, can be the foundation of an international equitable approach to women’s health focused not on individual but on population benefits. Many may question the importance of such an undertaking; however, it is abundantly clear that women are regularly exposed to direct and indirect stigmatisation and in some communities this can lead to alienation and isolation as a result of health issues. This generally manifests as an undefined acknowledgement that they in some way are personally responsible for their particular problem all the way through to women who are ostracised and deemed worthless if they have had a hysterectomy and thus can no longer have children. Some may think this only occurs in the developing world but we see this regularly much closer to home. This stigma is deeply embedded in many societies, often related to religious beliefs, as Seamus Heaney so beautifully describes – “the cooped secrets of process and ritual”.

Molly Bloom eloquently described the problem in James Joyce's Ulysses when she asked: “where do those old fellows get all the words they have” in reference to the local gynaecologist. One hundred years later it is time to address this issue as a matter of urgency.

SBI: You and your colleagues at the Mater launched a new initiative last year in the form of thisisgo.ie. Can you tell us a bit more about this website, who is the intended audience and what resources it offers?

DB: We are very proud of www.thisisgo.ie which was initially funded as part of the Irish Cancer Society funded Women’s Health Initiative and has been developed as a result of additional donations from a number of charities and industry. Thisisgo.ie was developed by patients for patients and we see it as a place where women and their families can access safe, accurate, relevant information about different gynaecological cancers. It is also an excellent repository for researchers and other health care professionals. In an era of serious misinformation, I see thisisgo.ie as the antidote to "Dr Google” which can, as we all know, cause huge anxiety for patients and their families. We plan to have thisisgo completed for all five gynaecological malignancies and thisisgo cancer genetics, which will focus on BRCA and Lynch Syndrome completed by the end of 2022. 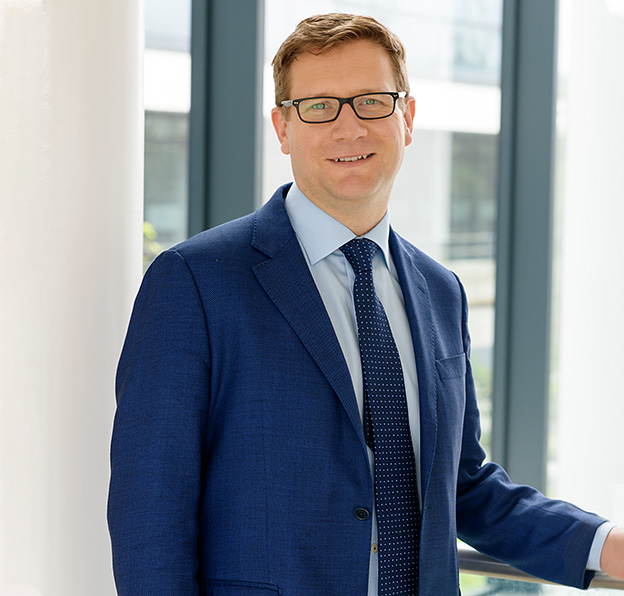 “Hormone replacement therapy – would you be happy to take it?” – The Irish Times
By Prof. Donal Brennan, 9 January 2017 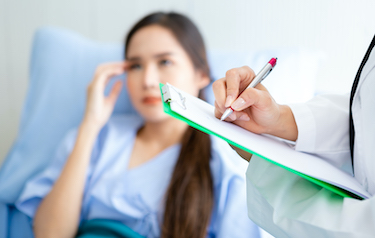