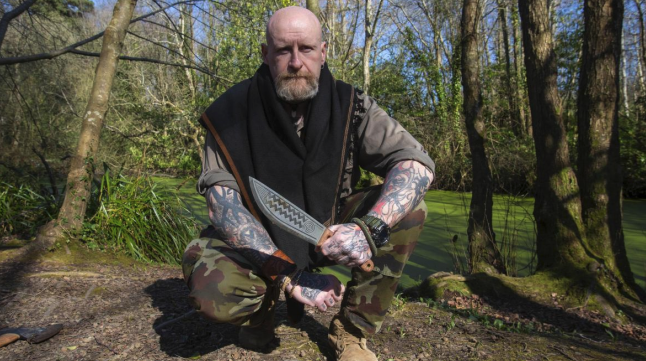 Having the last laugh? Meet the Preppers

Well, you can’t say they didn’t warn us.

For years, preppers have been readying themselves for the sort of situation we find ourselves in now. Mocked for obsessing over doomsday scenarios portrayed in disaster films, building bunkers and talking of “bugging out” at the first signs of societal collapse, they are the ones having the last laugh. Co Wicklow-based survivalist Shayne Phelan looks as if he has crawled o the pages of a post-apocalyptic novel, but he is in no rush to say “I told you so”.

“I’m more worried about people than I am the virus because there’s no empathy,” he says. “I’ve seen someone taking shopping from an elderly person’s trolley in the supermarket and there are videos of people in fistfights over toilet roll. Panic is the paralysis of intellect. When we start panicking, we stop thinking and become lemmings. If the shops run out of supplies, things could get messy very quickly.”

Preppers have a mantra that says at any given time we are only nine meals from anarchy. The heavily tattooed Bray man reckons our best chance of survival in any doomsday scenario is arming ourselves with knowledge rather than food. While he hates the term “prepper”, he has stockpiled more than 1,000 litres of drinking water and an eight-month supply of food. 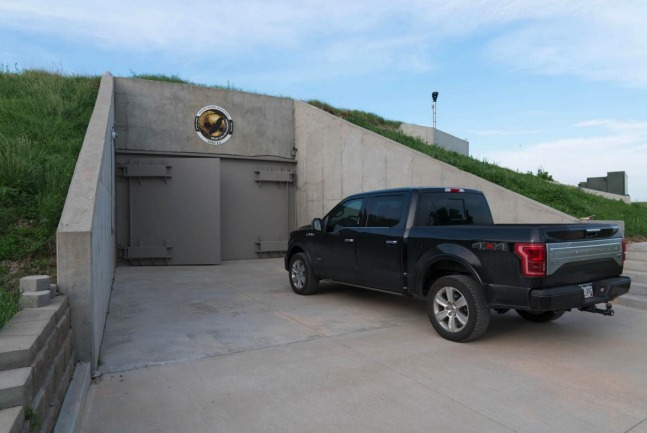 Phelan started learning bushcraft in his teens, after reading John “Lofty” Wiseman’s SAS Survival Handbook in a single sitting. He runs Eagle Ridge Survival, a survival-skills firm with courses from €60 that teach beginners how to make a fire and build a shelter.

“In the past two weeks I have been inundated with inquiries, but all my courses have been canceled because of lockdown,” he says. “The first thing we need for survival is to maintain our body temperature. Within three hours we require some sort of shelter; within three days we need water or we are in trouble. People panic about food because it’s hardwired into us, but we can all go three weeks without it and there are a few people who’d benefit from it.”

Skinning rabbits and maintaining pantries may have been part of everyday life for our grandparents, but we have become a society of consumers rather than producers. When the fragile safety net collapses and the things we take for granted become scarce, we panic. 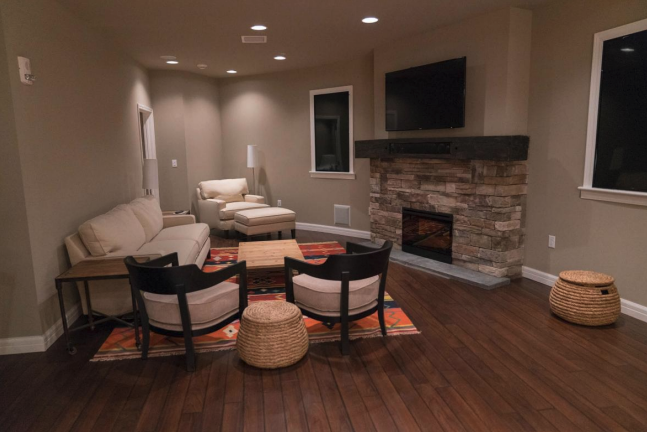 Maslow’s Hierarchy of Needs depicts a five-tier pyramid with notions such as self-esteem and friendship at the top, and physiological needs including water, food and warmth at the bottom. If those most basic needs are not met, society quickly starts to unravel.

“They say it’s survival of the fittest, but it’s really survival of the most adaptable,” says Phelan. “Preppers stockpile whatever they feel is going to be required when the shops are closed. The problem is these supplies need to be replenished. In modern history, the first thing to go down is the water supply and the second is electricity — so what good is your freezer full of food when there’s no power?

“I might look like this Rambo guy, but I don’t embrace the Hollywood way of survival. There are only three times you run in a survival situation: if your fire is going out; if someone is chasing you; or if there’s a potential rescue coming your way. A mechanical injury in this situation is catastrophic.”

While the coronavirus has taught us to treasure the things we previously took for granted, the post-Covid era is likely to see a resurgence in self-sustainability.

Dr Bradley Garrett from University College Dublin’s School of Geography spent four years observing preppers while researching his book Bunker: Building for the End Times, which will be published in August. He says the image of gun-toting hillbillies is well wide of the mark.

“I’ve seen the entire spectrum, from the guy who has a ‘bug-out bag’ stashed in the boot of his car, to the €30m missile silo someone has turned into a subterranean condo complex,” he says. “These are some of the coolest, calmest, most rational people I’ve ever met. For most of them, it’s just an insurance policy they hope never to use.”

While about 3.87 million Americans identify as preppers, numbers are much lower here. Garrett says the coronavirus will make preppers of us all. 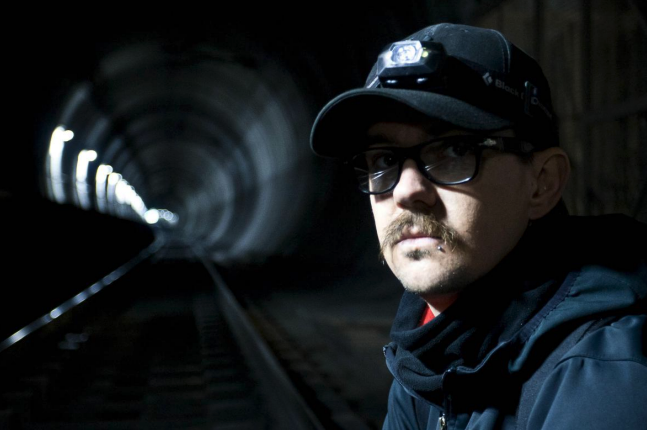 People Need to be Responsible

“The more the social safety net is hacked to pieces, the more people have to take responsibility for themselves,” he says. “I’ve talked to people growing secret groves in Florida. They can escape into forests where their food supplies are waiting for them. I have spoken to people who have built religious communities with these incredible radio networks and food systems that can be rotated family to family.

“There are people building off-grid houses out of hay, drilling their own wells and learning how to grow food. I went into bunkers that had fish farms and aquaponic systems where they could keep going forever. One bunker in Indiana had 35 people pay €30,000 to have a room during a catastrophic event. They opened up the walls and it had a five-year supply of food.

“Bunkers with biological air filters are perfect for dealing with the coronavirus. You can self-isolate to the most extreme degree and not just preserve your life but the lives of everyone around you.”

Frank Deegan, 52, from Co Kilkenny, is a co-founder of the Irish Survivalist Group. He started prepping during the early 1990s while in the Merchant Navy. “In 1991 we were delivering a 350,000-ton ship from Southampton to Yugoslavia when war broke out,” he says. “We were at anchor for three months o Yugoslavia and quickly ran out of food. It took another three months to get back to England, but we made sure we stockpiled long-life food at every port on the way.”

Deegan, whose wife, Brid, is self-isolating because of a suppressed immune system, continues to work as an engineer for a multimedia company. He says alarm bells started ringing when he saw his brother and sister-in-law return from China in February.

“They were in Hong Kong and mainland China for six weeks and I was gobsmacked they could travel freely from Hong Kong to London and Dublin without any checks,” he says. “Preppers are always on the lookout for trouble. I got a feeling something big was coming in October last year. The boys took the piss out of me, calling me paranoid, but they are now saying they should have paid attention.”

Deegan admits that preparing for societal collapse is a prepper trait, but says he was shocked when he saw queues of Americans lining up to buy assault rifles last month. 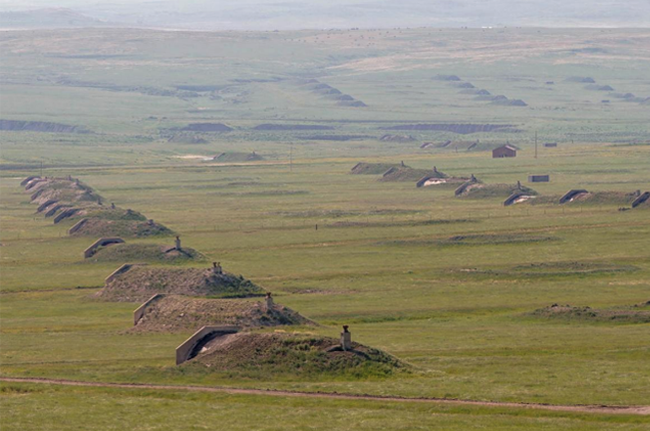 “I just don’t see the point,” he says. “Panic buyers grab whatever they can and then realise it’s out of date. I’ve been stocking up for years, but I don’t make it obvious. We have 200 litres of water, three freezers full of venison, rabbits and pheasants, plus CCTV around the house for security. One or two of the lads have gold sheets worth €7,000 that are made up of individual squares of gold that can be used for trading. I can reset a broken arm, but I can’t stop a virus.

“If it all goes to shit, I wouldn’t mind being the last person on earth because I’d be well able to make things work.”

American preppers use the expression “72 hours to animal” to denote the fragile peace between functioning society and all-out anarchy. “Their argument is that if you prep, you’ve got three months of security and it actually gives you the ability to operate on a higher level,” says Garrett. “Having weapons is a by-product of thinking through how disasters unfold. Preppers consider our current circumstances a mid-level situation. The next level arrives when the trucks stop coming or the grocery-store workers decide it’s not worth the risk going into work. When the social fabric disintegrates we’re in trouble — because that’s when people start snapping or giving up.

“I met one prepper who told me he’d gone around to all of the neighbours’ houses in the middle of the night, figured out access points into their properties and taken stock of all of their supplies. That was one of those moments in the project where I started to feel uncomfortable.”

Isolated incidents aside, he’s confident society will learn lessons from the coronavirus. “For years preppers have been telling me disaster is a great moment for recalibration,” he says. “We reassess our priorities and go back to basics. For those of us who have been able to work remotely, it has been a kind of blessing.

“When I had my plane tickets and lectures canceled I felt the stress drop out of my body. For a lot of people, it has been an amazing opportunity to reconnect with people and to think about whether the things we were doing before the disaster actually mattered.”

Original article published in The Times and written by Graeme Lennox. Please see the following for more information or to order Dr Bradley Garrett's book Bunker: Building for the End Times.