The CAROLINE research programme is co-funded under Horizon 2020 Marie Skłodowska-Curie Actions, and supports experienced researchers to conduct research relevant to the UN’s 2030 Agenda for Sustainable Development.  The Agenda includes goals such as ending poverty and hunger, building sustainable cities and communities, and achieving gender equality. CAROLINE researchers work in partnership with NGOs and international organisations in conducting their research. The IRC funded 19 researchers under the first funding call for CAROLINE, with an additional 21 researchers under this second call.

The two researchers to be based at SPIRe are Dr David Horan, mentored by Prof Patrick Paul Walsh, and Dr Stefano Marcuzzi, mentored by Prof Ben Tonra. Details of their projects and backgrounds are provided below.

David's partner organisation for the CAROLINE fellowship is the SDSN Association in New York which is the institutional home of the United Nations Sustainable Development Solutions Network (UN SDSN) that seeks to mobilize global scientific and technological expertise to promote practical solutions for sustainable development, including the implementation of the Sustainable Development Goals (SDGs) and the Paris Climate Agreement. This project focuses on developing methodologies to construct new national indices for the SDGs that can help to capture linkages between the three dimensions of sustainable development - economic development, social inclusion and environmental sustainability - to improve the quality of the assessment of sustainable development. The project will also examine issues pertaining to the design of government-led partnerships for SDG implementation between stakeholders at national and regional levels in key areas such as climate action, renewable energy development, youth unemployment, among others.

David received his Ph.D. from the Department of Economics at the European University Institute in Florence in 2012 for a dissertation in the economics of innovation and R&D policy. He holds an M.Sc. in Mathematics from UCD and Diploma in Theology and Philosophy from the (Jesuit) Milltown Institute. Prior to joining UCD in 2018, he was Assistant Professor in Economics at Dublin City University Business School 2016-18. He worked at Oxford Brookes University Business School, first as an Associate Lecturer 2012-13 and then as Senior Lecturer in Economics 2013-15, where he taught widely in undergraduate economics. During 2015-16, he was Researcher at UCD Geary Institute for Public Policy and Lecturer in the TCD-UCD Masters in Development Practice.

David's research interests are in the areas of sustainable development, economics and ethics, development pathways, composite indices and multi-stakeholder partnerships. His publications have combined ethics and mathematics to construct new social indicators applied to health and development. He is a member of the UCD Centre for Sustainable Development Studies and co-founder of The Triple-I (www.thetriplei.com), an interdisciplinary initiative awarded funding by Riksbankens Jubileumsfond (2017). His research on health need measures and development goals is published in Social Science and Medicine and Social Indicators Research.

Stefano Marcuzzi: The EU and NATO, Towards a Common Strategy for the Central Mediterranean and Libya

This interdisciplinary research project brakes the silos of existing analyses and offer both incisive analysis of the root causes and implications of the Libyan crisis but also propose innovative policy responses. Libya is an emblematic case where recent Mediterranean problems – social turmoil, civil war, the emergence of Islamist fundamentalism, and the spread of refugee emergencies – are epitomised. Such issues are of crucial interest for both EU and NATO, yet neither organisation has provided a credible response to the security needs of the region. This project aims to address the root causes of this failure, bringing the perspective of both state and non-state actors, to the fore.

There will be a number of collaborations. Stefano will spend 18 months at Carnegie Europe (Brussels), in close contact with the EU institutions and NATO’s HQ in Brussels. He will take advantage of the expertise of Ambassador Marc Pierini and of the other analysts at Carnegie. He will spend the subsequent 6 months at the NATO Defense College Foundation, one of the three prestigious NATO structures in Rome, working with Ambassador Alessandro Minuto-Rizzo, former NATO Secretary Deputy, to strengthen his understanding of NATO’s approaches towards the security spill-overs emerging from the South. The final year sees the return to UCD, working in close contact with UCD’s scholars in the fields of International Relations and Middle Eastern studies.

Stefano took his DPhil in Military History at the University of Oxford in 2016, under the supervision of Prof. Sir Hew Strachan, with a thesis on Anglo-Italian relations during the First World War. Thereafter he moved to Florence as a Max Weber Fellow at the European University Institute (EUI), and was affiliated with the Robert Schuman Centre for Advanced Studies (RSCAS). He worked on EU-NATO Mediterranean relations after 9/11 under the mentorship of Luigi Narbone and Olivier Roy. His broad research interests include the working of coalitions and alliances at war and the changing character of modern conflicts; thus he has produced a range of English and Italian publications in both History and International Relations/Strategic Studies. More recently, he has focused on Libya and EU-NATO response to the new hybrid threats. Marcuzzi is an analyst for the NATO Defense College Foundation (Rome), and a member of the Globalising and Localising the Great War Group (GLGW), the Changing Character of War Programme (CCW), and the Oxford University Strategic Studies Group (OUSSG), Oxford; he is also an external fellow at Boston University (BU). 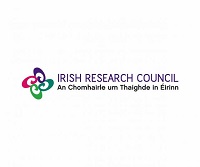