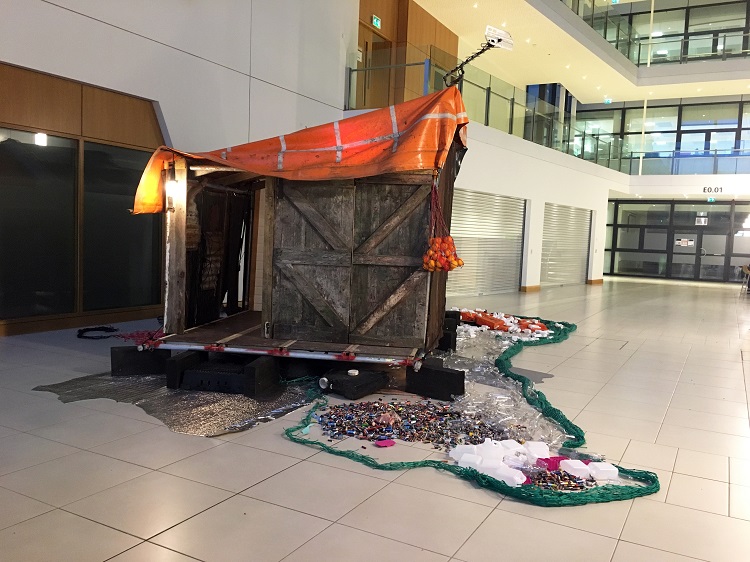 Professor Ben Tonra is the Irish partner on a European Commission Horizon 2020 funded collaborative project called Reconsidering European Contributions to Global Justice, or GLOBUS for short. The project is led by the University of Oslo and has 8 partner universities in Brazil, China, Germany, India, Ireland, Italy, Norway, and South Africa.

The aim of the project is to critically examine the European Union’s contribution to global justice. Researchers look at the EU’s positions and policies as well as looking at non-European perspectives on the practices of the EU. The main areas of focus are climate change, migration, trade/development and security and a cross-cutting theme on gender.

As part of GLOBUS, Professor Tonra engaged artist Marie Brett to create a new piece of art that represents the overall project and the different themes within it. Ben came across Marie's work when she was the UCD College of Social Sciences and Law Artist in Residence in 2016. In her practice she uses digital media, sculpture and immersive installation to produce artwork as a reflection on contemporary life. 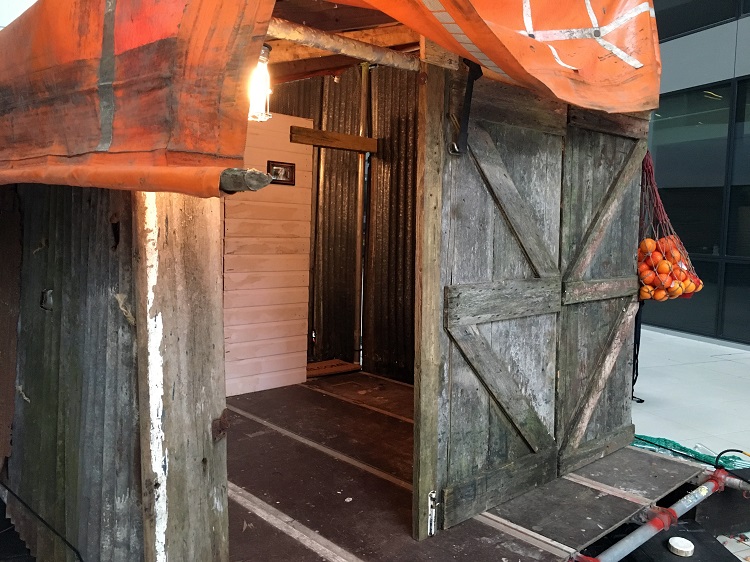 The artwork Marie developed in collaboration with the research team, students, and members of the public is called On the Edge of My Sky. It’s an interactive sculptural installation with screen-based images and sound. Many of the images were sourced from Ben’s undergraduate students who were asked to submit images and videos that represented how they understood global justice. Marie collected the images and created a Pinterest page where they were organised. 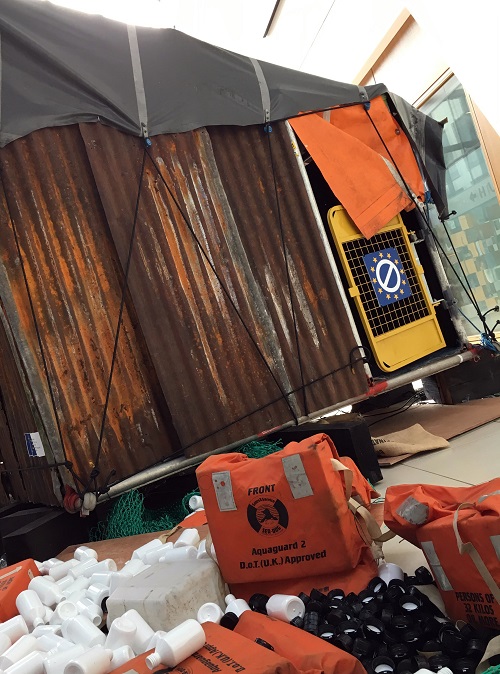 The images and the research work itself were the source material for the installation which references many issues of global justice, from migration and refugees in the Mediterranean, gender violence, degradation of the ocean, overconsumption and waste. at the centre of the installation is a cabin like structure made from corrugated iron. There are screens inside showing still and moving images. Marie said she wanted the work to be non-passive and visceral and the audience can step inside the sculpture and move through the work. There’s an unsettling soundtrack and although you can walk into it, you are contained in the last section - there is no way out. Outside the structure are marine-like patterns of man-made objects: lifejackets, plastic water bottles, waste batteries.

The work is a provocation that asks the viewer to reflect on their own privileges and position in global systems that often have unjust elements and effects. Marie sees the work as a bridge that allows viewers to engage with the huge issue of global justice. She says it allows people to explore “the deeper concepts and stories inside the issue, creating a bridge between the researchers’ work and popular understanding”. Marie says the digital world we live in “can create a disconnect where people are overwhelmed or othered. They think, this isn’t my experience. I wanted to immerse people so they think - what if this was my experience?”. 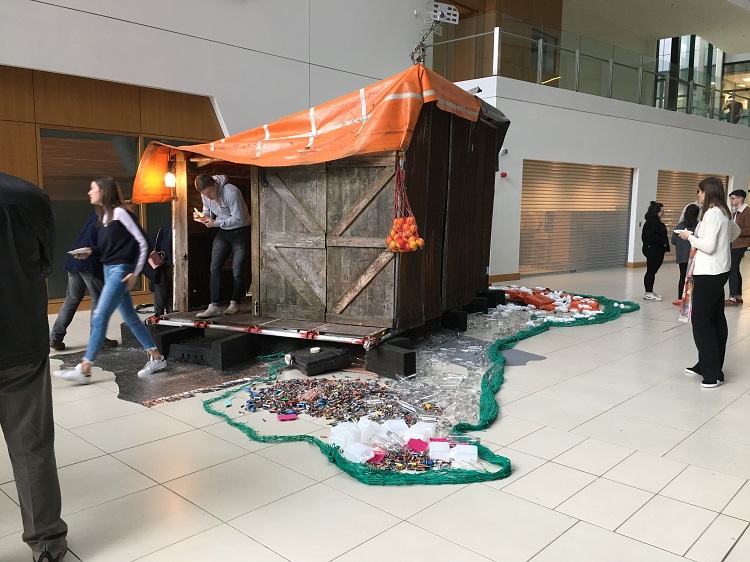 She says, “migration and environment jump out but there is so much crossover. For instance the life jackets are about migration but also about rising sea levels, links to security. It’s all interlinked. At the launch people were looking at the batteries and asking, why is there mess all over the floor? Well it’s our mess. What happens to batteries?”

Marie originally came to UCD through the Artist in Residence scheme, which was a great experience for Marie. She says its most unique element is its open and explorative nature which she says the scheme’s Creative Director Emer O’Boyle encourages. She says “having it for a full year helps you to realise what chimes with your work in the different disciplines”. 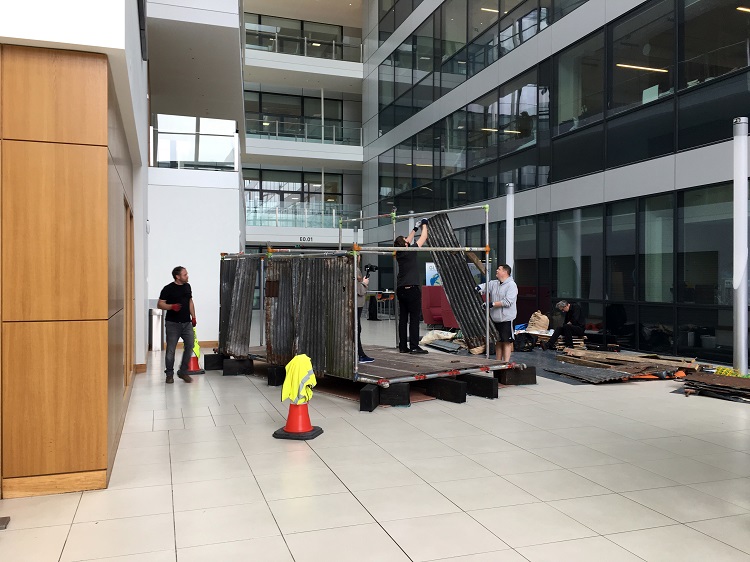 Professor Tonra and research fellow on the project Dr Nikola Tomic now have a thoroughly non-passive appreciation of the artwork as they assisted in its construction last week in the Science Centre. The work will remain there until the week of 14 May. After this the hope is to tour it to Oslo and some of the other partner universities. The work has the potential to evolve and change with new contributions.

Professor Tonra sees working with Marie as a hugely valuable way to communicate the project. He said, “It’s been a tremendously exciting part of the project to see our research translated through the creative and visual arts. It’s also added great value in the dissemination of our research to a wider audience”.

Dr Tomic echoed this, saying “Marie and her colleague Ben Thomas were frequently reporting on their progress and would even show us their work through video conference directly from their workshop. They wanted to make sure they are following and capturing the main findings and messages of our research at every stage. I believe they succeeded. It is fascinating to see hundreds of pages of our writing summarised in one immersive experience".

The work has its own Instagram page and a video has been created about the process.

Thanks to UCD Science for hosting this art work and to UCD Estates for their support in bringing it to UCD. 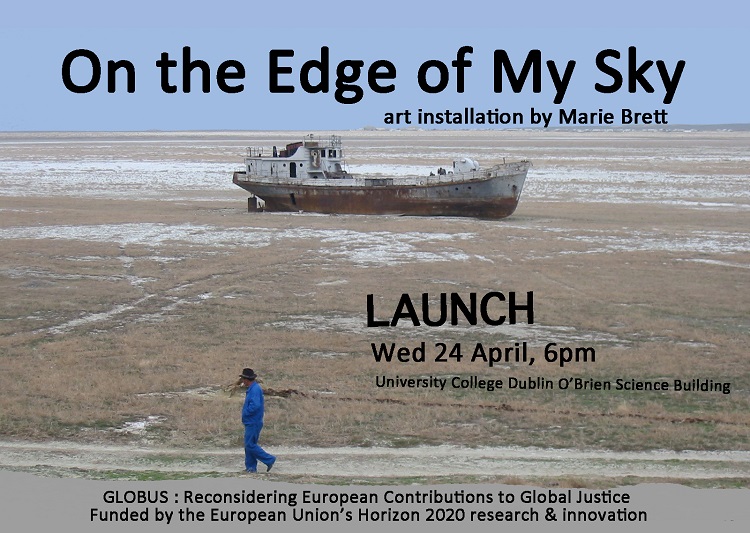