UCD claimed their second Electric Ireland Sigerson Cup title in three years, thanks to a hard-earned win over NUIG in Santry on Saturday.

The Sigerson Cup looked to be on its way west for the first time in 15 years when Adam Gallagher hit the net in the 50th minute goal but UCD's nerve told with Man of the Match, Monaghans Conor McCarthy and Tipperarys Liam Casey having the last laugh to secure their 34th Sigerson Cup title. Maurice Sheridan's NUI Galway were faster out of the blocks racing into a 0-5 to 0-1 lead midway through the first half with Galway’s Enda Tierney and Damien Comer proving a handful for the UCD defence.

The Dublin college showed obvious effects of their 100-minute marathon victory over UUJ on Wednesday night and could have been further behind were Comer not unlucky to see his palmed effort hit the frame of the goal in the 19th minute.

Amazingly, the ball stayed in play and was worked all the way down the other end where it fell into the hands of Conor McCarthy, with the Monaghan ace racing through before firing to the right corner past Tadgh O’Malley.

That gave UCD a lease of life and with Laois duo Eoin Lowry and Evan O’Carroll impressing in attack, they pushed into an unlikely lead before captain Comer and Tierney struck a point apiece to leave it 1-5 to 0-8 at the break.

Two Liam Casey scores put UCD ahead 30 seconds into injury-time, and although the Tipperary man picked up a black card, UCD’s defence stood firm late on to secure the silverware.

The second half will be as much remembered for the missed chances as those that were taken. Of Comer's most obvious contemporary in blue, Con O'Callaghan's influence on the game was limited.

In a half-forward line with Liam Casey of Tipperary and McCarthy, O'Callaghan was arguably the least imposing of the three throughout; Casey settling the nerves with a well-taken point only a minute into the second-half.

Yet, after NUIG had got their second goal of the day through a well-worked move that Adam Gallagher of Mayo finished expertly, O'Callaghan hit a stunning point for UCD to calm the nerves.

NUIG's first goal of the afternoon had come only a few moments earlier, Séan Kelly of Galway taking advantage of a lapse in the UCD defence - it was one of very few.

In their all-Kerry midfield pairing of Barry O'Sullivan and Jack Barry, UCD had a ferocious pairing that underwrote UCD's frenetic attempts at halting any NUIG player a decent amount of time on the ball depended upon. Comer's drop off in influence could as well be explained by the general drop off in service that the NUIG forwards were allowed.

Frustrating NUIG's efforts at making their way back into a game that was turning in UCD's favour, if not for the frivolous free-taking of Evan O'Carroll, looking half Rambo/half Terry Butcher in his plastered head, UCD would have been well on their way to establishing a more comfortable second-half lead. 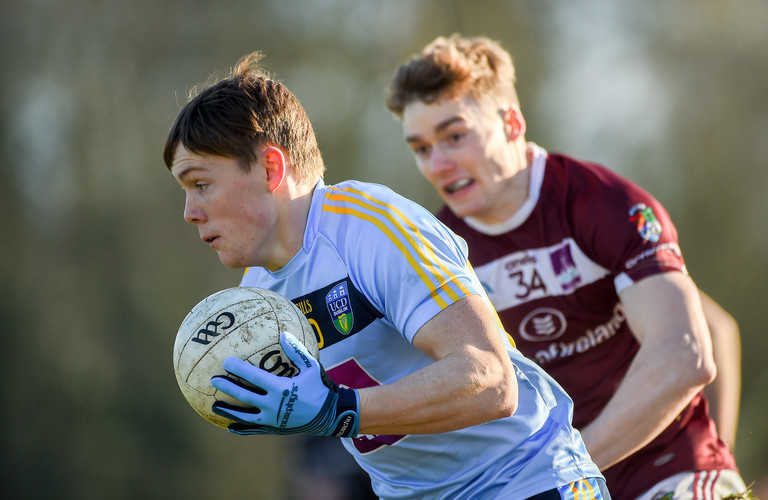 Yet, it would go right down to the last moments. On the stroke of the hour, UCD got their final score of the game through that man again Casey, and, although NUIG rallied, they never manufactured another scoring opportunity.

Although either side looked good enough to lay claim to this year's Electric Ireland Sigerson Cup, for the second time in three years, it is with UCD that the trophy rests for 2018.