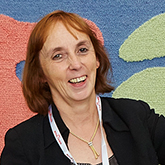 This week, UCD School of Veterinary Medicine prepares for the departure of Professor Grace Mulcahy MVB PhD MRCVS after a decade as head of school. This interview - originally featured in the Veterinary Ireland Journal - looks back at Professor Mulcahy's remarkable impact on the profession to date and looks forward to what the future might hold.

Professor Grace Mulcahy MVB PhD MRCVS, may be stepping down after 10 years as dean at UCD’s School of Veterinary Medicine, but she is adamant that the School will continue to step up and maintain its world-class status on the global veterinary stage; she discusses the challenges facing graduates and the key developments since she ventured into the veterinary profession, with Shauna Rahman.

“Change is the essence of modern life,” says Grace, “and things are changing rapidly. In Ireland, we are probably behind other developed countries, particularly the UK,US and Canada, in terms of sophistication in small animal practice. If you look at the UK, they have far more specialist small animal practices. Although, in Ireland we don’t have a comprehensive network of referral small animal services throughout the country, there are more dedicated practices that deal with small animal only. These are more concentrated in the cities and larger towns around the country.

“Fifteen to 20 years ago, you would have had a preponderance of mixed service practices involving farm animal calls, small animal, large animal and sometimes equine services. But, today we are seeing that there are more and more dedicated equine practices, and purely farm animal practices concentrating, particularly, on herd health. With this degree of differentiation comes a greater expectation from the public for a higher level of service. Now, small animal practices can offer more complicated surgeries than before and conversely, farm animal practices have more sophisticated herd health services in terms of nutrition, fertility and infectious disease surveillance and control. You see farm animal services progressively moving into more planned and managed healthcare and preventative medicine, ensuring a move towards healthier animals and better production.”

“Change is the essence of modern life”

Grace says these changes in Ireland have a long way to go in terms of small animal practice to catch up with the UK and the US, but this very much depends on economic cycles. “In the recent downturn, for example, equine practices suffered as sport horses were deemed a luxury, so people felt they could not afford to spend on maintaining their upkeep. Similarly, small animal owners felt the pinch when bringing their pets to the vet. Because of this, we are seeing an increase in small animal pet insurance policies being taken out, which is a great stimulus, providing an alleviation from some of the risks people take on with veterinary costs for their pets. These are trends which will continue to progress. ”Also, Grace says, there is an increase in corporatisation of veterinary practices in the UK and the US, specifically in small animal practices, where large corporate companies are running chains of practices.

“This model may or may not be introduced to Ireland. Even in Ireland, we are seeing more collaboration between practices, where groups of practices are coming together to share their purchasing power, which is a welcome development. The days where you have three single practices in a rural town is a thing of the past, especially now that the wide international recognition of the UCD veterinary medicine degree means graduates can work anywhere in the world, so, if the work-life balance is of a low standard here in Ireland, they will seek out better opportunities abroad.”

Other recent legislative developments, such as the Animal Health and Welfare Act, will positively influence the progression of the profession and Grace says she is confident that veterinary graduates and the profession in general, will become outspoken advocates on animal welfare. “Legislation like this one can only be a step in the right direction for the benefit of society.”

According to Grace, there is a clear a shift away from graduates pursuing careers working in certain practices, especially in rural Ireland. “This is because our graduates now have the freedom to move where they want and in 2016 certainly, they have had their pick of jobs. It is up to practices to offer better conditions, proper HR and clinical support to graduates.

“Every year, we hold an event for graduates, sponsored by the Veterinary Defence Society. We bring back our graduates about 15 months post-graduation. It really concerns me that some of those working in Ireland have not had a very positive experience. I have been struck over the last few years by some of these unfortunate experiences, which some of those graduates recount. It would seem some employers are still taking advantage of graduates with unrealistic expectations of graduates who are really just straight out of college. Graduates who are expected to work over and above the stated fixed time hours in the Working Time Directive, who have no written contracts of employment and who are not being treated fairly.

“a pioneering mentoring scheme... for our new graduates in veterinary medicine and veterinary nursing”

“So, this year I am proud to be a part of a pioneering mentoring scheme, which the School have brought in, for our new graduates in veterinary medicine and veterinary nursing. We are matching graduates with mentors who have been in practice for about three to six years in total and are matched on their geographical location around the world. The idea is that they will provide online and, where possible, face-to-face support on both personal and professional levels for graduates in their first year post-graduation. This scheme is a first for Ireland and we are very excited about the initiative. In Ireland, we have a world-class veterinary school and I think it is important that we have world-class conditions for graduates and prospective employees from abroad. We modelled this scheme on an initiative in Australia also currently being rolled out.

“The Royal College of Veterinary Surgeons (RCVS), in conjunction with the British Veterinary Association (BVA), have also launched a Mind Matters initiative in the UK and they are very interested in our mentoring programme over here. Not only will the programme be of benefit for graduates, but it will provide us with the data we need in future years to see how the profession is developing in Ireland and overseas,” she says.

Another important issue to address, says Grace, is the dramatic turnaround in gender balance in recent years in the veterinary profession, more than any other profession in Ireland. There have been comparatively few social sciences studies on this subject.

A PhD study conducted by Dr Claire Allen of Cambridge University, focuses on this subject on why women and men choose veterinary medicine as a profession. She uses a stereotype analogy of the paediatrician and the mechanic, where the female is seen as going into a more caring veterinary role, while men are more likely to identify with roles analogous to the car mechanic.

“In the interest of diversity, a profession should really reflect the nature and type of society it serves”

Indeed, at the recent UCD Veterinary Medicine and Veterinary Nursing Graduation, there were approximately 26 male graduates among the 103 students graduating in veterinary medicine. Grace wants to address the myth that men do not receive enough points in their Leaving Certificate to study veterinary medicine in college. “Men are simply choosing not to apply! We have about 70/30 split between women and men in the profession. In the UK, Australia and the US it can be as much as 80/20 or 90/10. In the interest of diversity, a profession should really reflect the nature and type of society it serves. We should be able to attract equal numbers of both sexes to the profession. Research conducted in the US shows a major gender pay gap in the profession as well as as a gap in leadership. Although women are represented in the educational sphere – there are a number of female deans in veterinary colleges around the world – men are more likely to own veterinary practices. UCD are very proactive in their outreach programmes, we do better on gender balance than other countries. It is a very interesting societal phenomenon, so, perhaps, in 10 years, this could go full circle again!”

In terms of Brexit, Grace says the relevant regulatory bodies, the Veterinary Council in Ireland (VCI) and the RCVS need to have a proper discussion regarding how it will affect the profession in the UK and Ireland. “We have very strong links and commonalities with our colleagues in the RCVS and our colleagues working in the UK. We know nothing will happen for about two years but after that timepoint, EU graduates may not be recognised by the RCVS. Both the BVA and the RCVS have put holding messages on their websites acknowledging this is a period of uncertainty.

“I would, however, be very optimistic that the UCD veterinary degree will continue to be recognised worldwide as we have international accreditation in Europe, Australia, New Zealand and Canada as well as having American Veterinary Medical Association (AVMA) accreditation. Perhaps, the degree will have to be separately accredited by RCVS, but again, we will have to wait and see.”

Looking back on her decade at the helm of the School of Veterinary Medicine, Grace says the School is continuing to surpass expectations. “We didn’t have a School when I first started as dean and now it is one of the flagship Schools at UCD, achieving AVMA accreditation during my first year, in 2007, and re-accreditation in 2014. We are hoping to extend the veterinary hospital, increase office space and also build an atrium in the centre of the building. With increased student numbers and postgraduate programmes catering for graduate practitioners, we are consistently developing and I hope we remain as one of the premier veterinary schools internationally.”