Bittersweet - The Rise of Diabetes

Bittersweet - The Rise of Diabetes is a half-hour documentary film which follows the personal stories of young people who are living with diabetes and their daily struggle to manage it.  The film is directed by Hugh Rodgers and produced by Anna Rodgers and Zlata Filipovic of Invisible Thread Films.  Marc Farrelly, Technical Officer in the School's Veterinary Biosciences Section (pictured, right), and Professor David Brayden, Full Professor of Advanced Drug Delivery (pictured, below left), are two of the contributors to this documentary. 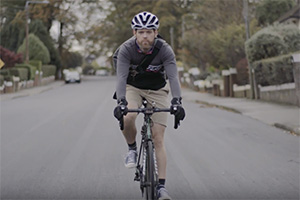 The film captures the health system’s fight to treat the rising number of diabetic patients, and warns against this troubling epidemic facing our population. It follows the personal stories of young people who are living with diabetes and their daily struggle to manage it.

Over the course of the documentary, we also discover ground-breaking research and development in pharmacology and biomedical science, capturing the important work of Professor David Brayden and his team here at the UCD School of Veterinary Medicine, where they are developing new ways of delivering insulin to the body. 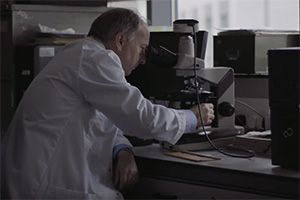 Bittersweet - The Rise of Diabetes was commissioned as part of the 'Science on Screen' initiative which is supported by Galway Film Centre and CÚRAM, the Science Foundation Ireland Centre for Research into Medical Devices, based at NUI Galway.‌

The film premiered during Science Week last November, as part of the Galway Science and Technology Festival 2017.  It will also screen at the Galway Film Fleadh on Wednesday 11 July in Galway’s Town Hall Theatre.  See www.galwayfilmfleadh.com/project/irish-talent-way-out-west/ for further details.