National Strategy launched by the Minister for Agriculture, Food & the Marine in UCD

The UCD School of Veterinary Medicine was delighted to welcome the Minister for Agriculture, Food & the Marine, Mr Michael Creed TD, to UCD on 11 July for the launch of the National Farmed Animal Health Strategy.  Professor Michael Doherty, Dean and Head of School, and UCD President, Professor Andrew Deeks, welcomed the Minister and his team to campus.

President Deeks and Professor Doherty expressed their delight that the Minister had chosen UCD as the venue for the launch of this important strategy.  The President highlighted that addressing ‘major challenges in animal and human health’ is an important component of UCD’s strategic research plan and wholly aligned to the strategic objectives of the National Farmed Animal Health Strategy, and he re-affirmed UCD’s commitment as a stakeholder to its successful implementation.  In his remarks, Minister Creed outlined that this significant initiative was Ireland’s first strategy on the critical issue of animal health.  The Minister thanked all stakeholders who provided submissions in the consultation stage of the strategy and concluded that the health and surveillance strategies detailed will play a vital part in our ongoing efforts to enhance Ireland’s reputation for high standards of animal health and to continue to expand our markets abroad; this is a key consideration as we prepare for Brexit and its potential trade implications.  Following on from the launch, the Minister joined Professor Doherty and President Deeks for a tour of the School, the Veterinary Hospital and CVERA (Centre for Veterinary Epidemiology and Risk Analysis); the Minister and the President were very impressed with the facilities and services available at the UCD Veterinary Hospital which was a hive of activity with final year students on rotations, clinical teams preparing for small animal and equine surgery - the arrival of a beautiful Holstein cow to the farm animal team really caught Minister Creed’s attention.

The School of Veterinary Medicine would like to thank all involved for making this such a successful event. 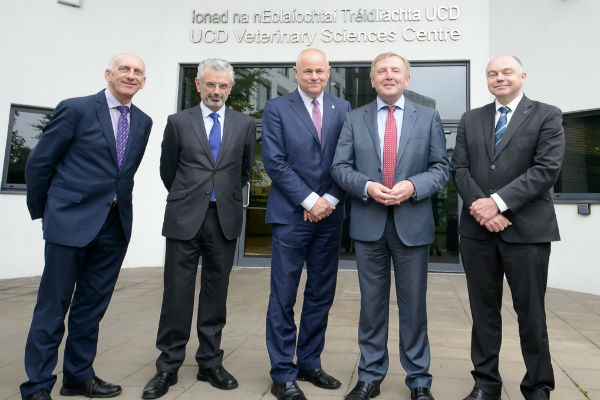 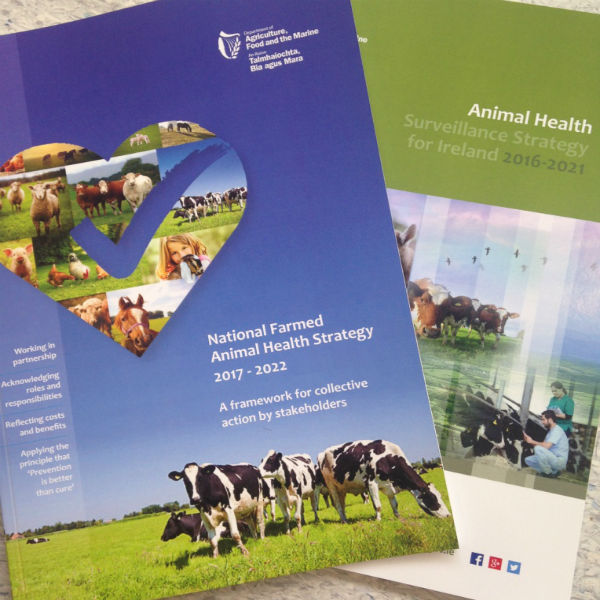