An article written by Dr Sourav Bhattacharjee from the UCD School of Veterinary Medicine's Veterinary Biosciences section was the most cited article published in the prestigious Journal of Controlled Release in 2016.  The article, which is entitled "DLS & Zeta Potential - What they are & what they are not" was published in August 2016. 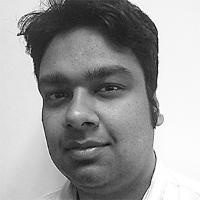 As per Scopus, the article has already been cited 67 times, and 97 times as per Google Scholar. Further details on article metrics can be found on the Elsevier website: https://www.elsevier.com/life-sciences/pharmaceutical-sciences/article-level-metrics

Dr Bhattacharjee graduated in Medicine (MBBS) from the Medical College & Hospital, Kolkata (India) in 2004.  After a brief tenure as an orthopaedic surgeon, Sourav completed his MSc studies in the Free University Amsterdam (Netherlands) from 2006 to 2008. He received his PhD in Nanotoxicology/Nanomedicine from the Wageningen University (Netherlands) in 2012.  Sourav joined the UCD School of Veterinary Medicine as a postdoc in Professor David Brayden's group in March 2014, and was appointed an Assistant Professor in February 2016. His teaching mostly involves anatomy, while he continues to perform research in nanomedicine, biophotonics & AI (artificial intelligence).

Congratulations to Sourav from all of his colleagues in the UCD School of Veterinary Medicine!