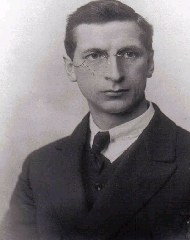 Born in New York but brought up in Limerick, de Valera studied mathematics at the Royal University. In 1908 he joined the Gaelic League and remained dedicated to the Irish language. He joined the Irish Volunteers in 1913 and during the rebellion of 1916 commanded the 3rd Battalion at Boland's Mill. Sentenced to death, de Valera was reprieved partly because of his American birth.

On his release from prison in 1917, de Valera was elected MP for East Clare and became president of both Sinn Féin and the Irish Volunteers. In 1918 he and other Sinn Féin leaders were arrested for complicity in an alleged German plot. He escaped from Lincoln jail in February 1919 and was elected president of the first Dáil. In June 1919 he went to America and raised over $5 million for the republican cause but failed to obtain American recognition for the republic. His visit also led to a bitter power struggle with the leaders of the Irish-American movement, John Devoy and Judge Cohalan.

After his return from America in December 1920, de Valera's relationship with Michael Collins, who had effectively masterminded the IRA campaign in his absence, came under strain as differences emerged over the conduct of the Anglo-Irish War. These were accentuated when de Valera decided not to lead the Irish delegation that negotiated the Anglo-Irish treaty. There have been two opposing interpretations of this decision. The more hostile view is that he allowed Collins to take the responsibility for what he knew would be a partial surrender. His own explanation was that by staying in Dublin he could better preserve national unity and ensure general acceptance of any agreement reached.

De Valera rejected the Anglo-Irish treaty and resigned as president following its acceptance by the Dáil. In the run-up to the Civil War, he found himself sidelined by more hard-line opponents of the treaty, who distrusted his alternative of external association, while attracting fierce criticism from pro-treaty supporters for his inflammatory speeches. After civil war broke out in June 1922, his attempts to maintain a republican political organisation were rebuffed by the republican military leaders, particularly Liam Lynch. Lynch's death enabled de Valera to reassert some control and in May 1923 the war ended. in August 1923 he was arrested and spent a year in jail.

After his release, de Valera became increasingly dissatisfied with Sinn Féin's political abstention and in 1926 he formed a new party, Fianna Fáil. In 1927 he reluctantly took the oath of allegiance and entered the Free State Dáil. He spent much of the next five years building up the party organisation to a formidable machine and establishing a newspaper, the Irish Press.

Fianna Fáil's election victory in 1932 marked the beginning of sixteen years in power during which de Valera was both prime minister and Minister for external affairs. Policies of promoting small-scale tillage farming and industrial development behind high tariff walls, reinforced by the Economic War, reflected the traditional nationalist goal of economic self-sufficiency. On the political front, de Valera saw off the threat from both the Blueshirts and the IRA and in 1937 his new constitution was enacted. In foreign affairs de Valera achieved some notable successes. The Economic War was concluded in 1938 on very favourable terms and at the League of Nations de Valera was president of both the council and the assembly.

During the Second World War Irish neutrality caused friction with the allies but had overwhelming popular support. After the war, the economy and emigration were serious problems. During 1948–51 and 1954–7 Fianna Fáil lost power to interparty governments. Fianna Fáil won the 1957 election with a big majority and in the last two years of de Valera's political career the First Programme for Economic Expansion was implemented. In 1959 he resigned as Taoiseach and ensured the succession for Lemass. He served two terms as president 1959–73.

With the opening of private and public archives since the 1970s, many aspects of de Valera's complex political legacy are being reassessed. There is his role in the Civil War and his relations with the other republican leaders; the development of Fianna Fáil and his own record as a master of political tactics and strategy; his relations with his cabinets; the drafting of the 1937 constitution; church-state relations, which were often less harmonious than has been assumed; the economic and social policies pursued by his ministers and in particular a reassessment of the 1950s as a watershed decade in post-independence Ireland; the failure to make progress towards either of his cherished aims of ending partition and restoring the Irish language.

Mr de Valera bequeathed all of his personal non-family papers to the Order of Friars Minor five years before his death. The collection was housed in the Franciscan Library Killiney, County Dublin before its transfer to UCDA in July 1997 under the terms of the OFM-UCD Partnership.

Material relating to all aspects of Mr de Valera’s life and career including his birth, early childhood and schooldays in Bruree (1882–89), his association with Charleville Christian Brothers School, Blackrock and Rockwell Colleges (1889–1972); with the Royal University of Ireland (1901–04) and with the National University of Ireland in his role as Chancellor (1921–71).

Family papers concerning his de Valera, Coll and Carroll ancestry, his marriage to Sinéad Flanagan and their children and grandchildren. Biographical material (1916–82) including the commissioning and writing of the official biography (1953–71).

Material concerning all phases of Mr de Valera’s national career including his membership of the Irish Volunteers and Sinn Féin, his participation in the Easter Rising, his imprisonment, the 1917 and 1918 elections, his mission to the United States (1919–20) including papers relating to Harry Boland’s activities in the U.S. (1919–22) and developments there after de Valera’s return to Ireland.

Decrees, Cabinet minutes, ministerial communications and departmental reports from the First and Second Dáil Éireann. Material relating to the negotiation and signing of the Anglo-Irish Treaty, the debates on the Treaty and the Civil War (1920-23); the functioning of the Republican Government (1922–25); the reorganisation of Sinn Féin and the end of the Civil War (1922–23); de Valera’s arrest and imprisonment (1923–24).