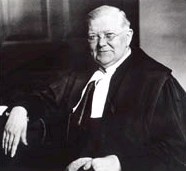 ‌Hugh Kennedy was born in 11 July 1879 in Dublin. He was privately educated and studied Classics and Law in UCD. AT UCD he founded and edited the student magazine, St Stephens, was secretary, auditor and a debating medallist of the Literary and Historical Debating Society and secretary of the Catholic Graduates and Undergraduates Association.

A gold medallist of the Kings Inns Debating Society, he took the Bar in 1902. He  later practised on the Munster Circuit. Kennedy was called to the Inner Bar in 1920 and was elected a Bencher of Kings Inns in 1922.

Kennedy was honorary secretary of the Central Branch of the Gaelic League. He attended the Treaty negotiations in London as Legal Adviser to the Provisional Government and was subsequently involved in the ensuing arrangements to transfer services to it. From February 1922 to February 1923, Kennedy was Law Officer to the Provisional Government, a member of the committee appointed to draft the Constitution and party to the subsequent negotiations with the British government.

Kennedy was appointed Attorney General and took up this post on 1 March 1923. As Attorney General he was in a unique position to exercise wide-ranging functions. He was involved in establishing the executive machinery of the Irish Free State, in drafting suitable legislative provisions for its operation and in finding solutions or compromises to many central problems, notably the North Eastern  situation and the establishment of government and parliament there and compensation.

On 25 October 1923 he was elected to Dáil Eireann as TD for Dublin City South but resigned his seat when appointed Chief Justice in June 1924. As Chief Justice he continued his involvement in the development of the new judicial system. He was a central figure in the Governor General crisis in 1932 when he refused to assume the duties of that office on a permanent basis after the resignation of James McNeill.

Kennedy was member of the Royal Irish Academy, Fellow and Vice-President of the Royal Society of Antiquaries of Ireland, a Governor of the National Gallery of Ireland among many others. He died suddenly at the age of 57 in the autumn of 1936.

This collection was deposited in UCD Archives by Hugh Kennedy's widow, Clare. His niece, Mary Semple, a former Deputy Librarian in UCD, was instrumental in locating a number of ancillary deposits over the years.

Early years and education at University College Dublin including Secretary and Auditor of the Literary & Historical Society (1899–1902); Secretary and member of the Catholic Graduates’ and Undergraduates’ Association (1901–6); editor of St Stephen’s—a record of university life (1901–2); membership of the Gaelic League (1899–1908), Celtic Association (1901) and the Irish National Theatre Society (1903); letters received from Francis Sheehy Skeffington (1904–6) and Tom Kettle ([1904]–7); activities such as fund collection for famine-stricken victims in the winter of 1897–8 and material relating to a protest at the playing of the British anthem at conferrings in UCD (1905).

Legal Adviser at the Anglo-Irish Treaty negotiations and Law Officer to the Provisional Government: mainly material relating to the transfer of power and services and the establishment of the position of Governor General; correspondence with D. Lloyd George (Prime Minister), Winston Churchill (Secretary of State for the Colonies), Alfred W. Cope (Assistant Under Secretary), Francis N. Greer (Irish Office), Sir Frederick Liddell (Office of the Parliamentary Counsel) and related memoranda (1921–2); Conference on Ireland (1922) and Cabinet Committee on Irish Affairs and Technical Sub-Committee (1922).

Material relating to the Civil War and the destruction of the Four Courts including the Public Record Office (1922) and to the deaths of Michael Collins and Arthur Griffith (1922).

Provisional Government and Executive Council policy on the North Eastern counties with details of relations including letters from [7th Marquess of Londonderry] (1922); memoranda and letters on the position of Roman Catholic teachers (1922–3). North-East Boundary Bureau: memoranda relating to its work mainly from Kevin O’Shiel (Director) and correspondence between O’Shiel and members of the Executive Council (1922–3); pamphlets published by its Publicity Department (1922–4). Boundary Commission: correspondence between Kennedy and the Colonial Office (1922–4) and between Kennedy and William T. Cosgrave (President, Executive Council) and related memoranda and notes by Kennedy (1924); letters and memoranda relating to the Boundary Commission Conference (1924) and related series of reference files prepared by the North-East Boundary Bureau for members of the Irish delegation (1924).

Material relating to Post-Truce compensation, the Damage to Property (Compensation) Act and to criminal and malicious injuries claims (1922–4); War Compensation Court (1922–4) and the Committee on Compensation Awards (1925).

Executive Council : its formation including the Ministers and Secretaries Act (1924), meetings (1923–4), correspondence between Kennedy and William T. Cosgrave (President, Executive Council); draft letters and speeches prepared by Kennedy for Cosgrave on many issues including Anglo-Irish matters and the conflict with the Irregulars (1922–4).

Dáil Éireann funds: correspondence between George McGrath (Accountant General) and James O’Connor (Counsel for the Irish Free State) (1922–4); transcripts of related proceedings in the New York Supreme Court (1922–[1927]) and of the Dublin Commission (1923–4) including details of plaintiffs’ exhibits ([1919]–1923) and reference material for counsel and for the plaintiffs ([1919]–1924).

Constitution of the Irish Free State: notes by Kennedy and memoranda examining the implications of the Constitution and related correspondence (1923–4) including letters about its interpretation (1922–4).

League of Nations: preparation of the application for admission by the Irish Free State, subsequent admission and attendance by its delegation at the Fourth Assembly (1923); proposed registration of the Anglo-Irish Treaty (1923), letters and dispatches from the Colonial Office (1923–4); letters to Kennedy from Michael MacWhite (Irish representative accredited to the League of Nations (1923) and E. J. Phelan (International Labour Office) (1923–4).

Dáil Éireann: notes and draft documents by Kennedy relating to the nature of the Dáil and its work; standing orders; the Committee on Procedure (1922–3), finance bill procedure (1923–4), private bill procedure (1923–4), divorce bill procedure (1923–4), functions of the Speaker (1923–4); correspondence between Kennedy and Colm Ó Murchadha (Clerk of the Dáil), Michael Hayes (Ceann Comhairle) and Senator James Douglas and related memoranda on procedural matters; material relating to procedures in Seanad Éireann (1922–3) and to communications between both houses of the Oireachtas and related procedures (1922–3); oath and two-fold oath of allegiance (1921–3); parliamentary library (1923); first election under the Irish Free State (Agreement) Act, 1922 including proportional representation (1922–3); opening meetings of parliamentary sessions and addresses by the Governor General (1922–3).

Courts, judiciary and judicial reorganisation: accommodation matters in the aftermath of the destruction of the Four Courts ([1922]–1924), reopening of the courts in the Four Courts (1931); suspension of the Dáil Éireann courts and related legislation and Dáil Éireann Courts (Winding-Up) Commission (1922–3); matters relating to the Supreme Court of Judicature (1923–4), district courts and related legislation (1922–4).

Courts of Justice bill 1924: correspondence and proposals from government ministers, members of the legal profession (mainly District Justice Louis Walsh) and the public; notes and analysis by Kennedy; rules of court and the Rule-Making Authority appointed under the Courts of Justice Act 1924 (1923–6).

Chief Justice: correspondence between Kennedy and the Office of President of the Executive Council (1924–30), various ministries, the Attorney General, Ceann Comhairle, Senate members and religious figures (1925–36); cases and judgments (1926–9); correspondence between Kennedy and the Committee of the Executive Council on amendments to the Constitution (1926); material relating to the retirement of Timothy M. Healy as Governor General, installation of James McNeill and the installation of Domhnall Ó Buachalla and related crisis (1928–32).

International Commission under the Treaty of Conciliation between Romania and the United States of America (1930–1) and Second House Commission (1936).

Design of state seals (1922–8), Lane Bequest and the National Gallery (1923–6), material relating to archives, antiquities, treasure trove and the Gate Theatre (1923–34) including correspondence between Kennedy and Hilton Edwards (1923–34).

American Bar Association and Canadian Bar Association: visit to Dublin by members of both associations (1923–5), Kennedy’s membership (1925) and related visit by Kennedy to the United States of America and Canada (1926–9).