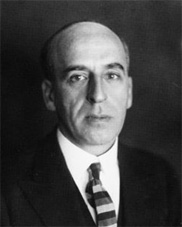 Born in Carrickfergus, County Antrim in 1888, Lester was educated at Methodist College, Belfast. His early career as a journalist saw him working for a number of titles including the Portadown Express, County Down Spectator, Connacht Tribune, Dublin Evening Mailand Freeman’s Journal. During this time he was actively involved in the independence movement, becoming a member of The Gaelic League, the Dungannon Clubs, and the IRB‌. In 1923 he joined the newly formed Department of External Affairs as Director of Publicity, a post he held until 1925 when he was made Assistant Secretary in the department.

In 1929, he was sent to Geneva as Permanent Delegate of the Irish Free State to the League of Nations, succeeding Michael MacWhite who was being transferred to Washington. In 1933, he was seconded from the Irish service to the post of High Commissioner of the League of Nations to the Free City of Danzig where he showed great courage in protesting against Nazi persecution of the Jewish population.

He retired to the west of Ireland where he indulged his passion for fishing, and resisted all calls for a return to service. He received honorary degrees from the National University of Ireland and Dublin university, and also received the Woodrow Wilson award for his service to the League of Nations during the war. He died at Galway in 1959. He had married Elizabeth (Elsie) Tryell in 1920 and had three daughters.

This collection was depsoited in UCD Archives in February 2005 by his daughters Dorothy Gageby, Ann Gorski and Patricia Kilroy.

Transcripts of speeches and broadcasts delivered throughout his career (1933-53)

Further Lester papers have been deposited in the United Nations Office at Geneva (UNOG).