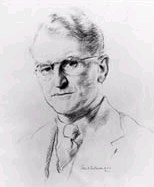 O'Malley, Ernest Bernard (‘Ernie’) (1897–1957), revolutionary and writer, was born 26 May 1897 in Ellison St., Castlebar, Co. Mayo, second child among nine sons and two daughters of Luke Malley, solicitor's clerk, of Co. Mayo, and Marion Malley (née Kearney) of Co. Roscommon. Christened Ernest Bernard Malley, his adoption of variations on this name (Earnán O Máille, Earnán O'Malley, and, most commonly, Ernie O'Malley), reflected his enthusiasm for a distinctively Irish identity – an enthusiasm that lay at the heart of his republican career and outlook.

In 1906 his family moved to Dublin, where O'Malley attended the CBS, North Richmond St. In 1915 he began to study medicine at UCD. Having initially intended to follow his older brother into the British army, O'Malley in fact joined the Irish Volunteers in the wake of the 1916 Easter rising (as a member of F Company, 1st Battalion, Dublin Brigade). The latter had a profound impact upon his thinking; O'Malley was to become a leading figure in the Irish Republican Army during the Irish revolution which that rebellion helped to occasion. In 1918, having twice failed his second-year university examination, O'Malley left home to commit himself to the republican cause. He was initially a Volunteer organiser with the rank of second lieutenant (under the instruction of Richard Mulcahy, operating in Counties Tyrone, Offaly, Roscommon, and Donegal. His work in 1918 involved the reorganisation, or new establishment, of Volunteer groups in the localities. Then in August 1918 he was sent to London by Michael Collins to buy arms. During 1919 he worked as an IRA staff captain attached to GHQ in Dublin, and also trained and organised Volunteers in Counties Clare, Tipperary, and Dublin. He had a notable military record with the IRA during the war of independence, and was a leading figure in attacks on Hollyford barracks in Co. Tipperary (May 1920), Drangan barracks in Co. Kilkenny (June 1920), and Rearcross barracks in Co. Tipperary (July 1920). His IRA days thus involved him with comrades such as Dan Breen, Séamus Robinson, and Seán Treacy. In December 1920 O'Malley was captured in Co. Kilkenny by crown forces. He escaped from Dublin's Kilmainham jail in February 1921, to take command of the IRA's 2nd Southern Division (holding the rank of commandant general).

O'Malley's republican commitment had political roots in his conviction that Ireland should properly be fully independent of Britain, and that violence was a necessary means to achieve this end. But the causes underlying his revolutionism were layered. Family expectations of respectable, professional employment combined with a religious background and an enthusiasm for soldiering to provide some of the foundations for his IRA career: as an IRA officer he enjoyed professional, military expression for a visceral catholic Irish nationalism. He also found excitement, liberation from the frequent dullness of his life at home, defiant rebellion against his non-republican parents, an alternative to his stalled undergraduate career, and – in political and cultural Irish separatism – a decisive resolution of the profound tension between his anglocentrism (in, for instance, his literary and intellectual influences) and his anglophobia.

O'Malley rejected the 1921 Anglo–Irish treaty as an unacceptable compromise. He had spent the 1921 truce period training IRA officers in his divisional area, in preparation for a possible renewal of fighting. He was, in the event, to be a leading anti-treatyite in the 1922–3 civil war. In the Four Courts in 1922, at the start of the latter conflict, he was captured on the republicans’ capitulation on 30 June but then managed to escape from captivity. Subsequently he was appointed assistant chief of staff of the anti-treaty IRA and also became part of a five-man anti-treaty army council (along with Liam Lynch, Liam Deasy, Frank Aiken, and Tom Derrig.

O'Malley was dramatically captured (and badly wounded) by Free State forces in Dublin in November 1922. Imprisoned until July 1924, he was during the period of his incarceration elected as a TD for Dublin North in the 1923 general election, and was also a forty-one-day participant in the republican hunger strike later in that year. Following release from prison, he returned home to live with his parents in Dublin. He decided not to focus his post-revolutionary energy on a political career. During 1926–8 and 1935–7 he (unsuccessfully) tried to complete his medical degree at UCD; but increasingly his post-1924 efforts were directed towards life as a bohemian traveller and writer. He spent much of 1924–6 on a recuperative journey through France, Spain, and Italy; and 1928–35 travelling widely in north America. During 1929–32 he spent time in New Mexico and Mexico City; in Taos, New Mexico, he mixed with, and was influenced by, writers and artists as he worked on what were to become classic autobiographies of the Irish revolution: On another man's wound (1936) and The singing flame (1978).

O'Malley met Helen Hooker (daughter of Elon and Blanche Hooker) in Connecticut in 1933. They married in London in 1935, each rejecting something of their prior lives in the process: he, his Irish republicanism, through marriage to somebody entirely unconnected with that world; she, her wealthy and respectable upbringing, through liaison with a catholic, Irish, unemployed, bohemian ex-revolutionary. They settled first in Dublin then, from 1938 onwards, primarily in Co. Mayo. Burrishoole Lodge, near Newport, was O'Malley's main base until 1954, when he moved to Dublin. Three children were born to the O'Malleys: Cahal (1936), Etáin (1940), and Cormac (1942). Sharing enthusiasm for the arts, Ernie and Helen enjoyed several years of intimacy. But by the mid 1940s their relationship had frayed. In 1950 Helen kidnapped (the word was used by both parents and by all three children) the couple's elder two children and took them to the US. From there she divorced O'Malley in 1952. Cormac remained with his father.

O'Malley's post-American years were devoted to a number of projects. He wrote extensively, including work for The Bell and Horizon; he was involved with the film director John Ford in the making of his Irish films (including The quiet man (1952)); he gave radio broadcasts (on Mexican painting for the BBC's Third Programme (1947), and on his IRA adventures for Radio Éireann (1953). In the latter year he suffered a heart attack, and his remaining years were scarred by ill health. He died of heart failure on 25 March 1957, in Howth, Co. Dublin, at the house of his sister Kathleen. Two days later he was given a state funeral with full military honours. He was buried in the Malley family plot in Glasnevin cemetery, Dublin.

O'Malley exemplifies some important themes in modern Irish political and intellectual history: his powerful memoirs form part of a tradition of writing absorbedly about Ireland, while under idiosyncratic emigrant influences which lend the writing much of its distinctiveness; his aggressive republicanism exemplifies a persistent but ultimately unrealisable tradition of uncompromising IRA politics; his unflinching single-mindedness was the condition for much courageous and striking activity, but also lay behind his infliction and his suffering of much pain. Literary, intellectual, and defiantly dissident, O'Malley was the classic bohemian revolutionary. His historical significance lies in his having been both a leading Irish revolutionary, and the author of compelling autobiographical accounts of those years. His memoirs are distinguished from their rivals on the shelf by subtlety, self-consciousness, and literary ambition; in particular, his preparedness to identify motives for Irish revolutionary action, beyond the terms of ostensible republican purpose, renders his writing of great value to historians. Similarly, the large body of archival material left in his name (especially, perhaps, the papers held in UCD archives, and those in the private possession of his children) leaves scholars in his debt. The most striking and evocative visual images of O'Malley are, arguably, the set of photographic portraits taken in 1929 by Edward Weston, and held at the University of Arizona's Centre for Creative Photography; these capture with precision O'Malley's reflective concentration, his piercing earnestness, and his troubled intensity.

Dictionary of Irish Biography
© 2019 Cambridge University Press and Royal Irish Academy. All rights reserved. Not for commercial use or unauthorized distribution. Used by permission.

These bulk of the O'Malley papers were held for safekeeping in the Gilbert Library/Pearse Street Public Library for a number of years but were transferred to UCDA under the terms of the O’Malley Trust established in September 1974. The fourth series of papers (Additional Material) came to UCD Archives with the Frances Mary Blake papers, and the decision was taken to add them as a series of additional material to the original P17a catalogue to the O’Malley papers. Blake had worked on the papers in the 1970s and used her own numbering system (see also her own papers, P244). Her arrangement has been retained and her original reference numbers included in the item or file description. The unnumbered material then follows. The O'Malley Trust was wound up in 2015 and ownership of the papers transferred to UCD.

Personal and command notebooks used by Ernie O’Malley during the war period, as well as in later years; notes on many topics including some related to his military interviews; press cuttings.