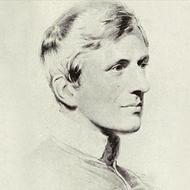 This project has the aim of promoting the academic legacy of John Henry Newman in University College Dublin, the city of Dublin, and Ireland as a whole. To this end, the project supports research on John Henry Newman’s life, thought and work, with a particular focus on his “Dublin writings” (1851-9) -- including his ‘Discourses on the Scope and Nature of University Education’, which eventually constituted the first part of Newman’s famous ‘The Idea of a University Defined and illustrated’, published in London in 1873.

The project also supports the Newman Research Library in UCD’s historic Newman House, and -- with the generous support of the Newman Foundation -- funds scholarships for both MA and PhD students at UCD whose research relates to the thought of John Henry Newman.

European Research Grant NeoplAT: A Comparative Analysis of the Middle East, Byzantium and the Latin West (9th-16th centuries) (ERC_CoG_771460) 2018-2023. Hosted jointly by UCD and the Academy of Sciences Vienna.

This project, led by Dragos Calma (Associate Professor, UCD School of Philosophy), offers a fresh and thoroughly documented account of the impact of Pagan Neoplatonism on the Abrahamic traditions. It focuses mainly, but not exclusively, on the Elements of Theology of Proclus (fifth century) which occupies a unique place in the history of thought.

This project radically challenges these conservative narratives both by analysing invaluable, previously ignored resources and by developing an innovative comparative approach that embraces a variety of research methods and disciplines. Specialists in Arabic, Greek and Latin history of ideas, philology, palaeography and lexicography develop an intense interdisciplinary research laboratory investigating the influence of Proclus on the mutual exchanges between the scriptural monotheisms from the ninth to the sixteenth centuries. 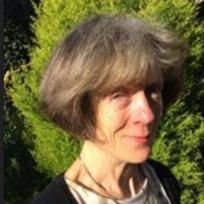 The aim of the project is to foster and support interdisciplinary work on religions and faith in UCD, Dublin, and Ireland. 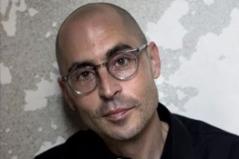 This project is led by Joseph Cohen (Associate Professor, UCD School of Philosophy).

The project proposes to engage with various questions concerning the relationship between Jewish philosophy and contemporary philosophical and political thought, in order to offer a dialogical and critical platform on themes and questions affecting our contemporaneity. In this sense, the aim of the project is both academic and societal.

The project will develop active and purposeful dialogue with other theological and religious traditions as well as engage in contemporary questions emanating from political theory and governance, history and the humanities, science and technology, and art and aesthetics.

The project will co-ordinate an annual international conference at University College Dublin, as well as hold various workshops and ateliers on specific themes.

International cooperation will be actively sought with future partner institutions in Europe, North and South America, and the Middle and Far East, and funding for the project’s activities will be sought both from within UCD and from international funding sources.