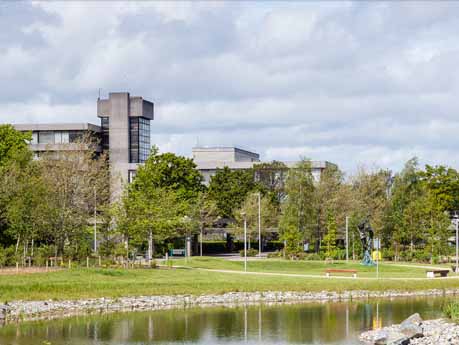 About UCD Sport and Performance

The mission of UCD Sport and Performance is to offer academic programmes at undergraduate and postgraduate levels in the field of sport & exercise science and sport management, thereby facilitating the attainment of lifespan health, fitness and sporting performance within Ireland and beyond.

Our goals are to:

History of UCD Sport and Performance

UCD Sport and Performance was established in the summer of 2021 to replace the previous UCD Centre for Sports Studies.

University College Dublin has a sporting tradition extending back over more than a century which is unrivalled among Irish universities. Today UCD is unique among universities in Ireland, and probably abroad, with teams participating in the premier national competitions of a number of sports including soccer, rugby and hockey. This competitive thrust is supported by innovation off the field. UCD pioneered the concept of sports scholarships in Ireland and now has the most advanced sports scholarship programme of any third level institution in the country. Outside the university, the reputation of UCD sport has been enhanced by the deep involvement of graduates and students in the administration and organisation of Irish sport through the national governing bodies of their own sports.

UCD’s strong academic and sporting reputation led to the development of a number of sports-related programmes, established in association with the University Industry Programme. The Certificate in Injury Management and Fitness in Sport commenced in 1995 and proved very popular among the sporting community until its cessation in 2006. This was followed in 1996 by the Diploma in Sports Management which caters for school leavers, elite sports persons and those involved in sports organisations and the sports industry. Following a review in 1999, this programme changed to a modular format the form in which it continues today. This review also clearly identified the need for a degree programme in Sports Management in contrast to the existing courses in Sports Science. The result was the establishment in UCD of the full-time BSc (Sports Management) in September 2001 and the creation of the new modularised BSc (Sport & Exercise Management) programme in 2006. The MSc Sport & Exercise Management programme was introduced in 2009 and expanded in 2011 to include streams in Exercise Management, Golf Management, Rugby Management and Sports Management. An MSc Coaching and Exercise Science programme began in September 2014.