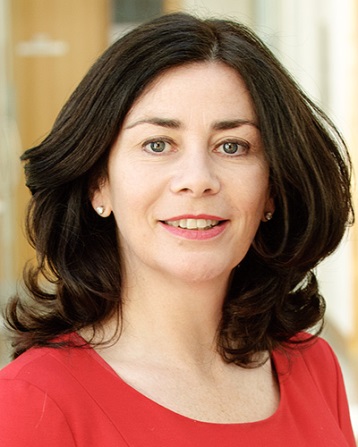 The University College Dublin academic will take up the role in 2020 after she received the nomination to serve as President-Elect in June of this year.

A multidisciplinary professional organisation in the field of pain research and medicine, the EFIC represents close to 20,000 physicians, basic researchers, nurses, physiotherapists, psychologists and other healthcare professionals across Europe.

Her elevation to the EFIC’s presidency is doubly historic for the group as Associate Professor Fullen will also be the first non-medical doctor to hold the position.

Speaking on her appointment, she said she was honoured to be president-elect of the EFIC.

“We are preparing the next generation of healthcare workers and researchers, and that it is not simply about learning within the four walls of a classroom or congress - it’s about contributing to organisational and institutional changes in health services across Europe," she added.

Past president of the Irish Pain Society, Associate Professor Fullen from the UCD School of Public Health, Physiotherapy and Sports Science has worked at Massachusetts General Hospital in Boston, and St Vincent’s University Hospital and Tallaght Hospital in Dublin.

A PhD graduate from UCD, she is currently the Director of the University’s Centre for Translational Pain Research.

Associate Professor Fullen specialises in the topic of pain, and her research includes the assessment and rehabilitation of people with chronic pain in a range of conditions including musculoskeletal dysfunction, obesity, and spinal cord injury.