Wolfgang Marx - Should experts disagree with the government's response? 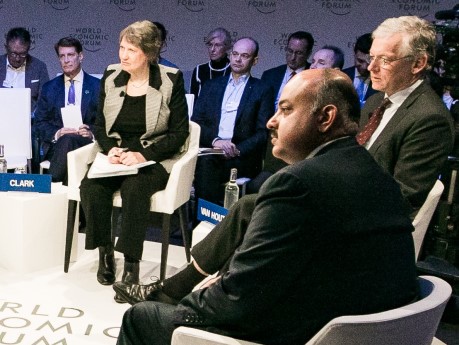 A reader asks:
"When the scientists on a government panel disagree with political decision made after discussions with that panel, should they appear to agree when making public pronouncements on the decision?"

Another reader also asks:
"Is criticism best left when the pandemic is over? Everywhere the pandemic has hit, criticisms of governments' handling of the situation have surged - regarding lack of foresight, bad handlings of the national or regional situations but also lack of political vision for the aftermath. It has also seen calls, some more timid than others - including from journalist editoral pieces - to suspend criticism, to suspend parliamentary debates, or to dismiss (political) critique altogether as mere ideological partisanship and division that would continue to divide the population or at least as something that can wait at a time when solidarity is needed more than never. But doesn't this view assume that solidarity implies blind trust and acceptance? And that critical debate is unnecessarily divisive and unwelcome in times of crisis. What can critical theory tell us about the mean between suspicious criticism and blind obedience to policies and experts when both clash and that countries take conflicting measures?" 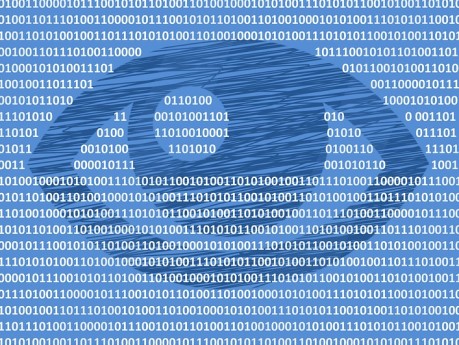 A reader asks:
"Two-part question (if that's okay!):
1) Do citizens have a duty to download and use contact tracing apps, sacrificing some of their privacy for the 'public good'?
2) If so, should states be able to compel (e.g., legally) all citizens to download and use such apps?"

John McGuire - Should we trust people to follow the rules? 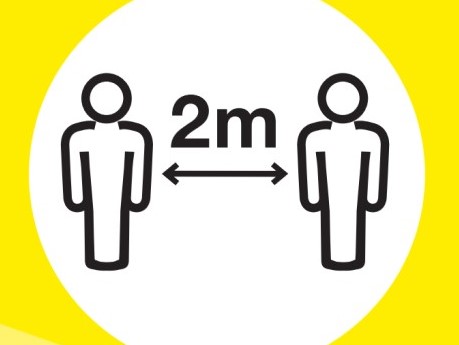 Assia Buono asks:
"Phase 1 allows outdoor meetings between people from different households, on the condition that they adhere to social distancing. Two of my housemates go on walks with 1 friend each, and say that they keep 2m apart. I have no way of ‘knowing’ that they are indeed maintaining distance, but I have to *trust* that they are. Should I be skeptic here? Is it naive to trust, or is it fair given that the walks can keep them sane?"

Rowland Stout - Who should get priority for treatment? 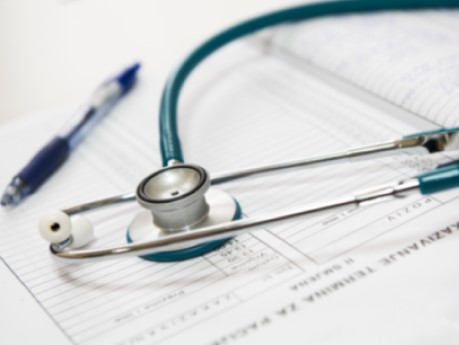 Mary Fitzgerald asks:
"The pandemic has raised serious questions about decisions as to who should have the benefit of ventilators to treat Covid-19 in the event that there are not enough ventilators available for the number of patients who require them. On a programme hosted by Brendan O’connor on RTE Radio 1 when hospitals were being ramped up to deal with the epidemic, one speaker expressed his opinion that ventilators be prioritized for those in their 40s/50s, described by the speaker as “productive members of society”. What does this say about the dignity and value of human life."

Timothy King asks:
"Asking physicians to determine subjectively the allocation of scarce medical resources among patients, such as highly scarce access to a ventilator, invites abuse and corruption, and also imposes an undue moral burden on the physician who must make the final choice. In a relatively small city like Dublin, it is especially important that the doctor who makes the final decision has no idea of the identity of the patient. One way a hospital might ensure that such decisions are taken solely on medical grounds would be to have one physician assess the probability that a patient will recover and the number of years of healthy life she can reasonably expect to enjoy when fully recovered, and to send this along with information about the patients’ age, to the physician with responsibility for determining who gets access to a ventilator and who doesn’t. One day the 42-year old Taioseach is brought to hospital and it is very quickly determined that his survival will require intubation. The probability of complete recovery is assessed. There is unfortunately a competing candidate for the only available ventilator, a 35-year old with the same probability of complete recovery. The rules indicate the anonymous 35-year old should get preference. Unfortunately, the arrival of the Taioseach has created such a buzz among everybody in the hospital that the decision-taker knows that the life of the Taioseach is in his hands. Distraught, he appeals to the hospital director for guidance. The director alone knows that the 35-year old is a prisoner in Mountjoy in the penultimate year of a ten-year sentence for drug dealing. He turns to a moral philosopher for help. What should the philosopher advise him to say to the decision-maker and to the inevitable subsequent press conference?"

Elmar Unnsteinsson - Is it ever right for the State to lie to us? 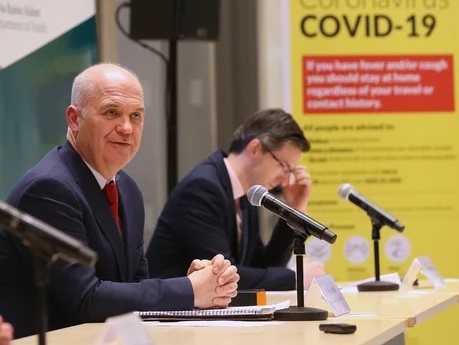 Felix Larkin asks:
To what extent, if at all, is there a morally acceptable argument for government or others in authority withholding information, or releasing false or partial information, on an impending catastrophe such as a pandemic in order to avoid panic in the populace at large?

Phillip Cummings asks:
To what extent, if at all, should public figures conceal the full truth about aspects of the pandemic in order to achieve desired behaviour from the public? I think this question is particularly relevant in relation to the easing of lockdown conditions. For example, even talking about future easing of restrictions on public movement carries the risk of some people easing them off their own bat once the topic has been mentioned. So then, to be safe rather than sorry, would it be acceptable for a public figure to conceal the fact that the most dangerous period in terms of infection has passed in order to keep people indoors to prevent the danger of a second wave of infection?

Should we test people before we allow them to vote? 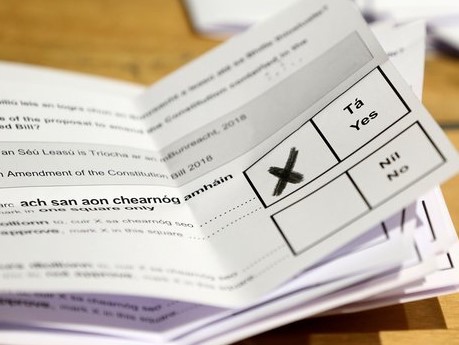 Keith Crawford asks:
Would it be ethical to have some sort of simple test for voters (competency based) to encourage those elected to raise their game. I'm thinking of the current US President. I live in New Zealand but am originally from Northern Ireland and have never had a leader I could get behind until now.

Does lockdown trade off physical for mental well-being? 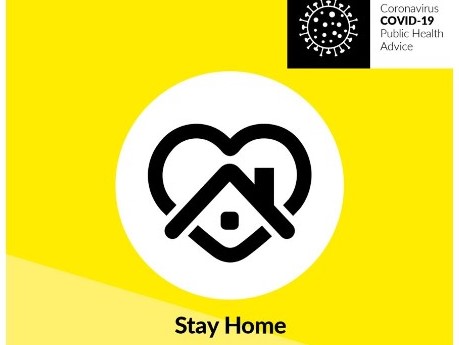 Leonard Lades asks:
Should we trade off physical health outcomes (including potential deaths) with mental health outcomes (including subjective well-being and mental health issues) when deciding about the strength of isolation policies? For example, the policy to not allow people to sit in parks likely reduces the spread of the virus but also takes away the joy of being outdoors or in nature with its potential detrimental mental health benefits. Are there ethical concerns when making such trade-offs?

Another reader asks a similar question:
Is it more important to stop the harmful effects of the pandemic at all costs even without considering the psychological damage of many people susceptible to prolonged confinement?

Does the COVID-19 crisis show people are inherently selfish? 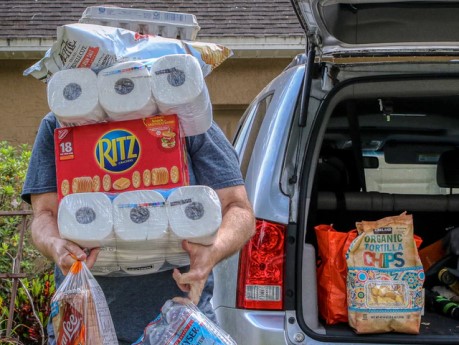 A reader asks the question:
Do you think that in times of chaos, like the pandemic we are all experiencing now, all of our values and morals fall out the window, and we kind of revert back to Hobbes' idea of the state of nature. People hoarding toilet papers, emptying out grocery stores and even going as far as protesting and risking public health, truly reminds me of the idea that we are selfishly driven.

Is it moral to buy non-essential goods during the pandemic? 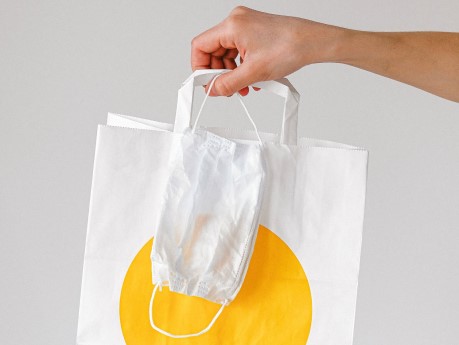 Rebekah Corbett asks:
Is it morally permissible to shop online (for items other than food or other basic necessities) during the pandemic? The basic dilemma is 'helping to keep the economy afloat' vs contributing to high levels of demand that may place low-paid factory workers, manufacturers and delivery drivers at risk.

Ask your own question about the COVID-19 pandemic 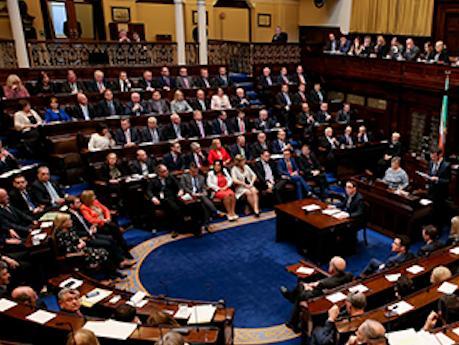 There are many kind of issues that we would like to hear from you on. Are you worried about the ethics of something people are doing now, or want to do now? Are you worried about the big-picture implications of some measures society is taking or thinking of taking? Do you think there is a deeper reason we find some ways of responding to the crisis easier and some harder?

Questions we have received and are answering