Children have the potential to make meaningful contributions to peacebuilding, fostering constructive relationships across different social groups. The Helping Kids! lab, led by Dr Laura K Taylor, has collected data with thousands of children in six countries to explore when and why children help and share with people across social boundaries.

Collaborating with local stakeholders through advisory committees, Dr Taylor and colleagues have shared their findings widely, via mainstream media, social media, newsletters and public outreach events, raising awareness of the role that children can play in promoting peace. The team and collaborators are also taking steps to ensure the research findings inform relevant Government policies, like the Shared Island initiative. These findings have significant implications for improving intergroup relations, deepening social cohesion, and promoting peace across the island of Ireland and around the world.

Peacebuilding activities aim to resolve injustice and build constructive relationships across different social groups. When successful, peacebuilding can reconcile opponents, foster social cohesion, and prevent further conflict. Children play an important role in the peacebuilding process, but to date there is little research on the ways in which children can help heal divided societies.

To address this, Dr Taylor founded the Helping Kids! lab in 2015, which conducts cross-cultural, international research to understand the various factors that encourage children to help members of social groups other than their own (across different geographic regions, nationalities, religions and ethnicities). 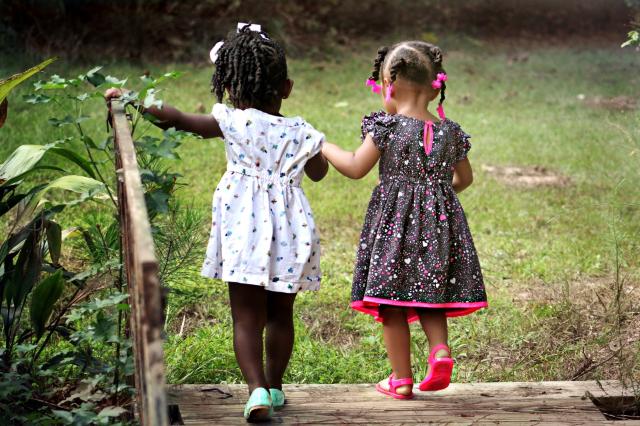 Prioritising children’s agency and voice, Dr Taylor and colleagues have worked with thousands of children, aged between 4 and 11, in 6 countries: Republic of Ireland, Northern Ireland, Kosovo, Republic of North Macedonia, Croatia and Israel. They used innovative methods, including drawings and interactive games, to better understand when and why children help, share with and care for others.

They identified several factors which shape children’s helping behaviours towards former “conflict rivals” and ethnic minorities. For instance, they found that children in Northern Ireland, Kosovo and Macedonia could recognise religious and political symbols from as young 5; and even though children preferred symbols associated with their own group, they still shared with peers from the conflict rival group. Despite peace agreements in all three settings, the research highlights that tensions remain, with children socialised in the history of conflict. The research suggests that primary school is an important time to develop prosocial behaviour – helping, sharing and caring, or actions that benefit others.

To explore this further, The Helping Kids! lab developed a storybook intervention for school children. Children who read the book about refugee children coming to their country showed more empathy and helping intentions toward a (fictious) refugee who would be coming to their school. The results highlight how host-society children can welcome refugees, which is important because over half of refugees are school-aged children.

Toward wider social inclusion in the Republic of Ireland, Dr Taylor’s team explored children’s awareness of symbols associated with the Traveller community. They found that settled Irish children could only identify Traveller symbols that were visibly obvious. This research lends support to the “Traveller Culture and History in Education Bill 2018”, which aims to tackle systemic anti-Traveller racism through primary and post-primary education.

In alignment with the government’s Shared Island initiative, Helping Kids! focuses on the next generation of peacebuilders across the island of Ireland, supporting a more inclusive, shared future.

To share their findings with the wider public and relevant policymakers, Dr Taylor and colleagues set up and actively collaborate with a Local Advisory Committee, comprised of key individuals from relevant organisations: the Think-tank for Action on Social Change, the Northern Ireland Council for Integrated Education, the Cross Border Orchestra of Ireland, and the Migrant and Minority Ethnic Council. The Committee give feedback on the research and suggest ways in which the findings can inform practice and policy (like the Government’s Shared Island initiative). Outreach through social media, newsletters, and community events help to disseminate findings to policymakers and practitioners on the island.

In 2021, the team worked with the Southside Travellers Action Group and the Irish Traveller Movement to ensure that their research accurately reflected Traveller culture. Through these organisations, Dr Taylor and colleagues further shared the project’s findings to support calls for greater equality and inclusion of Travellers within Irish society, such as the Traveller Culture and History in Education Bill, the National Traveller and Roma Inclusion Strategy, and the Yellow Flag Programme.

I think this exploration that Helping Kids! are doing with younger children could be really important. It could lead us towards better informed practice and interventions, and could lead us to understand more about how prejudice and preferences are formed, and what factors influence the formations of those prejudices and preferences. 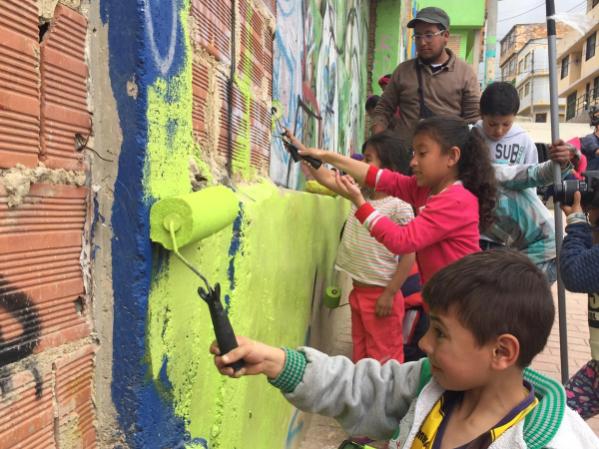 Findings from Helping Kids! have been featured in news outlets around the world. This includes television (BBC One), print (The Sunday Times, Irish Times, BBC, RTÉ News), radio (RTÉ Radio 1, NewsTalk) and podcasts (The Conversation, UCD Discovery Podcast). The team have also produced their own podcast to discuss the Helping Kids! lab work over the last two years. Listeners commented favourably: “Well done on this informative podcast!" ... “Helping Kids! has a role to play in helping us achieve a shared society”. This extensive media engagement is generating public awareness about the potential of children’s peacebuilding to foster meaningful change.

In line with their child-centred ethos, the team host a variety of free, family-friendly events. Most recently, their UCD Festival event, The Art of Identity, was highly successful, with dozens of families attending the interactive art exhibition. The displays included drawings and quotes from children aged 5-11 from the team’s research in Northern Ireland, Croatia, Kosovo and Macedonia. Children at the event contributed their own drawings representing the topics of “Europe”, “Peace” and “Where I Live”. One parent commented, “It was so fun to see how researchers are engaging with children about these issues. My child loved the event.”

In a linked project in Colombia, children painted a mural across two blocks near their play centre, depicting the themes of the workshop. Photos that the children took as part of the research were also presented in a mobile exhibit. Participants who attended left the exhibition reporting more positive attitudes about youth engagement in peacebuilding in Colombia. The project not only helped change the lives of young people, but empowered them to change their community, and the hearts and minds of those who saw their artistic work.

Helping Kids! has published 18 peer-reviewed journal articles and chapters since 2015, most of which have at least one student author, demonstrating Dr Taylor’s mentorship of early career researchers. This research has global academic impact, with two papers among the top cited in their journal in 2021. Helping Kids! research has been shared widely via over 40 conference presentations and public outreach events all over the world (South Korea, Kosovo, USA, Colombia, Switzerland, Sweden, UK).

"As a Dublin-based think-tank, partnering with academics like Dr Taylor helps us to advance the Shared Island Initiative.”
— Dr Shana Cohen, Think-tank for Action on Social Change (TASC)