The Open Heart City research project inspired a new future for the former Magdalene Laundry on Sean McDermott Street in Dublin. Conducted over three years, the research involved consulting with institutional abuse survivors, local communities, local Government and national Government. It resulted in plans showing how the location could become a site of national conscience incorporating a museum and archive.

Informed by this research, the Government announced in March 2022 that the site will become a National Centre of Research and Remembrance, comprised of a museum and exhibition space, an archive of records related to institutional trauma, and a place for reflection and remembrance, alongside social housing and community facilities, and an educational and early-learning facility. Crucially, the museum will teach current and future generations about what happened in Ireland’s institutions, contributing to what survivors have repeatedly expressed: that memorialisation should educate the public with a view to preventing similar abuses in the future.

In 2018, Dublin City Councillors backed a motion not to sell the former Magdalene Laundry site on Sean McDermott Street, Dublin, to a budget hotel chain. This was the last Magdalene Laundry to close in Ireland, in 1996. Given Ireland’s legacy of institutional abuse trauma, and the need for justice for survivors, the question of what should be done with the site was critical. 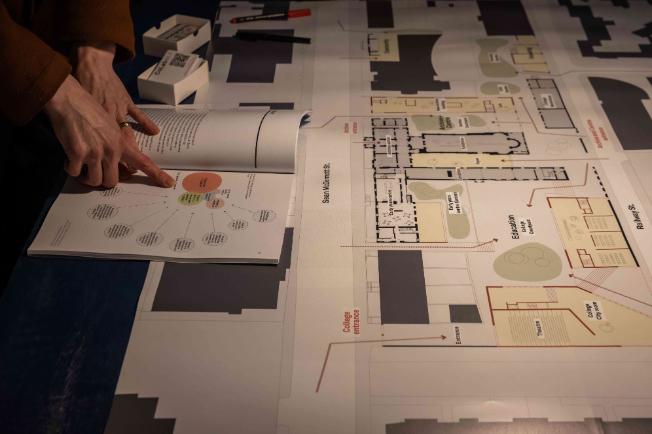 The Open Heart City (OHC) research project is a collaboration between the Open Heart City Collective (a group of academics led by Professor Campbell and Professor O’Donnell) and CoLab 81-7 (a group of three emerging architecture offices). Together, over the course of three years, they took an academic approach to the problem of what to do with the former Magdalene Laundry site, using design research methods (including site investigations, feasibility studies and experiments), and soliciting the views of as many diverse voices as possible, including institutional abuse survivors, members of the local community, national Government, local government and other academics.

The multi-disciplinary members of the Open Heart City Collective informed teaching in two Masters of Architecture (M.Arch) research studios: one at UCD, and one at Queen's University Belfast. The resulting M.Arch research, as described above, is shared on the Open Heart City website, as well as on Twitter and Instagram.

Professor O’Donnell facilitated consultation between CoLab 81-7and stakeholders to explore the idea of creating of a permanent memorial (or “site of conscience”) at the former Magdalene Laundry. CoLab 81-7 exhibited research on site, held consultation workshops and created a “Vision Document” which outlines valid possible directions for future development, proposing a museum and an archive for the site, alongside housing and educational facilities.

M.Arch students at UCD and QUB have also worked to research different factors that will influence the proposed memorial, such as cost, feasibility, urban strategy, historical context, existing fabric and life-cycle reuse.

Fundamentally, this research made it possible to deliver a radically new future for the former laundry as a site of national conscience.

The work of OHC is impressive and was of interest to Government ministers and officials in determining the redevelopment of the former Magdalene site.

The OHC project is led by Professor Katherine O’Donnell (UCD School of Philosophy) and Professor Hugh Campbell (Dean of UCD Architecture). It is drawn together by the UCD Centre for Ethics in Public Life (CEPL).

Members of OHC lectured on the M.Arch Studio programme that focussed on re-developing the Sean McDermott Street site, and they continue to research and publish on the wider issues that the site raises:

CoLab 81-7 has been supported by an Irish Arts Council Architecture Project Award in 2020, as well as philanthropic support via Justice for Magdalenes Research (JFMR), who are also all members of OHC.

The immediate impact of this research is on Government policy, while the lasting impact is an innovative model for addressing dark heritage which will educate, enrich communities, and contribute towards justice.

Having conducted the research, OHC members met with key members of the Cabinet, presenting the draft Vision Document for Sean McDermott Street. Following this, Mr Martin Fraser, the former Secretary General at the Department of the Taoiseach and now the Irish Ambassador to the UK, was appointed to further develop the project.

Informed by the research and advocacy of OHC, the Government announced in March 2022 that the Sean McDermott Street site will become a National Centre for Research and Remembrance. Justice Quirke’s 2013 report on a redress scheme for the Magdalenes recommended a “small memorial garden” on the site. Through consultation and research, OHC developed a more expansive and complex brief, reflecting the needs and desires of survivors and local communities. 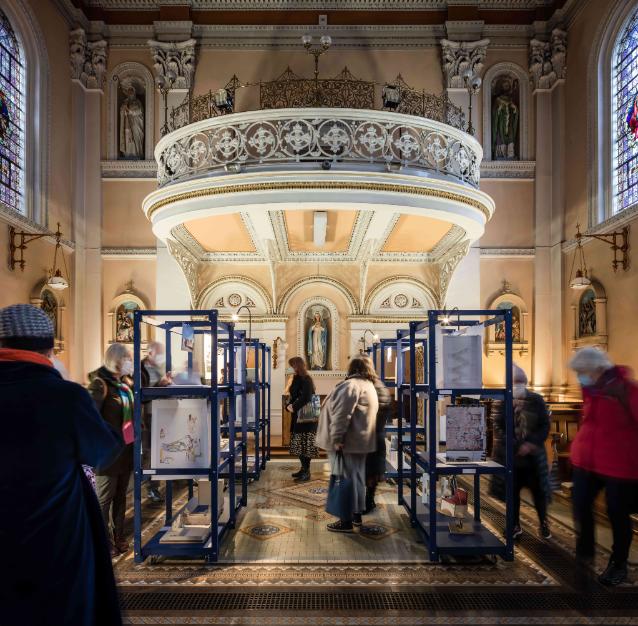 The proposed centre will now comprise a museum and exhibition space, an archive of records related to institutional trauma, and a place for reflection and remembrance, alongside social housing, community facilities, and an educational and early-learning facility. All of these elements were contained in the research findings and detailed in the brief for the site outlined in the Vision Document. This work is actively progressing: the Office of Public Works are in the process of taking over the site.

The Site of Conscience will have significant national and international socio-cultural impact. In the Government’s own words: “It will be a national institution which achieves both a global reach and strong connections to, and benefits for, the local community.”

The archive will provide digital access to records, but will also consist of physical sites to allow survivors to visit. Establishing a physical archive of records and survivor testimony is an important contribution to truth-telling and accountability. By teaching current and future generations about what happened in Ireland’s institutions, the museum and exhibition space will contribute to what survivors have repeatedly expressed: that memorialisation should educate the public with a view to preventing similar abuses in the future.

A significant number of survivors and their families reside in the area around Sean McDermott Street. That the National Centre for Research and Remembrance will be located in the heart of this neglected area will benefit the local community socially, economically, and culturally. In addition, the proposed housing, local community facilities, educational and early learning facilities — shown to be feasible on the site through this research — will have clear economic and social benefits for the local community, as well as educational benefits.

Ireland is not unique in having sites of dark heritage. The OHC project provides a template for how architectural research can work with other disciplines and methods to develop new approaches to such sites. Recognising this, the masters research studio at UCD gained a University Award for Outstanding Contribution to Student Learning 2019/20. PhD research has also developed out of the project, such as an IRC Enterprise partnership with the National Museum of Ireland, funding Donna Rose’s dissertation on “The Material Heritage of Ireland’s Magdalene Laundries”.

I want to recognise JFM, the Open Heart City Collective and CoLab 81-7 for their commitment, work and engagement with survivors and the local community to develop a vision for the Seán McDermott Street site over the last number of years. They have played an invaluable role in securing today’s announcement.

“The work of OHC is impressive and was of interest to Government ministers and officials in determining the redevelopment of the former Magdalene site.”
— Martin Fraser, Secretary General, Taoiseach’s Department.

“The impact that the work that Open Heart Project has started will have huge beneficial consequences for the whole of Irish Society at various levels into the future, one can not underestimate the importance of the OHC.”
— Tom Cronin, Ex. Chair, Irish Survivors of Institutional Abuse; and member of consultation group [DoE]

“I want to recognise JFM, the Open Heart City Collective and CoLab 81-7 for their commitment, work and engagement with survivors and the local community to develop a vision for the Seán McDermott Street site over the last number of years. They have played an invaluable role in securing today’s announcement."
— Mary Lou McDonald, Sinn Féin.