Mega-sport events – like the Olympic Games and FIFA World Cup – have significant long-term effects on the nations that host them. Embracing sustainable development is therefore crucial when planning and running these events.

Research conducted by Professor Theodoraki and colleagues looked at the effects of mega-sport events, and the role of different stakeholders in ensuring they have a positive and sustainable long-term impact. Her findings informed UNESCO’s Action Plan in mega-sport event policy, which led to sport ministers from 97 countries committing to using these events for positive change. Ministers and event organisers have also taken steps to foster transparency, good governance and rigor when evaluating the impact of mega-sport events.

Understanding how stakeholders evaluate the impact of mega-sports events 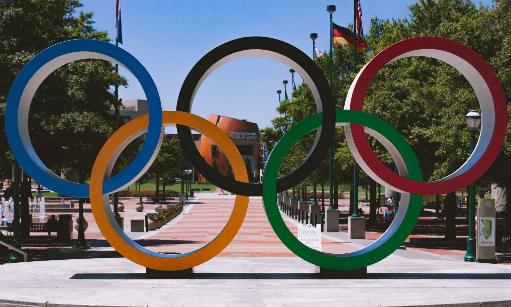 Professor Theodoraki acted as consultant to the Athens Organizing Committee for the 2004 Olympic Games. Then, in 2009, she analysed official communications from the bid and organising committees, to understand how they evaluated and communicated the long-term effects that the event had on infrastructure, local communities, tourism, the economy, and the environment.

To deliver the games in line with the specifications promised in the bid, organising committee must fulfil various contractual obligations to the host nation and International Olympic Committee. Professor Theodoraki found that these obligations shaped communication efforts and influenced the frameworks that were later employed to evaluate the impact of the games.

She went on to study the indicators used to evaluate the long-term economic impacts of pre-Olympic and pre-Commonwealth Games training visits to host cities. A similar study then explored how the long-term impacts of European City of Culture events are evaluated. By examining evaluation documents from events between 1985-2015, the research revealed how methods of evaluation are redefined and standardised over time.

Research led by Dr Amara from Qatar University, with Professor Theodoraki, explored how sports-related projects (such as the Doha Asian Games and Bahrain Formula 1) have led to regional development in the Arabian Peninsula. They identified how events were used for brand and business development by a network of stakeholders to foster regional development.

In 2013, Professor Theodoraki and colleagues at Edinburgh Napier University and Stenden University Qatar looked at how the upcoming Qatar FIFA 2022 World Cup might enable positive behaviour change across society, in terms of physical activity and eco-friendly behaviour. She found that there is high potential for positive change, but many stakeholders face conflicting priorities. There is tension between the desire to achieve long-term legacy goals and efforts to fulfil the event’s short-term requirements.

The relationship between large-scale events and business outcomes was further explored in research led by Professors Michelini and Iasevoli, with Professor Theodoraki. This focused on the Rome International Film Festival and measured whether attendee venue satisfaction had an impact on their likelihood to recall or purchase products sponsored at the event.

The research team includes Professor Eleni Theodoraki of the UCD School of Public Health, Physiotherapy and Sports Science, and collaborators at:

The associated impact activities were undertaken by Professor Theodoraki.

Professor Theodoraki and colleagues have directly influenced international sport policy with the research outlined above. Their findings informed the UNESCO-led sport ministers 2013 and 2017 Action Plans on managing the long-term effects of sport events, and the ministers’ understanding of the role of these events in sustainable development.

Specifically, in 2013 and 2017, Professor Theodoraki shared her findings at the Fifth and Sixth International Conferences of Ministers and Senior Officials Responsible for Physical Education and Sport, held in Berlin, Germany, and Kazan, Russia. Ministers at the meetings expressed their “gratitude to all involved experts for their commitment and contributions”.

She also participated as an expert at the UNESCO event on Match Fixing and Corruption in Sport, held in Doha in September 2015. She articulated a report she had authored on event impact assessment for Transparency International, drawing on previous research findings. This supported the development of a network of policy agents committed to addressing the weaknesses currently found in event evaluation and governance frameworks.

In 2019, Professor Theodoraki was appointed as an expert by the European Commission. She applied her research on mega-sport events to assist the Commission’s efforts to use sport for social development.

Impact on sustainability of mega-sport events in the UK

In all, fourteen reports were published by the Commission. Professor Theodoraki’s work with the CSL has led to a more sustainable legacy from the London 2012 Olympic Games through to present day. Based on their work, guidance was also issued to the Glasgow 2014 Commonwealth Games Organizing Committee.

[Professor Theodoraki] had very significant expertise in the area of events’ assurance and the events’ industry … CSL 2012 added greatly to the credibility of London 2012 and should be a model for future Olympics and other mega sporting events, like the Commonwealth Games, FIFA World Cup and Rugby World Cup.

—Independent evaluation of the Commission for a Sustainable London 2012

Former Mayor of London, and current UK Prime Minister, Boris Johnson noted: “By being at the forefront of public commentary and assurance of the 2012 programme, you [Professor Theodoraki] have maintained a spotlight on London’s commitments and on our delivery against these. Your personal contribution to the Commission has been substantial, providing expertise in the area of event management and I commend you for your intellectual commitment, and for giving up your personal time in this endeavour.”

Impact on professional development in ministries and sport organisations

Research findings on leveraging the FIFA 2022 World Cup for positive social behavior change – as well as findings on the impacts of various mega-sport events and large-scale cultural events – were widely covered in the media. This led to professional development programs in Doha, in 2017, 2018 and 2019, hosted by the Qatar Olympic Academy. 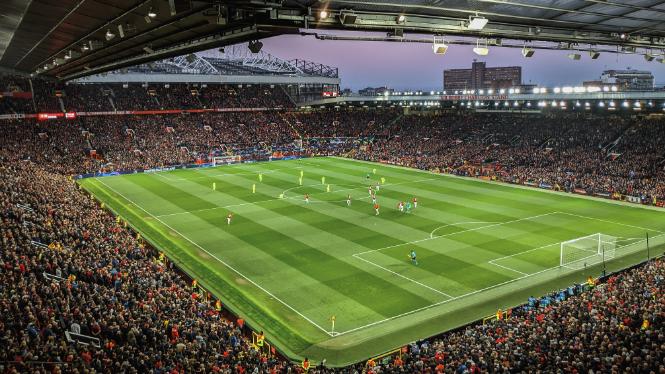 Each year, the events were attended by approximately 20 participants from National Olympic Committees and National Sport Federations in Qatar, Yemen, Oman, UAE and Saudi Arabia. Participants benefited from Professor Theodoraki’s findings, updating their understanding of strategic sport management and learning from the poor performance of event hosts in the past. The Qatar Olympic Academy then acknowledged Professor Theodoraki “in recognition of outstanding contribution and service to sports and athletes in the state of Qatar.”

In 2019, the Chinese Ministry of Commerce, and the Municipality of Chengdu in China, invited Professor Theodoraki to deliver professional development sessions to delegations of senior event managers. She was asked to discuss her research and give advice on the potential for using upcoming mega-sport events hosted in China to create social change.

More recently, Professor Theodoraki, was invited by the Ministry of Public Health of Qatar to share her findings. By disseminating her research findings to policymakers, she informed the Health in All Policies of the Ministry, which seek to leverage public interest in the FIFA 2022 World Cup to foster positive behaviour change, thereby improving public health and protecting the environment. As a result, she was invited to become a visiting guest member of the Ministry’s proposed “Health in All Policies Technical Advisory Group”, which focuses on policies and interventions to strengthen health through sports and the legacy of the World Cup.