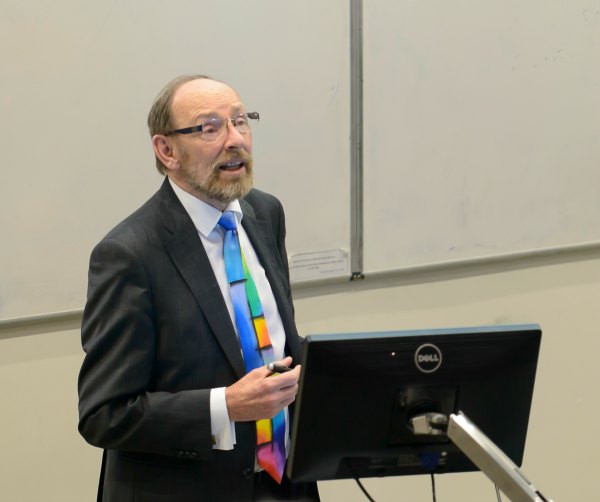 ‌It is with deep sadness and regret that we share the passing of adjunct Professor of Epidemiology and Biomedical Statistics, Leslie Daly, on 13th June 2018.

Professor Daly joined the academic faculty at UCD in 1976 as a Lecturer in the original Department of Social and Preventive Medicine. He was appointed to Senior Lecturer in 1987, to Associate Professor in 1997 and to a full professorship in 2005. For over 40 years – first at Earlsfort Terrace and then in Belfield – Leslie was embedded in the UCD community both in his own discipline and beyond. Though he was based in the School of Public Health, Physiotherapy and Sports Science, he also sat on Academic Council and numerous other university committees. He was chairman of UCD Press and a founding member of CSTAR, the Centre for Support and Training in Analysis and Research.

His contribution to public health and epidemiological research in Ireland was immense and he had an international reputation in adult chronic diseases and their causes. He was a very highly cited investigator with well over four hundred publications, many in major medical journals, including the New England Journal of Medicine, JAMA and BMJ. He was the author of a highly influential textbook, Interpretation and Uses of Medical Statistics, published by John Wiley & Sons. Leslie retired in July 2015 but was appointed as Adjunct Professor of Epidemiology and Biomedical Statistics and continued working with CSTAR and on his research activities.

Outside UCD Leslie provided key support to the examinations committee of the Faculty of Public Health Medicine, Royal College of Physicians in Ireland; his contribution was recognised in 2012 when he was awarded Honorary Fellowship of the Faculty. Leslie was also a seminal contributor from the very early days of what is now the Department of Preventive Medicine and Health Promotion in St Vincent’s University Hospital, when it was a Department of Preventive Cardiology. He provided input to the work programmes and particularly the ground-breaking epidemiological and health promotion research output of this Department over three decades.

Leslie touched many throughout his time at UCD. He was described by those who knew him as warm and supportive to colleagues and students alike, with a great sense of humour, who will be very fondly remembered. Leslie was truly a giant of the UCD academic community and will be deeply missed by all who knew him. Our sincere condolences go to Anne, Erika, Selena and all his family.