Our Thanks to Professor Patrick Murray 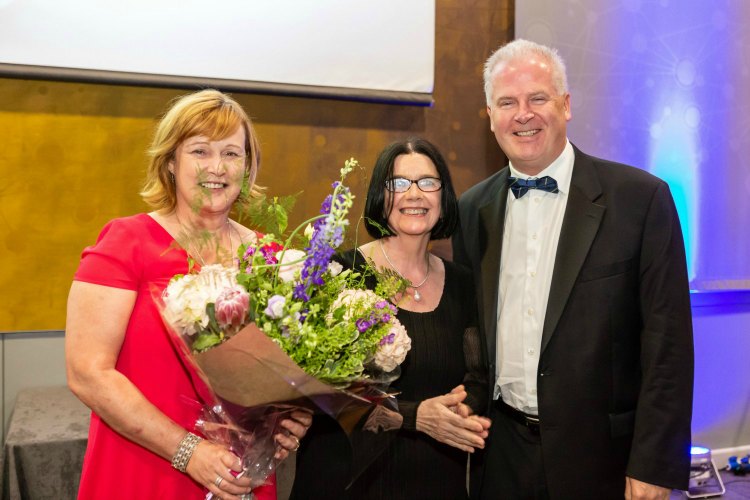 As he concludes his term as Dean of Medicine and Head of School, we take this opportunity to thank Professor Patrick Murray for his outstanding leadership and for his tremendous support to the students and staff in the School of Medicine and beyond over the past five years.

During his tenure as Dean of Medicine and Head of School, Pat has prioritised support to students and staff ensuring the highest quality of education and training as well as encouraging fundamental biomedical and clinical translational research. He has overseen the continued expansion of the Medicine programmes, diversifying student intake such that students are now drawn from 40 overseas countries. He has supported the increased intake to the undergraduate Radiography programme from 40 per annum to 100 per annum to meet increased clinical workforce needs and introduced a number of new graduate taught and graduate research programmes.

Prof Murray's term as Dean was characterised by strong support to students, who he encouraged to academic excellence and extra-curricular pursuits. He developed several new international elective opportunities and built strong connections with overseas medical schools. His willingness to engage with students on their terms was perhaps best exemplified by his participation in the Student/Staff Soccer competition and the L&H Society Debates.

Building on his work as Associate Dean for International Relations, Pat continued to develop several international initiatives including the 'Introduction to the Pratice of American Medicine' in conjunction with Harvard Medical School, a clinical research masters in conjunction with Shenzhen University and oversaw the awarding of Foreign University Branch Campus status by the Malaysian Government to Penang Medical College.

Prof Murray was Chair of Irish Medical Schools Council, Penang Medical College and UCD Charles Institute. He build strong and effective collaborative links with other Irish Medical Schools and Chaired the UCD Clinical Research Centre. Despite his many administrative responsibilities, he maintained a significant teaching role and research profile.

We are delighted that Pat will now resume his original duties as Professor of Clinical Pharmacology.

On behalf of the College Principal and Staff, we would like to thank Professor Murray for all of his outstanding contributions to not only the School of Medicine, but to the College of Health and Agricultural Sciences as a whole.