MA in Writing for Stage and Screen 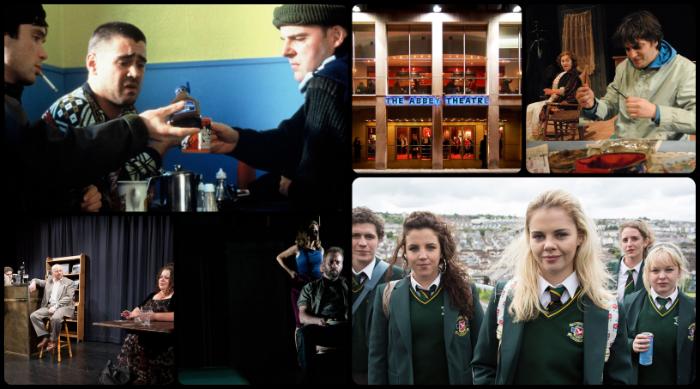 Today, as never before, writers are moving between different media  - stage, television, film and online.  In recognition of such a range of outlets, and the opportunities it affords, this new MA programme encourages participants to develop their own work across diverse platforms - working on the particular strengths of one foundational genre - drama - before developing their writing into more visual forms.  During the module we focus on the commonalites across dialogue-based narratives, and how a writer can play to the strengths of their particular medium - before making the transition into another one.  Above all, we seek to equip writers with the tools and confidence to work as and when the openings occur, to have the flexibility to move between forms, and even between fiction and non-fiction, as they wish.  The digital revolution has democratised creativity, there are many openings for skilled and determined writers, and participants should be well-placed to take advantage of this fact.

In many ways the module follows in the footsteps of Irish playwrights who have deftly translated scriptwriting skills into writing for the screen, large and small; including Conor McPherson, Marie Jones, Enda Walsh, Stacy Gregg, Lisa McGee, Martin McDonagh, and Mark O’Rowe.  The Writing for Stage and Screen MA will offer you the opportunity to devote a considerable amount of time to intensively write, develop and reflect upon your own creative practices.  You will receive intensive, ongoing feedback, both in a group setting, and one-on-one, and encouraged every step of the way.

The UCD M.A. in Writing for Stage and Screen builds on the tradition of Irish playwrights, allowing students to write, evolve and reflect on their own creative practices.

• Graduates of the MA will leave well-equipped to work in theatre, media, film and the narrative arts.
• Intensive one-on-one and group feedback will be given on an ongoing basis.
• The practical aspects of film-making will also be addressed, with the involvement of professionals from the worlds of film and television.
• Seminars, process/studio sessions, theatre visits, critical and creative prompts and creative mentorship will also be included.
• Respect for diversity of creative approach and the individual aspirations of participants will be central. Graduates will be offered the chance to take part in an advanced "writers-group", after the course, recognising the importance of continuity of care as they make their way in the world of media and the arts.

Students complete a Play/Screenwriting Project, which includes group sessions with members of
Fishamble Theatre Company, who are renowned for their role in the development and production
of new work. Similar collaborators will be in place for those interested in writing for screen.
Professional contributors over the past number of years include Conor McPherson, Frank
McGuinness, and more recently Mark Doherty, Rachel Feehily, Declan Hughes, Sophie Motley and
Noelia Ruiz

Students will also study a range of modules, including:

Teaching settings include seminars, process/ laboratory sessions, theatre visits, critical appraisals,
and supervised research. All students are offered the opportunity to develop their research and
analytical skills and their presentation and teamwork skills. Dublin also boasts a rich theatre culture,
enabling students to enrich their studies and research.

MA in Writing for Theatre 2018

I chose this program for the well-rounded and engaging faculty. Their combined warmth and expertise helped me to build both my theoretical and creative skills. Their planned courses employ the idea that
good readers make good writers and I would recommend the programme to anyone who loves reading, loves writing, and actively wants to feel more fulfilled
doing both. In addition to their guidance and compassion, I had the goodwill of the Dublin theatre scene. Because of Ireland’s smaller size and rich history, it is a wonderful country in which to navigate drama and literature

Graduates of the MA are equipped to work in theatre, media, cultural and educational settings, but, above all to actively pursue their own writing projects. The UCD School of English, Drama and Film offers unique insights to students through its deep involvement in the progress of Irish literary affairs. Many of Ireland’s leading writers were educated at UCD including: Edna O’Brien, Éilís Ní Dhuibhne and Neil Jordan.

The MA in Writing for Stage and Screen is available on a full-time and part-time basis.

Are you are ready to apply entry requirements and application information can be found online: ucd.ie/apply

If you have queries about this course, we would love to hear from you.