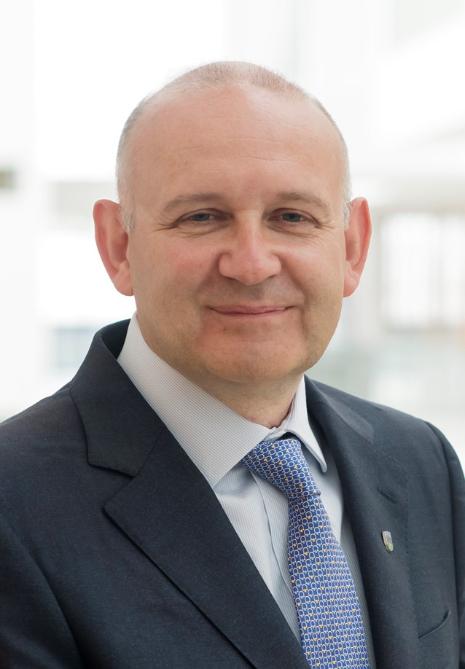 Jeremy Simpson obtained his PhD from the University of Warwick (UK). After post-doctoral work at the Scripps Research Institute (San Diego, USA) and the ICRF (London, UK), a long term EMBO fellowship took him to the EMBL (Heidelberg, Germany), where he developed and applied novel high-throughput imaging approaches to study protein localisation and membrane traffic in mammalian cells. In 2008 he was appointed as Full Professor of Cell Biology at University College Dublin (Dublin, Ireland). His lab applies high-throughput imaging technologies to study intracellular trafficking pathways, diseases associated with organelles of the endomembrane system,and  the internalisation routes taken by synthetic nanoparticles on exposure to cells. His lab also develops novel 3D cell models allowing the quantitative study of cell behaviour at multiple scales, with applications in drug delivery. He has authored over 120 peer-reviewed articles, including articles in Nature Cell Biology, Nature Communications, Nature Methods and Scientific Reports and runs the UCD Cell Screening Laboratory. He is currently the College Principal and Dean of Science. 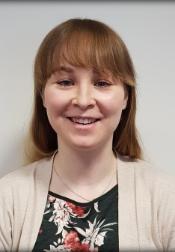 Margaritha completed her Bachelor and Master degrees in Molecular Biology at the Westphalian University of Applied Sciences in Recklinghausen, Germany. She undertook her Master thesis work in the laboratory of Prof. Jeremy Simpson in UCD from October 2016 to August 2017. During this time, she characterised five novel proteins involved in the regulation of the Golgi-to-ER retrograde pathway in mammalian cells. She recently completed her PhD in Prof. Simpson’s laboratory, developing a three-dimensional (3D) cell model (spheroids) to investigate membrane trafficking events. A component of this work was undertaking a comparative study with a conventional two-dimensional (2D) monolayer cell model. Margaritha is now working as a research scientist in the laboratory continuing her research on how membrane trafficking events are regulated in spheroids. 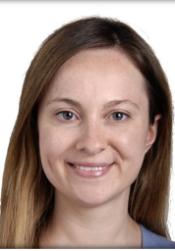 Elena completed her undergraduate degree in Biotechnology at the University of León in Spain. She then completed her Master’s degree in Neuroscience at the Complutense University of Madrid in Spain. Elena moved to Ireland where she worked as a research assistant for 18 months with Dr. Niamh O’Sullivan on a project involving the development of novel human cell lines and D. melanogaster as models of disease using CRISPR Cas 9 gene editing. Elena was awarded Irish Research Council funding in collaboration with Dr. O’Sullivan and Prof. Simpson to pursue her PhD. Her work focuses on the study of alterations in organelle morphology and their link to neurodegeneration, as highlighted by Hereditary Spastic Paraplegia, a congenital form of neurodegeneration most frequently caused by mutations on proteins that shape endoplasmic reticulum tubules. 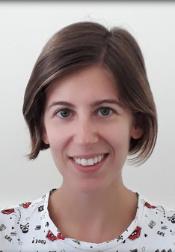 Sofia has a Bachelor’s degree in Natural Sciences from the University of Palermo in Sicily, and a Master’s degree in Genetics and Molecular Biology from the Sapienza University of Rome, Italy. She was awarded an Irish Research Council fellowship in 2019, enabling her to move to Dublin and carry out her PhD studies in the lab of Prof. Simpson, working on small GTP binding proteins of the Rab family. These proteins play essential roles in the organisation of cellular organelles and the trafficking pathways that operate between them. Recently it has been found that mutations in the gene encoding for Rab33B are responsible for a hereditary skeletal dysplasia called Smith-McCort dysplasia. The aim of her project is to characterise the Rab33B protein, to better understand its role in healthy cells and what goes wrong in cells that contain the mutated versions. 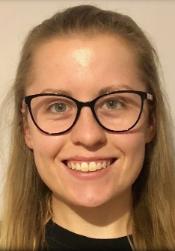 Alannah received her undergraduate degree in Cell and Molecular Biology from UCD in 2019. She was awarded Irish Research Council funding in 2019 to carry out her PhD and is currently in her third year. Her research focuses on how nanoparticles (NPs) are internalised and trafficked through cells when they grow as 3D spheroids. This project aims to provide the first molecular understanding of the mechanisms by which NPs , as potential drug delivery vehicles, penetrate into solid tumours, using in vitro grown cellular spheroids as a model system. 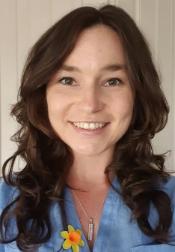 Adele received her undergraduate degree in Biology and Chemistry from Maynooth University in 2014, with an international year spent at York University in Toronto, Canada. She then completed a one year MSc in Biomedical Science at Ulster University in 2015, where she undertook a research project under the supervision of Prof. Colum Walsh, comparing the effects of Decitabine to those of other small molecule inhibitors on the reactivation of epigenetically silenced genes. Adele then joined UCD and worked as a Research Assistant for two years in Assoc. Prof. Antoinette Perry’s lab where she focused on the epiCaPture project, developing a urine DNA methylation test for the early detection of aggressive prostate cancer. Adele was awarded an Irish Cancer Society Scholarship in 2020 to carry out a PhD project entitled - ‘Investigating the heterogeneic biology of ovarian cancer metastasis using high resolution imaging to inform novel combination therapies’. Adele began her PhD in January 2021 and is supervised by Assoc. Prof. Antoinette Perry (UCD), Prof. Jeremy Simpson (UCD) and Assoc. Prof. Joanne Lysaght (TCD). 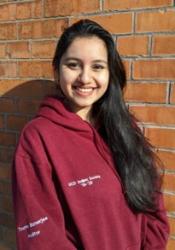 Teerna received her undergraduate degree in Cell and Molecular Biology from UCD in 2021. She was awarded Irish Research Council funding in 2021 to carry out her PhD and is currently in the first year of her PhD studies, co-supervised by Prof. Jeremy Simpson and Dr. Andrew Lindsay (University College Cork). Her project focuses on understanding the role of the Rab11 GTPase family in the context of cancer. The RAB11 gene family is often deregulated in cancer, acting as tumour suppressor genes and oncogenes depending on the localisation of the tumour. Rab11 proteins predominantly function on endosomal membranes, regulating a number of recycling pathways to the plasma membrane of cells. However, comparatively little is known about their cell biology in a 3D context. Her project explores the Rab11 interaction networks in the context of organelle in a 3D cell model. 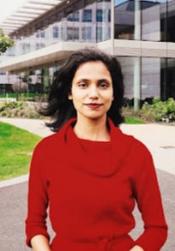 Unmani is a BTech. Biotechnology graduate from Pune University, India. In 2018 she moved to Dublin, and completed her MSc in Biological and Biomolecular Science from UCD. In 2021 she was accepted on to the SFI Centre for Research Training in Foundations of Data Science, and has started her PhD in the lab of Prof. Simpson, co-supervised by Dr. Graham Hughes. Her project involves analysing data from Multicellular Tumour Spheroids (MCTS) models in the context of exploring protein subcellular localisation and targeting them as part of drug development. She is specifically focused on small GTPase proteins of the Rab family, and finding links between cell-based experimental data and existing cancer genomic, transcriptomic and expression datasets. Her work integrates high-content screening data from MCTS models with genomic and transcriptomic data, highlighting potential expression patterns in Rab family contributing to cancer progression. 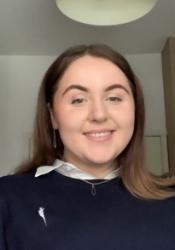 Lucy Dornan is a final year BSc. (Hons) Cell & Molecular Biology student at UCD. She is currently undertaking her final year research project in the lab, investigating the involvement of different classes of proteins associated with the Golgi apparatus in the Rab6-dependent retrograde transport pathway. This transport pathway was first discovered over twenty years ago, yet remains poorly characterised. Lucy’s project employs advanced fluorescence microscopy to visualise constructs of Golgi proteins fused to fluorescent proteins, and observe their localisation patterns when the Rab6-dependent pathway is stimulated.