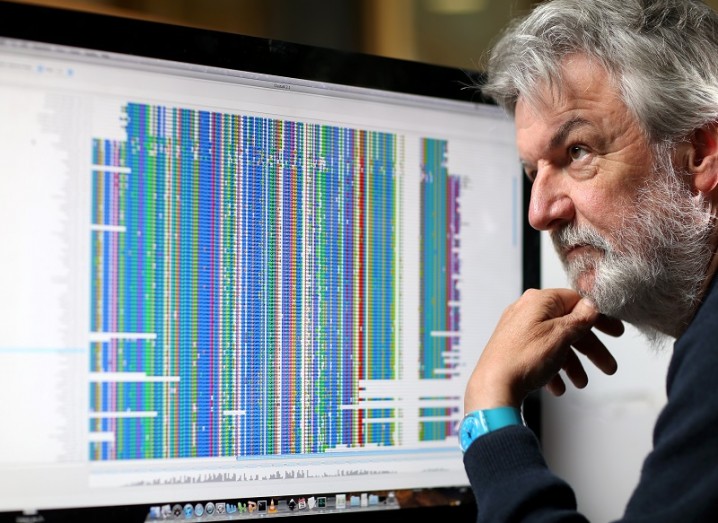 Des Higgins, Professor of Bioinformatics at UCD Conway Institute, has been named as one of four recipients of the Motoo Kimura award. He has been recognised for his advancements in evolutionary biology, specifically in the field of molecular phylogeny.

The award is presented by the Motoo Kimura Trust Foundation for the Promotion of Evolutionary Biology. Mr Osamu Suzuki, chairman of Suzuki Motors Corporation, established the foundation in 2006.

Molecular phylogeny is the study of a gene’s molecular differences in order to classify an organism and categorise it on a map of evolutionary relationships, known as the phylogenetic tree.

Prof Higgins is responsible for the development of Clustal, an industry standard suite of programmes used for aligning protein sequences. In 2014, Nature placed him in the top 10 most-cited bioinformatics researchers of all time.

Prof Higgins is being honoured along with Prof Giorgio Bernardi, Roma Tre University, Prof Montgomery Slatkin, University of California, and Prof Marcus W. Feldman Stanford University. They will receive their awards at a ceremony in Tokyo, Japan on June 1, 2016.

The Motoo Kimura award is named after the pioneering Japanese scientist who proposed the neutral theory of molecular evolution. Dr Motoo Kimura’s theory holds that on a molecular level most of the evolution within and between the species occurs through neutral mutation that spreads by chance.

His theory of neutral mutation differs from Darwin’s theory of natural selection. In 1992, The Royal Society awarded Dr Kimura the Darwin Medal for work of distinction in the area of biology.