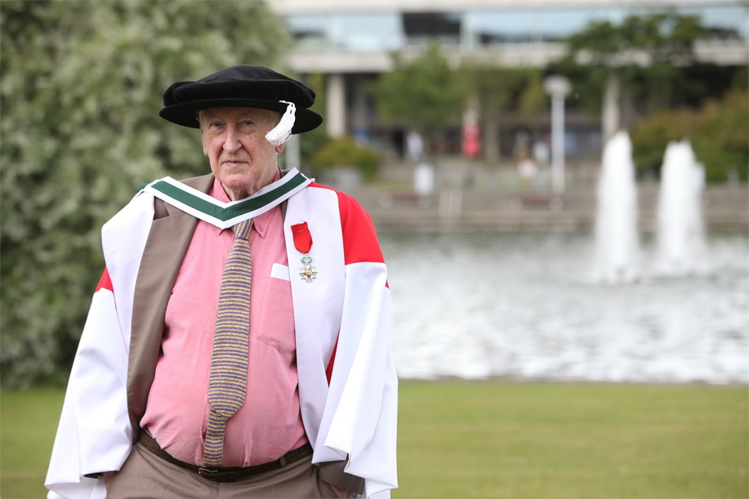 It is with great sadness that the UCD community received the news of John Montague’s passing in France today, Saturday 10 December 2016.

A towering figure of Irish letters, and one of the great statesmen of Irish writing at home and abroad, John Montague was a graduate of University College Dublin (BA 1949, MA 1953).

“John Montague will be remembered not only for his moving and influential public poems but for his most tender poetry of love and loss” Professor Margaret Kelleher, UCD Professor of Anglo Irish Literature said.

John Montague was appointed the first Ireland Chair of Poetry in 1998 and received an honorary degree from UCD in 2011 alongside subsequent chairs of poetry Nuala Ni Dhomhnaill, Paul Durcan, Michael Longley and Harry Clifton with Seamus Heaney receiving the UCD Ulysses Medal on the same occasion.

Professor Kelleher expressed her condolences to his family.