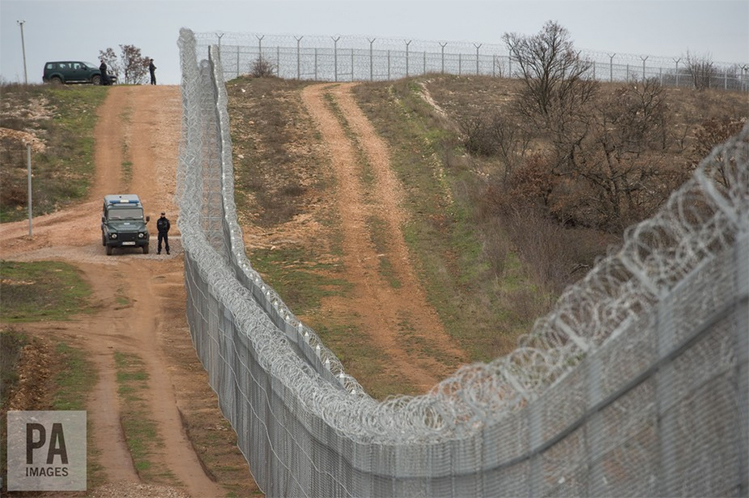 Do we all have a right to cross borders?

In early December, British foreign secretary Boris Johnson was forced to deny reports that he’d told a group of ambassadors he was personally in favour of the free movement of people across the European Union.

Given his previous negative public statements on the issue, reports of his private support for the principle, which allows all EU citizens to move freely around the bloc, came as a surprise. Speaking to a Czech newspaper in mid-November, he had rubbished the idea that free movement is a central principle of the EU and denied that “every human being has some fundamental God-given right to move wherever they want”.

Many were quick to point out that Johnson was confused on a matter of law. The EU parliament’s lead Brexit negotiator Guy Verhofstadt quipped on Twitter that he would bring a copy of the 1957 Treaty of Rome, the treaty establishing the European Economic Community (later the EU), to the negotiations to correct Johnson. Article 3 of the treaty proposes the abolition of “obstacles to freedom of movement” between member states.

Yet while Johnson’s shaky grip of the facts about the EU should not surprise us. His comments inadvertently touch upon a fundamental moral issue that often gets overlooked in debates around immigration: whether there is a fundamental human right to move.

The right to immigrate

Talk of building walls, taking back control and “legitimate concerns” over immigration implicitly assume that states have a right to exclude who they wish. Yet among moral and political philosophers there is no consensus on the legitimacy of border controls and important arguments have been made for a human right to immigrate.

Those who take this position are not necessarily committed to an anarchist perspective that rejects the very idea of states – though free movement was an important demand for radical philosophers linked to what’s known as the “alter-globalisation” movement. Instead, some argue for freedom of movement based on the logical and consistent extension of mainstream democratic values.

We tend to think of the right to free movement within a state as an essential freedom. If the government banned you from visiting and settling in certain parts of the country you would rightly feel outraged. The government would be denying you the choice of where to live and study, who you can form relationships with, who you can associate with on a religious or political basis, and it would be denying you a range of important economic opportunities. These are fundamental choices that affect how our lives are lived.

But notice that these very same considerations also apply to freedom of movement across borders. In today’s globalised world, restricting your right to move across borders is not so very different from confining you to the boundaries of Yorkshire, say, or Seattle.

Citizenship in an age of growing inequality

Perhaps the strongest argument, however, concerns the brute injustice of the world’s current border regime. Those born into prosperous states enjoy life prospects virtually unknown to would-be migrants in poorer parts of the world who are condemned to lives of poverty and destitution. A sign near the train station in Como, Italy. Francesca Agosta/Ti-Press

This fact seems morally arbitrary if we accept the basic equality of human beings. In the words of the philosopher Joseph Carens, citizenship in Western liberal democracies is: “The modern equivalent of feudal privilege … an inherited status that greatly enhances one’s life chances.”

Global inequality has been increasing dramatically over the past few decades. According to World Bank figures, American citizens were 72 times richer than sub-Saharan Africans and 80 times richer than south Asians by the year 2000.

The argument for a right to move is strengthened further when we consider how wealthy, Western states have profited from colonial relationships with many of the very same countries migrants are fleeing. These same states are among those who now set the rules of the global economy to their own advantage thanks to power imbalances in the World Trade Organisation, International Monetary Fund and World Bank.

Refugee law currently affords no protections to those escaping life-threatening poverty since it limits the definition of “refugee” to those fleeing persecution.

In these circumstances, the “illegal” crossing of borders, which so preoccupies the newly-elected Donald Trump and right-wing populists across Europe, might actually be considered a justifiable form of resistance and civil disobedience against the economic injustice of the global order.

Is a right to move plausible?

Many will be tempted to dismiss these arguments as the utopian fantasies of philosophers which fly in the face of basic common sense. Or they might point to the unacceptable level of cost and disruption which they predict will be the consequence of opening borders.

Yet we should reflect on the fact that many previous injustices, such as the institution of slavery, seemed like common sense at the time. The arguments given back then against abolition – based on its likely cost and disruption to slave-owning societies – seem perverse and wholly unconvincing today.

A more principled argument for restrictive border controls could be mounted on the basis of a state’s right to self-determination or on the purported rights of a nation to preserve its cultural identity. Some philosophers, such as the British political theorist David Miller, have attempted arguments along these lines.

But I think these philosophical arguments against a right to move are ultimately unconvincing. They fail to give sufficient weight to the essential interest that all of us have in being able to live, love, study, work and settle without being restricted by the coercive and often violent imposition of borders. In the context of massive inequality, the current border regime is even more unjustified, akin to the arbitrary and anti-human character of a global caste system.

Those who believe in more open borders are currently on the political defensive in Britain and elsewhere. With much of the debate framed in narrow terms around migrant “skills” and “economic contributions”, it is important not to lose sight of immigration as a moral issue.

If we approach it in this way, we will surely conclude that the current border regime is unjust and indefensible.