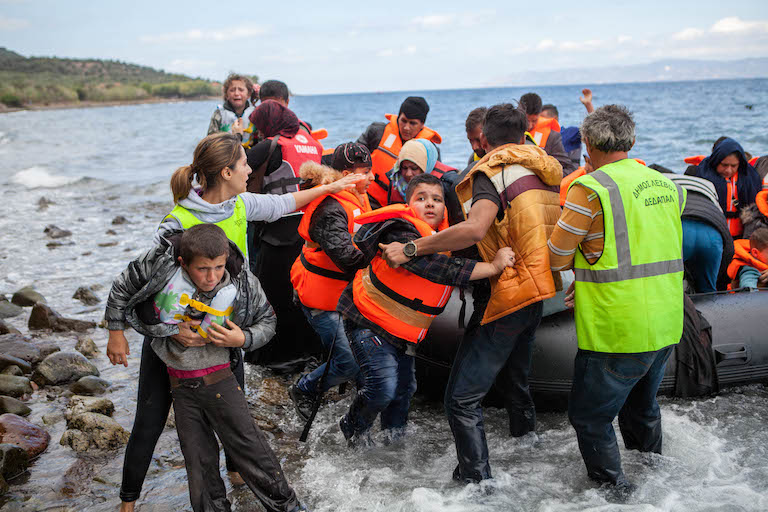 An estimated three-fifths of migrants who arrived in Europe in 2015 were from the top 10 refugee producing countries in the world, according to Director of the European Union Agency for Fundamental Rights (FRA), Professor Michael O’Flaherty.

“The fact is a significant majority of these people are coming from the countries where typically those who arrive are entitled to international protection. They are legitimately considered to be fleeing from persecution.”

O’Flaherty, a graduate of UCD School of Law, used this as evidence against the idea that the migrant crisis was caused by those “looking for the good life in Europe.”

He was speaking during an address to the UCD Centre for Human Rights. In his speech, O’Flaherty also outlined the high number of children caught up in the crisis.

Between 300,000 - 400,000 of the one million migrants who arrived in Europe in 2015 were under the age of 18. “Of those children, an untold number of thousands were what we term unaccompanied minors, meaning they’re alone.”

The crisis was a turning point and “arguably the biggest challenge” from a human rights perspective the EU has ever faced, he said.

“We’re at a point where the system is more at risk, more vulnerable, more at risk of collapsing than I have seen in my lifetime and arguably anyone has seen since 1948.”

“In large part that’s because of the sense that we will fail on the refugee crisis. It is arguably the biggest challenge from a human rights point of view that the EU has had to face in our lifetime.”

“It’s an enormous challenge presented to the Union. A challenge which confronts it with this issue with whether it’s really a Union of a values or whether it’s just a mean-spirited economic space.”

“And if we fail to demonstrate that it is indeed the Europe of values, through a value filled response to this crisis then we will be left with a very naked emperor, a very shaky edifice, and I would suggest, profound and perhaps lasting damage to the human rights system that is one of the great achievements of modernity.”