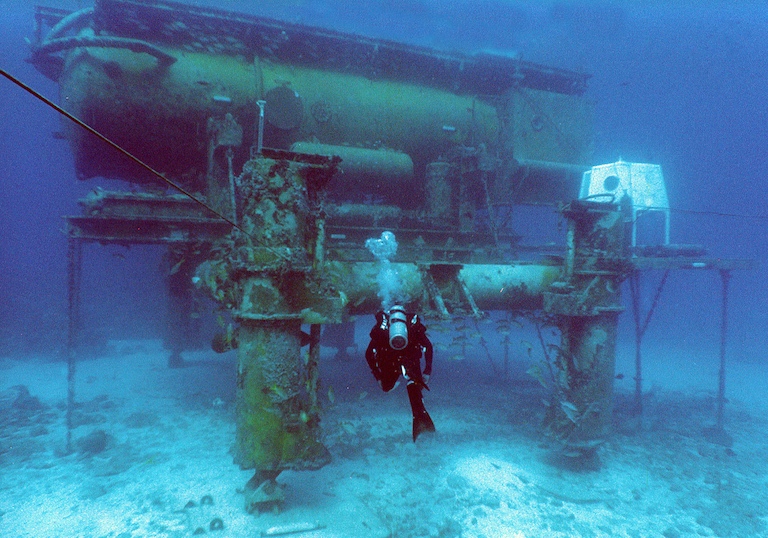 The NEEMO missions are used to test tools and techniques that could be applied during future missions into space. Crew members live in conditions and follow a daily schedule designed to replicate those onboard spacecraft. Dr Ó Gríofa will live on the Aquarius Undersea Reef Base for eight days.

The NEEMO 21 Crew will complete underwater 'spacewalks' to collect samples for marine biology and geology studies during their mission. They will also test DNA and data devices onboard the craft.

"If you imagine a small space station stuck on the bottom of the Atlantic Ocean, about 200 square feet. You have six people effectively crammed down into this tiny little space,” said Dr Ó Gríofa on RTÉ’s Morning Ireland.

"This NEEMO mission has brought together leading researchers from NASA, ESA and other organisations to collaborate on some very exciting scientific projects."

Pictured top: The Aquarius Undersea Reef Base off the coast of Florida. Credit: NOAA.

"The research that we are conducting in telemedicine, epigenetics, remotely operated underwater vehicles and telomere regeneration not only have a direct application to contributing to future spaceflight missions but create the building blocks for significant advances in conventional medicine and technology," he added.

The two astronauts joining Dr Ó Gríofa are Reid Wiseman and Katherine Megan McArthur. Wiseman spent over five months onboard the International Space Station as a member of the Expedition 40/41 expedition crew and will command this NEEMO mission. Megan McArthur was part of the STS-125 crew that completed the last mission to the Hubble Space Telescope.